Beverly Johnson won a place in history when she became the first woman of colour to appear on the cover of Vogue magazine in 1974. More recently, the model-turned-CEO (Johnson runs her own successful hair-extension business) has been in the news after alleging that she was drugged by Bill Cosby in the mid-80s, but managed to escape. Here, the celebrated supermodel – whose new memoir The Face That Changed It All is in bookstores now – shares some of the secrets to her success, including why you don't get to pick what it says on your tombstone.

An accidental icon is still an icon

Looking back, I am extremely grateful to have been part of something of such significance, but at the time I wanted to be on the cover of Vogue because I knew that meant that you were a top model. I don't even think I was aware that there had not been a person of colour on the cover before me. When it happened – I have never been so excited in my life. I was in New York City and I had been making all of these strategic moves to try to advance my career. Afterward I realized that I was now going to be the representative of "black is beautiful" in mainstream America. It was kind of a drag at the time. I just wanted to go back to college and get all of the boys that I couldn't get before and all of a sudden I'm carrying this really heavy responsibility on my shoulders. It was like all of a sudden everybody was going to be watching me and I don't want to mess this up.

You don't get to decide what it says on your tombstone

I'm like everyone else when it comes to anything that's really ugly and unsettling, I just want to get into bed and pull the covers over my head, but this was one of those things where it wasn't a choice. [When the Cosby story was first coming out in the mainstream news], I saw these women on television being crucified and vilified. Here I am watching them and knowing that they're telling the truth. My conscience just wouldn't let me stay quiet. It was incredibly difficult, and let's just say I didn't expect my legacy to read: First woman of colour on the cover of Vouge and the woman that Bill Cosby drugged. But you know, that's how it goes. People talk about silver linings and I don't see it that way. This is a horrible situation – humanity at its most evil. But if this is my opportunity to move the needle even the tiniest bit in the conversation about violence against women, then I have to take it.

Being an entrepreneur sounds great but, oh my God, it is the most arduous, challenging experience I've ever had. It reminds me of the game of golf. Golf is as much about managing the mistakes you make as it is making that perfect shot. Even the best players in the world are going to take an imperfect shot and then you have to respond to it. Maybe you land in a trap, then it's, "How long is it going to take me to get out of there?" The nice thing is, it works both ways. Sometimes you take a bad shot and then it hits a tree and it bounces over to the hole.

Keep your eyes on the tunnel

I grew up doing competitive swimming and my family was very big on work ethic, so I think that was helpful in giving me the tunnel vision that I needed. I know there was a lot of racism in my industry – art directors back in the day would draw sketches of how they wanted to position the different models. The blonde is going to be here, the redhead over there. They would illustrate all of the other girls and then for the black model they would just draw in a round black spot. That was me! The crazy part is that they were oblivious to why this might be offensive. But I was able to just block most of that out and do the work.

This interview has been edited and condensed by Courtney Shea. Special to The Globe and Mail 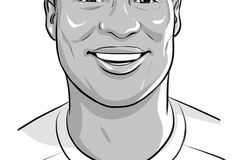 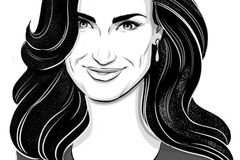 ‘If you fail to prepare, prepare to fail’: Celebrity chef Chuck Hughes shares his secrets to success
September 18, 2015 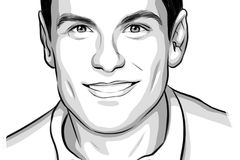