In Quantum of Solace, James Bond (Daniel Craig) sneaks backstage at the opera house in Bregenz, Austria and steals a midnight-blue evening suit from a locker. It fits him perfectly – and we're not surprised: No matter what trouble 007 gets into, he is always in control of his wardrobe.

James Bond is the most influential figure in men's wear who doesn't actually exist. He is not so much a fashion icon as a walking, fighting advertisement for the notion that a man can wear beautiful clothes and still be bad ass. The Bond wardrobe exists in a zone of conflicting force fields, with elegance pulling against violence, classic style against fashion, subtlety against flash.

While Carnaby Street was dressing the Age of Aquarius in paisley and bell-bottoms, Sean Connery's Bond toughed it out in a Savile Row suit. When malls were full of unstructured Armanistyle jackets, Roger Moore stuck to a tailored style. But 007 hasn't stayed entirely aloof from fashion. In the new release Skyfall, Craig's tight jackets and low-rise pants (designed by Tom Ford) make Bond look very 2012.

In Casino Royale, the first Bond book, Ian Fleming devotes only half a line to the hero's clothing, at the moment when 007 "slipped his single-breasted dinner jacket coat over his heavy silk evening shirt." The essentials of Bond's style are all there: simplicity, fine materials, a bias toward formality. In Live andLet Die , Fleming's Bond "firmly refused anything more dashing" than a single-breasted dark-blue suit. A secret agent should not stand out.

Fleming sent Connery to his own tailor, Anthony Sinclair, who dressed the first Bond in a slightly relaxed version of the military-style suits worn by Fleming's upper-crust wartime colleagues in naval intelligence. The fact that Connery didn't grow up with a silver spoon was a bonus.

"One of the most interesting things about Connery is the dynamic caused by the costume," says Lindy Hemming, costume designer for five Bond films and co-curator of Designing 007: 50 Years of Bond Style, now on view at Toronto's TIFF Bell Lightbox. "You've got this guy who's really physical and working-class, and he's inside this suit that was given from another class."

Later Bonds were sometimes made to look more "street." Roger Moore's pants and lapels widened in the seventies; Timothy Dalton wore eighties power suits. When Hemming began designing for Pierce Brosnan in 1995's GoldenEye , she thought it was time to reinterpret the classic Bond look and hired Italy's Brioni to give a Continental twist to the Savile Row suit.

Ford's sleeker designs for Quantum of Solace and Skyfall mark a swing back toward street fashion. Hemming thinks they're too stylish for a secret agent, but feels they're an important marker of what Craig's Bond is about.

"The nature of the spy has changed," she says. "Bond now is much more like someone who hasn't been a navy commander, as Fleming was. They're making him into a more modern character."

Whatever the cut, in formal or casual wear, Bond has to own it with total confidence. In that respect, he's the model for any man stricken by the clothes anxiety that may come from trying to navigate between street style and office dress codes.

During Craig's debut as Bond in Casino Royale , the film meant to reboot the series and take us back to 007's beginnings, audiences saw a single, shocking flash of clothing anxiety in the spy: He actually has to be taught about fit and detail by Bond girl Vesper Lynd, who dismisses his evening wear with the cutting phrase, "There are dinner jackets, and then there are dinner jackets."

By the time Craig pulls the pilfered dinner suit from the locker in Quantumof Solace , he shows as much style swagger as Connery ever did, even sporting some of the same details. Ford's design echoes features of Bond's Dr. No tux, including the shawl collar and turn-back cuffs (the Ford suit, and a replica of Sinclair's Dr. No dinner suit, are on display at Designing 007).

For some men, Bond's wardrobe is more interesting than his stunts and gadgets – and easier to replicate. If you want a Sandown trilby hat like those worn by Connery in the early Bond movies or the blue La Perla swim trunks Craig wore in Casino Royale , Jamesbondlifestyle.com will tell you where to find them. The original version of those trunks, by the way, sold at a charity auction this month for nearly $72,000. But Bond's influence extends beyond individual garments.

"James Bond is a starting point that allows me to learn about my own interests," says Matt Spaiser, a New York graphic designer who offers detailed analyses of the Bond wardrobe at thesuitsofjamesbond.com. "Bond helped me find my own style."

What more can we ask from the world's best-dressed secret agent? 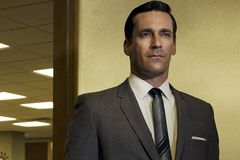 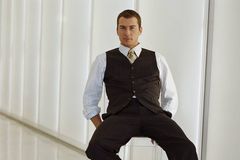 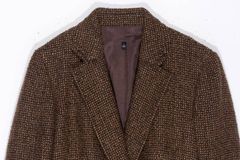