It all started at England’s Glastonbury Festival in June 2005, when one of the most photographed women in the world, supermodel Kate Moss, took in the annual five-day music showcase in a new pair of wellington boots by Hunter, some skin-tight hot pants and very little else.

Moss’s galoshes, pristine at first, were soon caked in mud – not to mention widely discussed.

“She managed to look bohemian and not faux-hemian,” Simon Doonan, the creative ambassador for Barneys New York and a style commenter for Slate, recalled recently, labelling her style “effortless.” In the years since, it has also become much imitated. 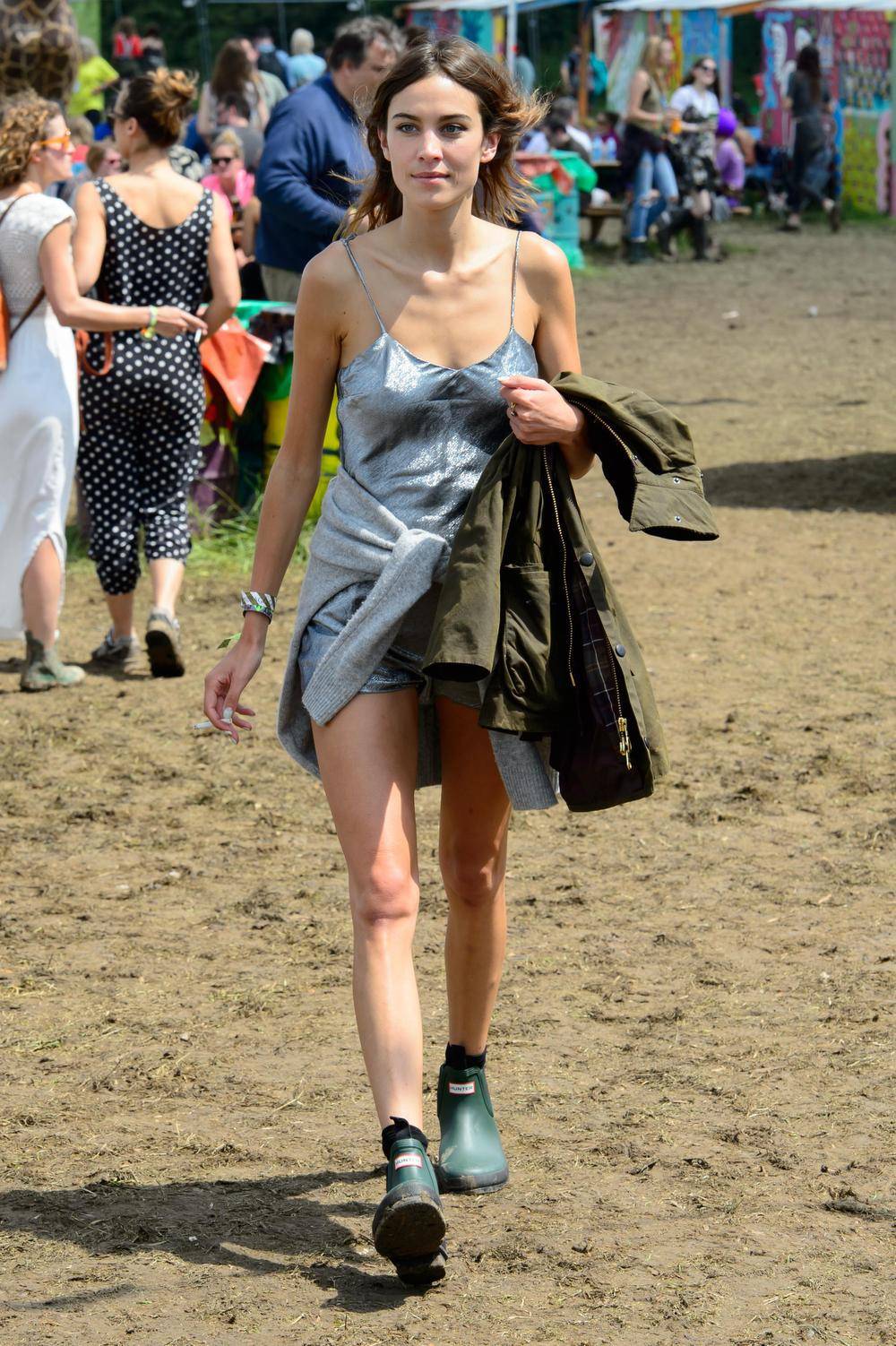 Not long after that style-making moment, Hunter’s brand recognition skyrocketed (by 2011, its wellie sales had risen by 53 per cent in the U.K.and 66 per cent globally) and the music festival itself became both a new source of fashion inspiration and a fresh venue for celebrities and those who follow them to strut their stuff.

Indeed, what’s happening onstage more often than not competes with the spectacle in the crowd these days, the fashion parade that started with Glastonbury extending to North American fests such as Coachella in southern California, SXSW in Texas, Bonnaroo in Tennessee and Osheaga in Montreal. In recent years, labels have started paying celebrities to wear their merchandise to these events, making music festivals yet another red-carpet (make that mudcarpet) opportunity. Attendees, meanwhile, dress for the ubiquitous street-style photographers, looking more counter-cultural in their fringe, tie-dye, floral crowns and maxi skirts than actual flower children did in the sixties. (Some have even started sporting such questionable accoutrements as Native American headdresses, but that’s another story.)

“It is interesting to note that there was very little tie-dye clothing at Woodstock,” says Wade Lawrence, director of the museum at the Bethel Woods Center, site of the granddaddy of all music fests, 1969’s Woodstock. 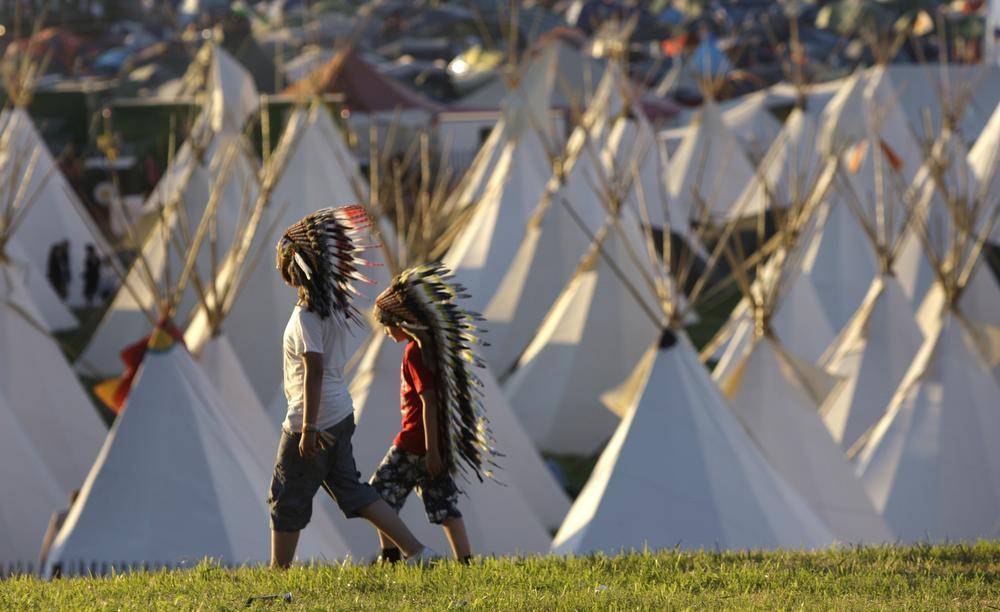 “Most attendees just looked like suburban kids on summer break.” According to Lawrence, “there were a couple of trends at work in 1969. The hippie culture of San Francisco … was becoming somewhat accepted by mainstream society, even influencing the mainstream fashion industry. The typical teenager or twentysomething, however, was not quite so outlandish. If you look at the crowd shots at Woodstock, you’ll see bell-bottom jeans and T-shirts. You’ll also see a fair number of Gant and other button-down shirts – what regular people wore.”

By contrast, today’s festival style verges on kitsch, having evolved from Moss’s relatively understated bohemianism into a 21st-century approximation of sixties hippiedom. At the Field Trip Music & Arts Festival in Toronto this June, for instance, a 24-year-old woman named Michelle sported fringe, a floral garland around her head and a Navajo-print satchel. Her look, she said, was inspired by “Los Angeles and stuff.” Teens Kelly, Taryn and Courtney, meanwhile, wore vintage sunglasses, peasantstyle tops, denim short-shorts and maxi skirts – items they pulled together after studying hippie style online. “I saw a similar outfit on Tumblr and Instagram and I bought this at Urban Outfitters,” one of the girls said. “Same,” another interjected. “I love Kensington Market and hippies.”

Clearly, they aren’t the only ones. On Pinterest, the scrapbook-like social network’s Festival Fashion feed includes tens of thousands of images, broken down into subcategories such as DIY, curvy, Glastonbury, rainy, plus size, Leeds, wellies and more. Urban Outfitters, one of the increasingly numerous mass-market retailers catering to festivalgoers, has its own board devoted to summer-music-bash style called #FestBest. Others in the business of marketing “festival must-haves” of late include Hudson’s Bay, Nordstrom, Topshop, Gap, Doc Marten, Clinique, Amazon and Zappos. Leading up to Coachella in April, the Toronto-based online boutique eLuxe sent out an e-mail blast offering festival packing suggestions that included $218 jean shorts and $124 faux-suede skinny pants, while an e-newsletter from the footwear chain Aldo earlier this summer similarly entreated customers to “rock out” with “music festival essentials” including heart-shaped shades, floral headbands and wooden clogs. 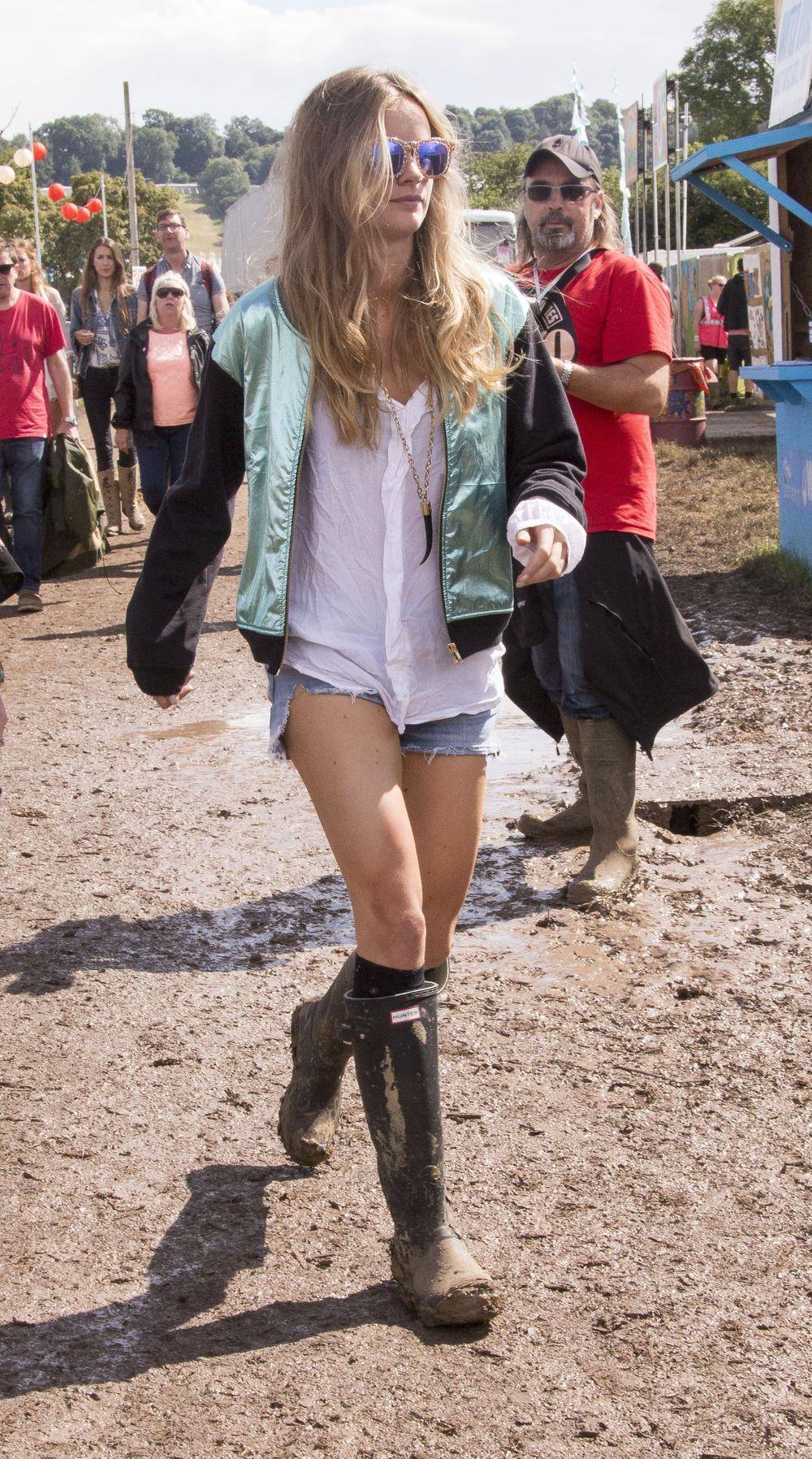 Not surprisingly, the festivals themselves have become increasingly commercial as well. Field Trip, organized by the record label Arts & Crafts, this year featured a Drake General Store pop-up shop, a cold-pressed-juice vendor and an interactive art installation from Grolsch beer. Almost everywhere one looked was an access point for spending, brand alignment and corporate strategy.

Like today’s festival fashion, such branding is a far cry from 1969. At Woodstock, Lawrence of the Bethel Woods Center says, a small vending area in the woods was the only space where non-food sellers set up. “There was no official Woodstock merchandise at the festival, no logo T-shirts for sale,” he adds. What was on offer included “leather goods, posters, paraphernalia and drugs.” Tickets to the three-day event cost $24 (the equivalent of about $120 today).

This year, tickets to Coachella cost $375, while Lea Michele was rumoured to have earned $20,000 for wearing Lacoste throughout the festival. Gwyneth Paltrow reportedly received $15,000 from UGG to wear its boots. “I was a teenager in the sixties, so I went to so many great festivals and saw all the greats perform: Joni, Pink Floyd, the Doors, the Velvet Underground,” Doonan says. “I cannot imagine any of those great counterculture bands or any audience member being a shill.” 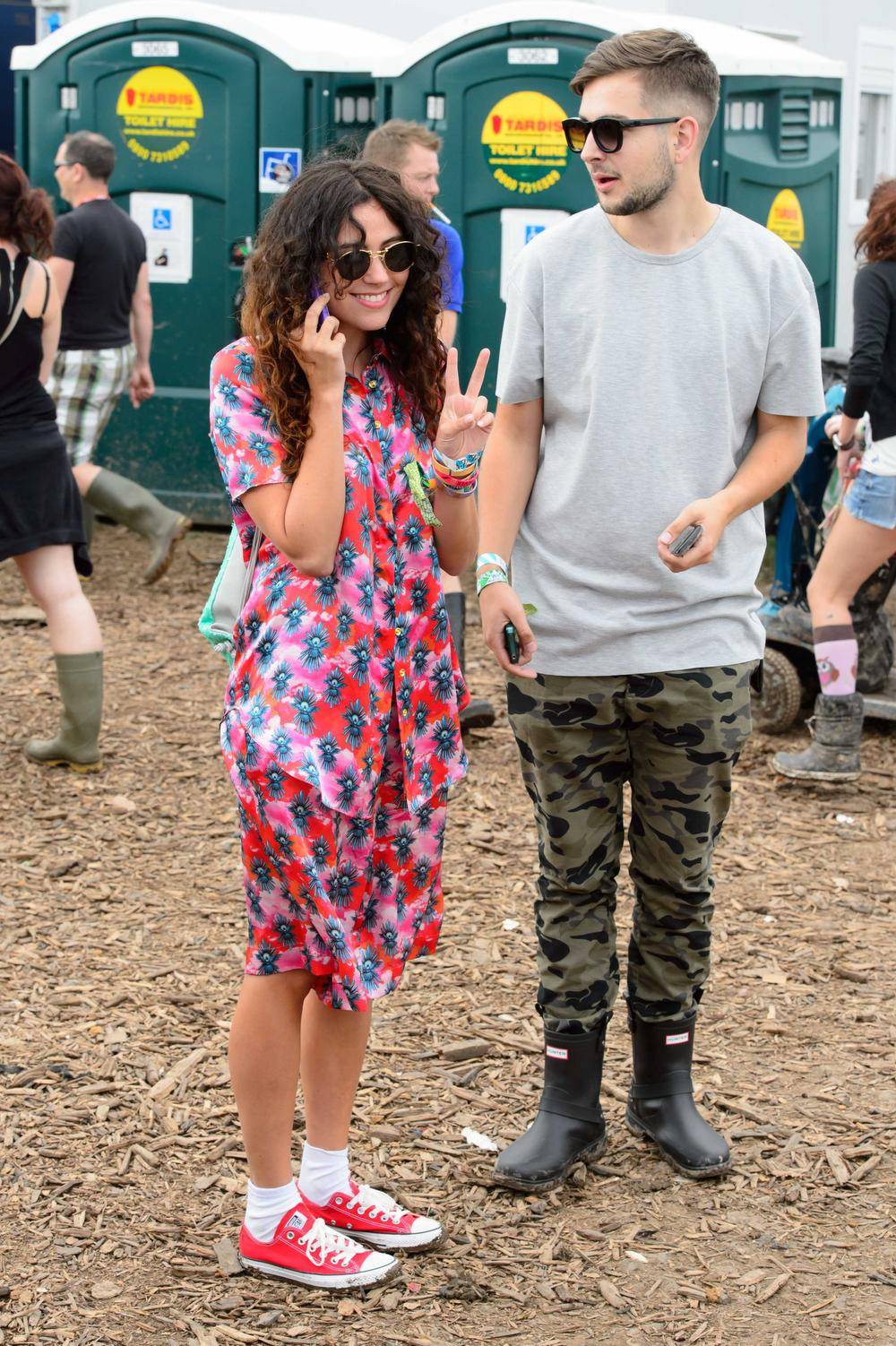 According to the Hollywood Reporter, celebrities could command as much as $50,000 to wear clothes at Coachella 2014. Perhaps that explains the presence of Paris Hilton, Selena Gomez, Khloe Kardashian, Sienna Miller and Vanessa Hudgens there. Less cynically, they might have been in attendance because, as Doonan says, “everyone wants to capture a Woodstock moment.”

“If people are having fun and feeling groovy,” he adds, “then who cares if they are head to foot in fringe and tie-dye?” Certainly not fashion brands.