The most stylish men in any city are often the owners of men’s-wear shops. These guys are higher up the fashion food chain – they pick the clothes you pick from, after all. They’re their own bosses and they spend their working hours scouting out next season’s merchandise months before you’ll know you want it.

But some of the best stuff they discover isn’t always on the shop floor. It’s tucked away in their own private collections. When it comes to personal style, a closet is a window to the soul, as the three independent storeowners on these pages demonstrate.

Each proprietor has a signature look, his closet as curated as the merchandise in his store. Whether his go-to style is poetic and moody, underground biker or head-to-toe 2014, he is committed to it. But a closet isn’t a display case. Unlike the kinds of collections that require white gloves to appreciate, these items – as pricey as they can be – are best admired in real time.

“People will often say, your store is so beautiful, your stuff is so nice, but it’s very expensive,” says Paul Mailing, the co-owner of Serpentine in Toronto. “And I’m like, yeah, it is expensive, but Ferraris are expensive, too.”

The overall message: A wardrobe can be an important investment in your identity. Despite the amount of clothing and accessories these men have amassed, they all have favourites they keep going back to – purchases that pay dividends. They are what they wear. 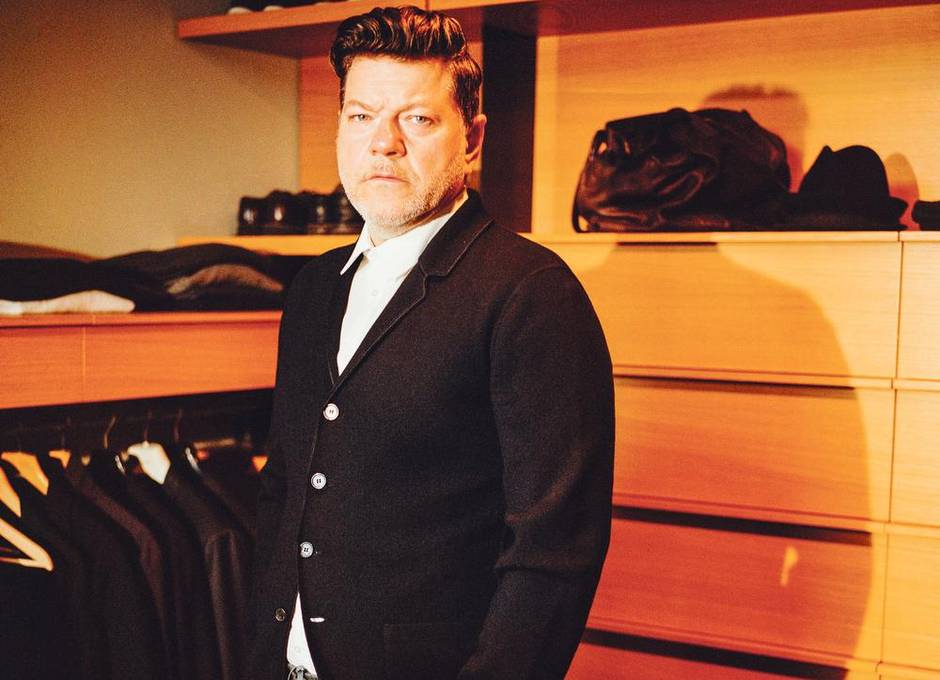 Photos by Kamil Bialous for The Globe and Mail

Michel Brisson plays the long game. He is less interested in the get du jour than in building an audience for a designer at his two eponymous boutiques in Montreal.

“I like it very much when clients refer to pieces they still own and cherish years later,” he says.

Personally, he won’t let go of a Dries Van Noten scarf from the first collection he bought in 2003. The Belgian designer is one of the few printmakers Brisson stocks or, in his own words, “collaborates with.”

His look is often monochromatic, substituting texture and form for colour and print. He would never part with a long black overcoat by Japanese designer Yohji Yamamoto, which he likens to a robe de chambre. Come fall, he can’t stop wearing a Rick Owens bomber jacket from five or six years ago. 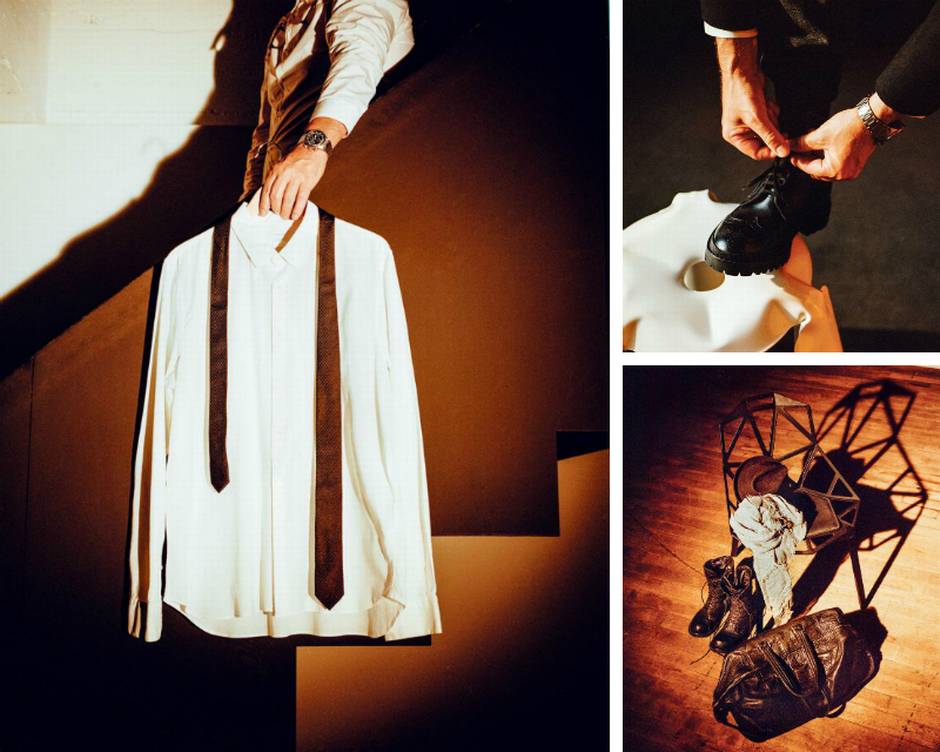 “I prefer the richness of dark colours – all the shades of grey,” Brisson says. “I like subtlety in clothes.”

His only “pop” is a white shirt (he owns about 20) and his chemise of choice is Jil Sander for its pure cotton fabrication and minimalist design.

At his stores, Brisson stocks his staple Oxford shirts alongside pieces by Ami, Saint Laurent, Christophe Lemaire and Theory. Like the man whose name is on the door, the brands on the floor are consistent and contemporary.

“It must belong not to trends but to the particular place we are in – and not referring in a meaningless way to the past,” he says. 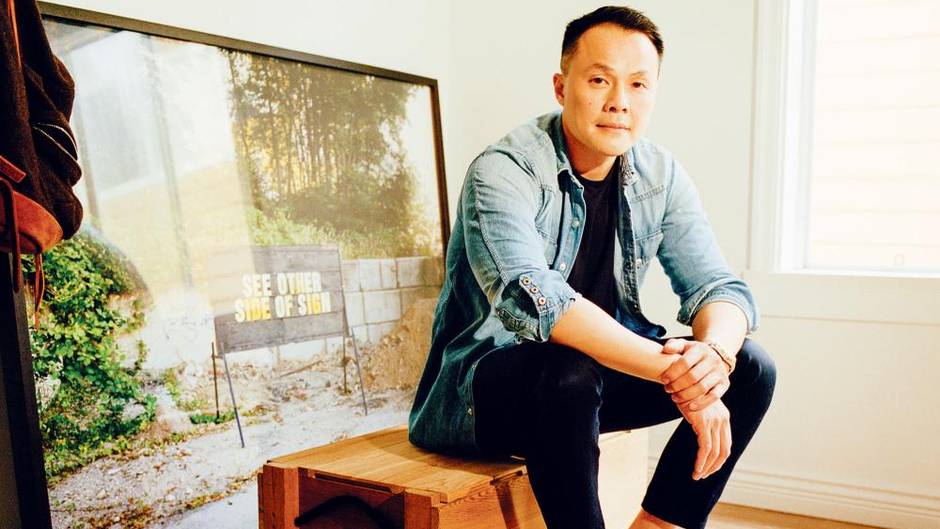 As the owner of the Vancouver men’s-wear destination Roden Gray, Rob Lo faces daily temptation. How does he exercise self-discipline? “I don’t,” he says. Case in point: When he moved to new digs this summer, he had more clothes than closet space. The only solution was to use an entire room to store his wardrobe.

His latest obsession is Saint Laurent: He owns about six pairs of shoes and a dozen or so shirts by the label. But if there’s one item he treasures most it’s a pair of firstedition Nike Flyknits sent to him by a friend who works for the brand. He started wearing them for comfort, but says it has been cool to see the technical-sneaker trend emerge. He now owns about 30 pairs. 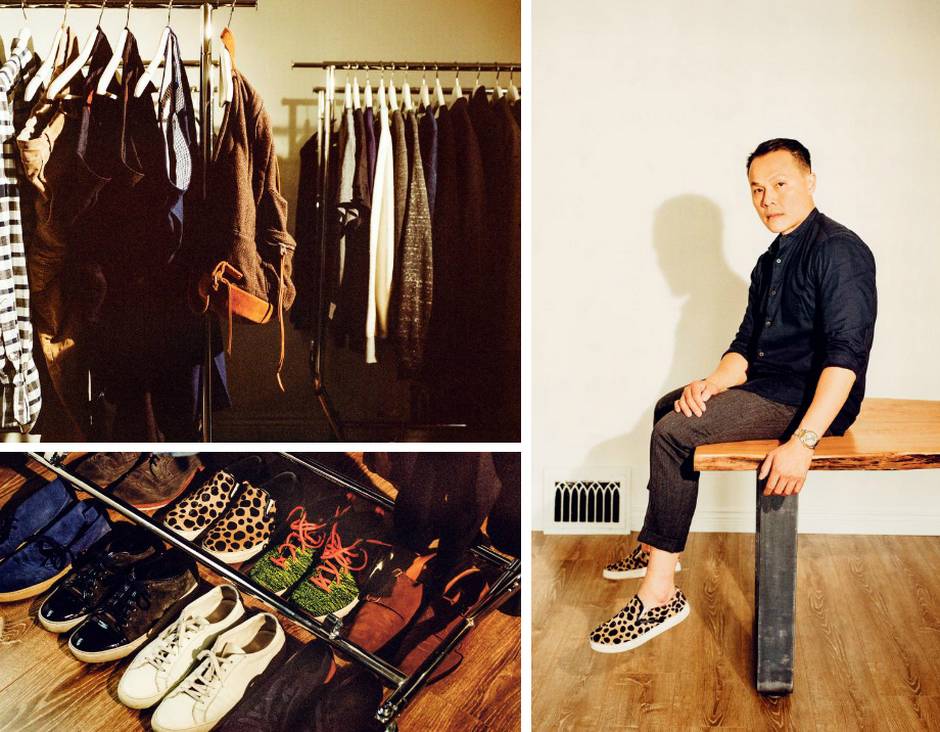 Don’t be fooled by his consumption of designer kicks, though. Lo is a self-made man with vision. He was one of five buyers in the room when Thom Browne – who set the global tone for shrunken men’s wear over the past decade – was showing his first collection. He still carries the line, and has seen large department stores try and fail to stick with it because they are unable to “romance the brand.”

He likes to buy as much of a collection as possible and hangs goods at the shop by designer – grouping pieces by APC, Sacai or the store’s in-house label No. 8 – to show off each brand’s personality. But in his boudoirturned-armoire, everything is organized by style and colour.

“It’s less snobby in my closet,” he says. 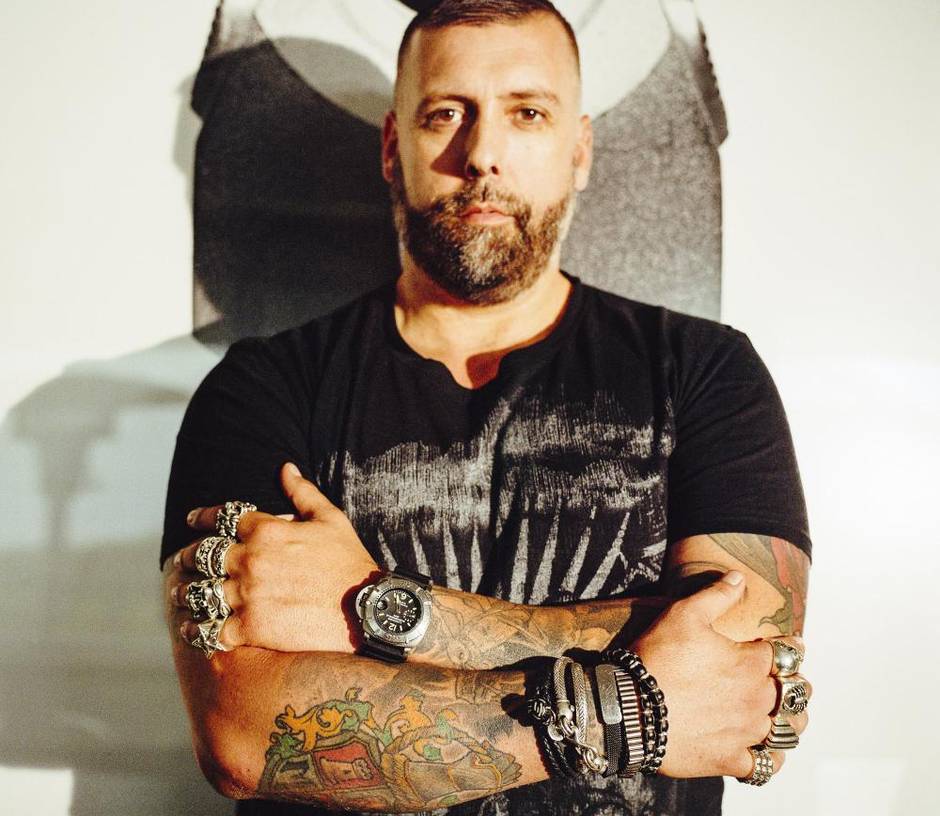 Paul Mailing is the first to admit that being “built like a football player” excludes him from certain trends. Skinny jeans are out of the question and a low-profile loafer just looks too small. Instead, the co-owner of the Toronto boutique Serpentine heads for Rick Owens’s oversized deigns.

“The interesting thing I think a lot of people find about me and my style is the fact that I’m able to still pull these types of clothes off and find sizes that fit me,” he says.

Mailing makes high fashion his own. The Yorkville store has an edgy, biker bent; when he saw how Balmain’s motorcycle jeans fit with a collection of Ruby motorcycle helmets from Paris, he made his shop the largest men’s stockist of the denim in Canada. Other rare finds include cargo pants from Japanese designer Julius and drop-crotch shorts by Boris Bidjan Saberi of Spain. 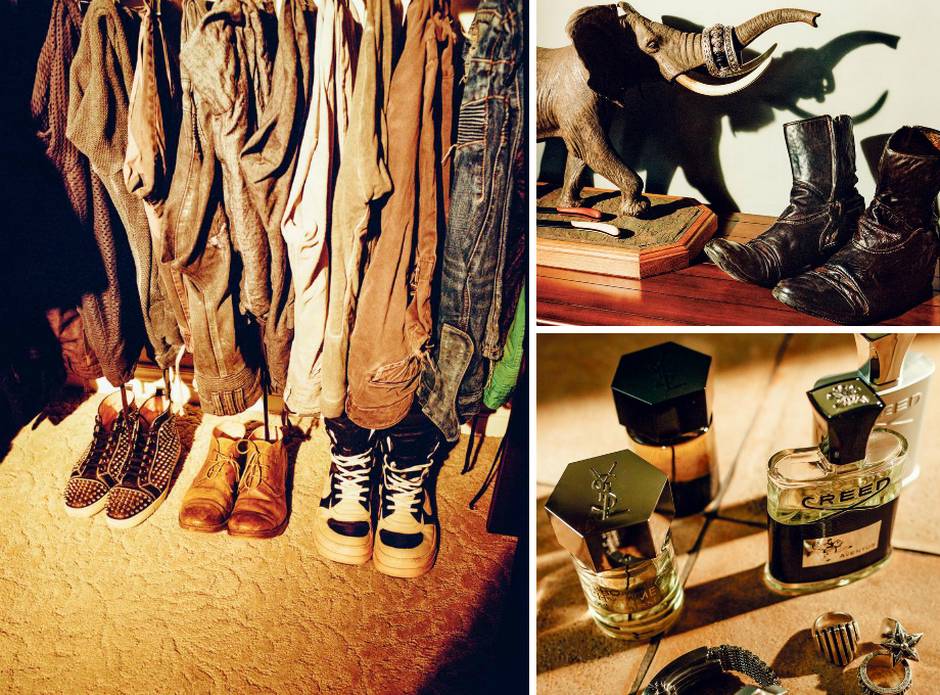 “On a weekly basis I have people coming in and saying, ‘Wow, I’ve never seen that brand in real life. I’ve only ever seen it online,’ ” he says.

He’s after “super exclusive” items, and his personal inventory includes collectible Nike Air Jordans and boots from Austrian shoemaker Carol Christian Poell, which are owned by maybe a dozen other men on the planet. Alongside his stash of silver rings and bracelets, his watch collection boasts a Hublot rose-gold number from a production run limited to 500 worldwide and with a price tag that speaks to the law of supply and demand.

Still, he has learned to pace himself.

“There’s always more stuff coming down the pike,” he says.