Jefferson Hack is recalling a conversation with the late David Bowie over 20 years ago and it still makes him laugh: "He told me the craziest, filthiest joke that anyone has ever told me in an interview." But when I ask to hear more, Hack demurs, "I can't, it's extremely rude, but very funny." It was 1995 and Bowie was a cover subject for style magazine Dazed & Confused. The musician regaled Hack, the 24-year-old co-founder, with tales of drinking snake wine with John Lennon and getting tattooed by the Japanese Yakuza mafia. Hack remembers it as the best interview of his career. The magazine had only started four years earlier, as a black-and-white fold-out poster. Hack and photographer Rankin, had launched the magazine as students at London College of Printing.

I meet Hack at the Dazed Media office in east London. (Full disclosure – I was on the Dazed editorial staff for three years.) With his lanky frame, bomber jacket and heavy silver rings, he looks younger than his 45 years. Today, a staff of about 100 people, mainly millennials, work in the open-plan workspace.

"We were total outsiders," he says of Dazed's early years. "We didn't have friends who knew how it all worked, and we didn't come from families who did. We knew nobody, with a capital N."

Several months ago, Hack threw a party during Paris Fashion Week, and it was clear how much had changed. "I think Jefferson is the only person to convince Karl Lagerfeld to hold not just one, but two parties at Coco Chanel's apartment," says Katie Shillingford, laughing. She's the fashion director at Another, his luxury biannual. The party at 31 Rue Cambon was in honour of the magazine's 15th birthday; guests included Riccardo Tisci, Rick Owens and Kendall Jenner. Another's anniversary cover featured a 3D hologram of Lagerfeld, complete with a diamond-encrusted tie pin featuring his cat Choupette. Dazed & Confused just capped off the recent London Fashion Week shows with a fete to celebrate its fall cover collaboration with iconic British brand Burberry.

Hack's journey has taken him from countercultural provocateur to fashion insider. A book published in May of this year, titled We Can't Do This Alone: Jefferson Hack The System, catalogues his ability to collaborate with culture's most unique (and famous) figures from Douglas Coupland to Tilda Swinton. And yet throughout it all, the publisher has held firm to the anti-establishment ideals that founded Dazed & Confused.

"It wasn't the world of Condé Nast that I aspired to," Hack says, "it was the counterculture." He cites Andy Warhol's Interview magazine, Rolling Stone and Oz as influences. "Dazed is a place of hope and inspiration. It gives confidence to areas in youth culture and fashion, that are purposefully ignored by the mainstream, but are incredibly positive."

If you wandered through the building, you'd find covers featuring the old Dazed guard hung on the exposed-brick walls, people like Radiohead's Thom Yorke, as well as Hack's ex, supermodel Kate Moss. The two have a 13-year-old daughter, Lila Grace; for the new 25th anniversary edition of the magazine, Lila and her friend Stella Jones interviewed model-of-the-moment Gigi Hadid for a cover story.

In 1995, Björk, another Dazed cover star, famously phoned the office out of the blue to say she liked the magazine. Today her slogan, "Declare Independence," is emblazoned across every issue. "I love that call to action. It's a real rallying cry to stand up for what you believe in," he says. That sentiment is still evident in Dazed today, with people like Amandla Stenberg, Grimes and Anohni on the cover, this generation's cultural protest icons.

Hack launched luxury fashion and culture biannuals Another and Another Man in 2001 and 2006 respectively. In the main office, the Dazed media staff puts out the magazines and runs an in-house creative agency. Clients include Chanel and Swarovski. Down the road is advertising operation Mad Agency and the LVMH-funded luxury-film platform Nowness; Hack is creative director of both.

In the early 1990s, the setup was considerably more low-fi. "We had a lot to prove, so we were really, really hungry," he says. He and Rankin relied on their social circle to fill the magazine's pages – the late fashion designer Alexander McQueen, photographer Nick Knight, stylist Katie Grand and The Young British Artists, including the Chapman Brothers and Damien Hirst.

"There is a particular period in culture that comes along every so often," says Hack. "For us, that was the nineties here in London. It brought together fashion, music, youth culture, rebellion and fantasy. You had grunge and the fantastical storytelling of Lee McQueen, the spirituality and utopic view in rave culture, and the photography of Wolfgang Tillmans and Corinne Day."

At the time, the dialogue of fashion was changing. "We were interested in the politicization of fashion – of clothes as ambassadors of escape, community and identity," explains Hack. McQueen guest-edited the Fashion-Able issue. It was shot by Nick Knight and featured model Aimee Mullens, who has prosthetic legs. Of the piece The Independent wrote, "Fashion breaks the last taboo."

"Jefferson has sought to disrupt culture with an eye to creation, rather than destruction," says John-Paul Pryor, a British author, musician and an editor at Flaunt magazine in Los Angeles, who has worked closely with Hack over the years on several books.

Shillingford agrees. "It is not just about producing great publications, Jefferson sees a much a bigger picture. He is full of surprises, ideas, and he pushes us forwards."

That drive saw Hack debut two major projects for Another within the last year. A moving image of Rihanna on an LED screen became the first digital magazine cover, and Movement, a series of short films Hack commissioned to form collaborations between leading dance choreographers, like Pina Bausch's Tanztheater Wuppertal, and luxury fashion brands, like Prada.

What's next? "Science," he replies. "I'm working with NASA on bringing new scientific discoveries into a millennial conversation and a pop-cultural context. I've been going on trips to NASA covertly for a project launching next year. And," he says, "I'm going to launch a magazine about the world around us and the world within us – Another World. The annual is the new biannual. The coffee table is the new newsstand. The magazines people put on coffee tables are always the coolest ones," he says. "My magazine is going straight to the coffee table." Hack has the confidence of knowing both these things can be done.

"Bowie told me, 'The most unnatural place for an artist, is to feel safe. The moment you feel safe, move on.' That's been part of my motivation with everything we've done." He adds, "I still feel that there's a lot to do, a lot to prove and a lot to say."

The most powerful of them all: Meet the Canadians ruling the fashion industry at home and abroad
September 10, 2016 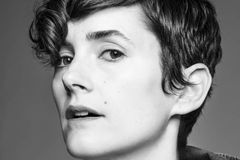 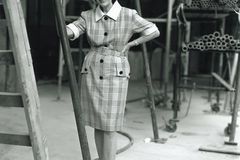