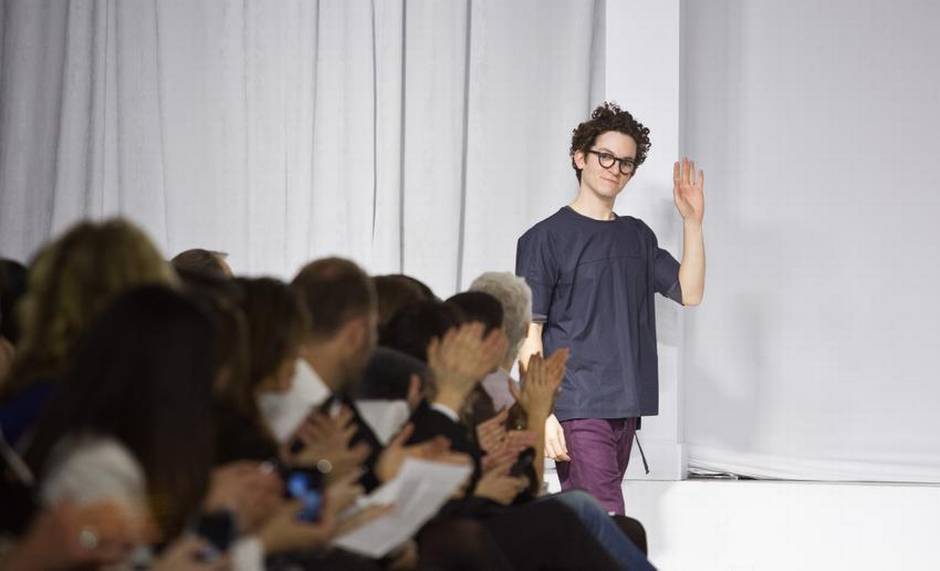 Canadian designer Jeremy Laing has been doing a lot of soul searching lately. And while he doesn’t have any concrete answers just yet, closing down his own label, as he did this past summer, is certainly giving him added perspective on an industry that’s increasingly quick to make a buck but devastatingly slow to embrace true creativity.

Arguably the most intellectual fashion designer this country has every produced, the Peterborough, Ont., native and Ryerson School of Fashion grad once worked as an assistant to Alexander McQueen. Laing is much beloved for his brave, forward collections, which garnered rave reviews both at home and internationally. Since launching his first collection in 2005, the Toronto-based Laing regularly showed at New York Fashion Week. He also took his wares to Paris, courting international buyers with his modern, artful and often architectural vision. But the challenges of sustaining a self-financed business, at a time when fashion is driven more by marketing than quality and the competition is nothing short of brutal, drove Laing to take time out and reassess.

Fittingly, one of his first projects out of the gate was to design the Politics of Fashion/Fashion of Politics exhibit that opened at Toronto’s Design Exchange Museum this week, a show I co-curated. I caught up with Laing in a back room at the D/X as final show preparations were under way to chat about sartorial self-expression, the politics and perils of the fashion world and what forced one of Canada’s brightest and best designers to call it quits.

You signed on to design this D/X show. What was it about the subject of fashion and politics that appealed to you?

I think it’s really a rich playing field. I definitely I have a historical interest in clothing and fashion and what that has meant to different periods and people over time. It’s kind of like when I was developing an interest in fashion – it was very much about a self-made identity and making my own clothes as a way to be the person I wanted to be. So the idea of how clothes can work with a sense of identity resonates with me a lot. 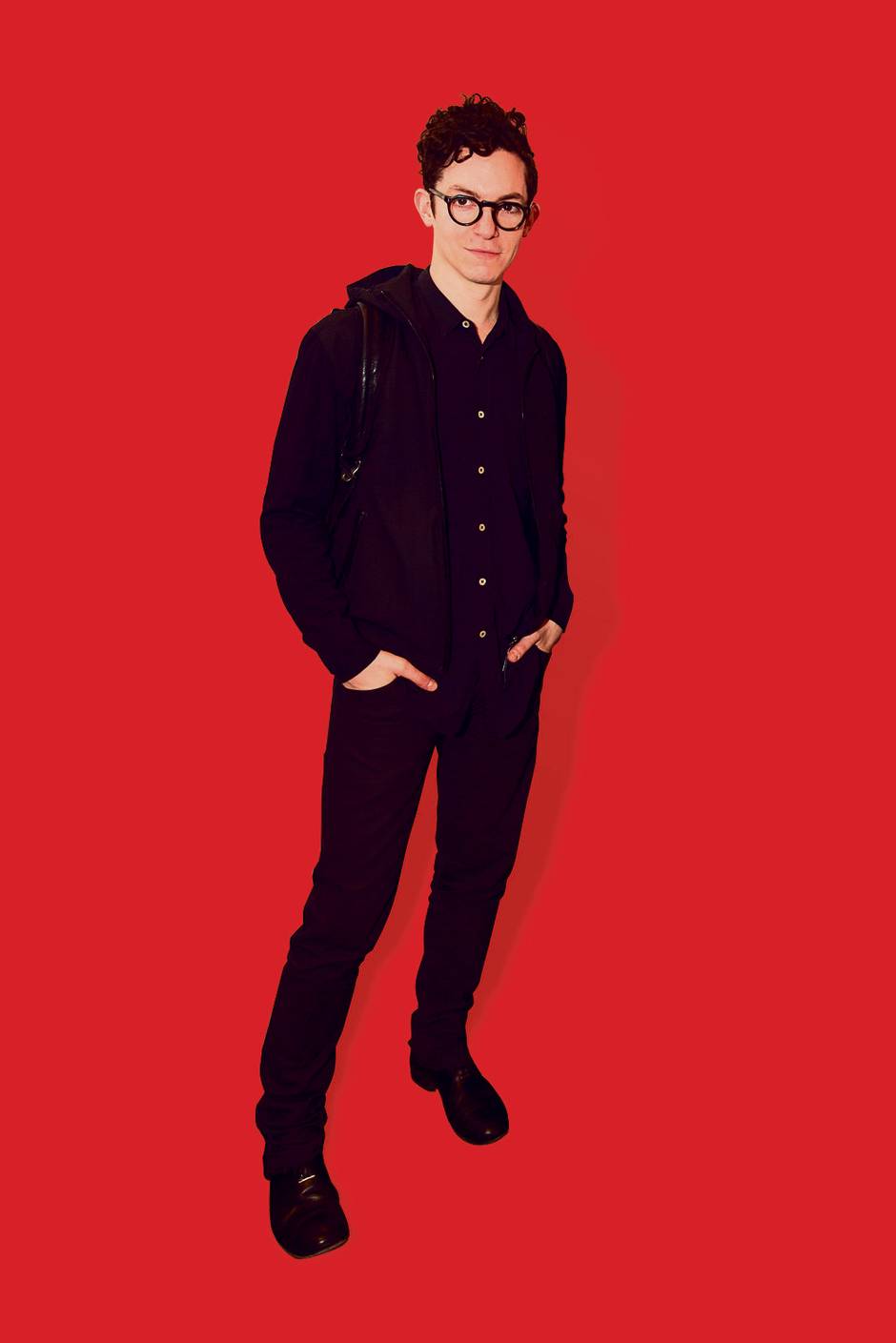 In his own words: Jeremy Laing offers personal snapshots of 16 of his most memorable work here. Photo by Jenna Marie Wakani

Do you think people take enough advantage of the way they dress to make personal statements?

Most people don’t have the luxury to be able to think about it all that much. People within the industry live and breathe it, but people who buy a lot of clothes, fashion is, for them, just one of the aspects of their life that they like. There’s always that danger of it becoming too important to you. And there’s the flip side, where it’s less about being [an individual] and more about being a part of a group. Not to say that’s bad. Obviously, the industry depends on that to a large extent, but, for me as a person, I certainly have rules about how I don’t wear anything that says anything. I don’t wear a visible logo. I’m always very concerned about not having the holiday sweater from the Gap that everyone else would have.

But don’t you think people should be encouraged to tell a little bit more about themselves with their clothes than they do?

Well, whether they do it actively or not, they’re doing it. So I think what should be encouraged is to be aware of what you’re saying. I mean, I have my opinions about what I think people should say. But instead of preaching about that, what’s most important is that people are actually considering what it is that they’re conveying.

Are there any designers in this particular exhibit that really speak to you more than others?

Well, it’s interesting to me that a lot of the designers that I really I admire and love the most are also heavily represented in this exhibit. And I don’t think it’s by accident that designers I gravitate towards have something to say … people like Vivienne Westwood and Rei Kawakubo, who approach their work with a sense of conviction and a passion and a strong viewpoint. Compare that ethos with the industry I’ve seen … well, I don’t know that it’s ever been easy, but it certainly seems more diminished as a kind of fast-fashion ethos takes over. So, what can you say when you have to just be the lowest common denominator? And what do you say by becoming the lowest common denominator? That’s another question.

How disillusioned did you get or are you getting with the fashion world?

Enough to want to put my work on hold for a while. For the last year, I haven’t really felt the desire to participate in the way that I was, or at least in the way that I was, making the things that I was. I guess if I look back to how I pictured a life for myself, I was a person who would make all kinds of different things. And by virtue of focusing and trying to be good and build a business and sustain it and be successful, I was feeling like I’d abandoned all sorts of other things that I could want to do and would want to do, would like to say, would like to try. I think that’s probably a commonly felt thing, especially when you’re considering the concerns of a marketplace. What comes first: an idea or the fact that you have to sell something? And what becomes your most important impulse: that you like your ideas or that you have to sell something? I’m sort of figuring out how that will impact the next little while of my career.

Are you convinced that you’ll have another fashion incarnation?

I don’t know. I’m not convinced yet. And partly that’s because I see a lot of old models being maintained past a healthy life span. And here I am in Canada, without the same [deep] pockets that it takes to play in the “big leagues” and trying my best to do that to the extent that feels right. But when it no longer feels right … I don’t know what the new form is.

There are all sorts of terrible ways people have crashed and burned. … It wasn’t a point I felt was worth getting to.
Jeremy Laing

And yet you have remained adamant about keeping Canada as your home turf. Why has this country been so important to you?

The ease of doing business here is such that it permitted me to get my feet off the ground. And in terms of a creative community here in Toronto, I have a lot of affiliations with an art community here and with the music scene and with the gay culture here that is very particular and very special and can still flourish here in some ways that it can’t in other cities where you have to work so hard just to survive.

But as a launching pad for big business, I guess that’s tough. You’ve got to scream twice as loud.

There’s not a lot of precedent. I mean, what’s a Canadian luxury brand that has equal footing to international ones?

So I suppose the artist in you won out over the businessman in you.

Yeah, it certainly did. And I tried my best because I was running my own business and aware of the fact that paying attention to the business side of things would ultimately allow me the space to be creative. So there was this struggle between different kinds of impulses. It was an “enfant terrible” kind of attitude. But then, how can I actually sustain that?

… and ultimately work within a system that has morphed into this monstrous, almost unappealing beast.

Well, it certainly is monstrous in the way that it treats designers and the way that it treats people who make the things that everyone is supposed to be amazed by. It’s not possible to maintain that kind of momentum and also maintain your sanity and your health. So you see a lot of people who, like all my heroes, are dead, out of business or have imploded one way or another: socially, publicly, drug addiction. There are all sorts of terrible ways people have crashed and burned. There’s something about this business that draws very sensitive people to it and then there’s something about this business that can take the best out of them. To me, it wasn’t a point I felt was worth getting to.

In terms of the role fashion plays in our lives, do you think it’s an exceedingly integral one or do you think we’ll hit a point where we stop putting as much thought and passion into it as we have?

I don’t know. The nature of the machine is that it keeps getting bigger and moving faster and that’s really what the industry is there to provide: a market for all the goods that the machine keeps making. And what is fashion used for but to create an interest in the stuff so that it can all keep working? I don’t know at what point it becomes too much. Who can say? Every empire collapses ultimately, but are we near that point?