Lineups around the block to get into its newest store. A mention in New York magazine's recent "best of the city" issue. Gushing coverage by Style.com. By any commercial or buzz-measuring standard, Joe Fresh has taken Manhattan as much as Manhattan has taken to it.

"It's the greatest Canadian export since Justin Bieber," none other than New York Mayor Michael Bloomberg declared at the Toronto-based brand's splashy March 30 party to launch its Fifth Avenue flagship. Clearly, he's not the only New Yorker who thinks so.

In advance of the opening, about 100 shoppers had camped out overnight on the sidewalk to be among the first to walk through the emporium. Housed in a former bank, the 14,000-square-foot, two-storey glass box is located next door to the New York Public Library, a prime – and very prominent – slice of Big Apple real estate.

The hype had been building for days: Arresting images of Canadian model Heather Marks in the chic yet affordable clothing for which Joe Fresh is known dominated billboards in the Times Square subway station, while video clips featuring lithe models in colourful Joe Fresh garments played to captive audiences via monitors in the back seats of New York's famous yellow taxis. On the morning of the opening, a special colour insert covered the free morning newspaper AM New York and radio ads clogged the airwaves.

If the marketing blitz didn't grab people's attention, the brand's signature bright-orange shopping bags couldn't be missed. Other Joe Fresh locations – on lower Fifth, on 34th Street and on Madison Avenue – had already been open for months before the flagship's launch, their Day-Glo bags a bright and much-noticed new addition to the local retail scene.

"All the fashionable young women of the Upper East Side [are]carrying these bags," said Carole French, the owner of Magic Windows, an upscale children's-clothing store on Madison. "I don't know who this Joe Fresh is," she continued, "but ... he's got everyone talking about him."

Joe Fresh (or the man behind him) is, of course, the well-known Canadian fashion wiz Joe Mimran, whom American fashion buffs may know as the founder of Club Monaco, the purveyor of preppie basics that Polo Ralph Lauren took over in 1999. Unlike Club Monaco, though, Joe Fresh has entered the U.S. market with such a bang that even New York's snootiest consumers are succumbing to its charms, giving its fast fashion the kind of international cachet that other retailers, from Sweden's H&M to Spain-based Zara, have worked for years to achieve. Within hours of the Fifth Avenue opening, for instance, a $19 black-and-white-striped mini pencil skirt with back zipper was flying off the shelves, poised to become the season's must-have item.

For such a red-hot brand, Joe Fresh's 2006 launch, among the grocery aisles of the Loblaws supermarket chain, was an inauspicious one, but it was all part of a well-considered plan, Mimran said the day after the New York party, to bring Joe Fresh to the world.

"It has taken time to get here, but nothing good ever happens overnight," he said from the floor of the Fifth Avenue store, which was designed by the award-winning firm Burdifilek and sparkles like a colour-speckled diamond on its busy Manhattan corner. "We still have a lot of work to do, but this is an international stage for us and, from here, the world will get to know about Joe Fresh. We're committed to seeing it through."

Already, the world is, much like those diehard shoppers who staked out a spot on the sidewalk, showing its enthusiasm. "We've already got calls from Spain, the Middle East and Asia," Mimran said. "You've got to be able to attract and amaze people."

If the notoriously tough New York market is any indication, that could very well happen, even if takes many more mini pencil skirts to get there. 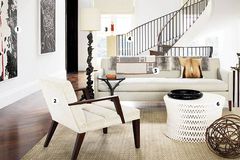 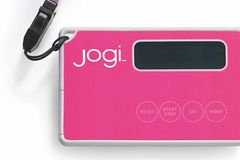