Amir Adnan, one of Pakistan's premier men's-wear designers, has a vision for his country's fashion industry. "Design isn't seen as a trade here," he laments. "It is seen as a bored housewife's occupation." His aim, he says, is to change that perception through greater exposure and better marketing, thereby propelling the industry, which has typically catered to the tiny upper echelon of Pakistani society, into one that has broader respect at home and is competitive overseas.

Is Adnan's hope a pipe dream? Although the country and the industry face numerous challenges, from technological deficiencies to a less-than-glamorous image abroad, Pakistan has the labour force, the magnificent textiles and the handicraft tradition to supply the world with quality prêt-a-porter. Most significantly, both officials and designers have shown a commitment as solid as the country's talent base of late to create a viable sector.

During the Pakistan Fashion Design Council's second-ever Fashion Week in November, for instance, not even a terrorist bomb at a nearby police station prevented the shows from going on in Karachi. For four days, the city's glitterati, a handful of European buyers and members of the Western press filed into the elite Defense Golf and Country Club, not far from the shores of the Arabian Sea, to take in a wide-ranging program that included sparkling saris and headdresses, short cocktail dresses with Bollywood-style flair and sumptuous shifts and gowns sporting bold tribal needlework from surrounding villages.

Newcomer Mohsin Ali's collection, which consisted of lush floor-length gowns featuring swatches of intricate embroidery, was a standout. Ali draws heavily from the traditions and motifs of Quetta, his hometown in the southwestern province of Baluchistan, where the embroidery is hand-stitched by the women who live there. "Fashion is not just to dress up," the designer says, echoing Adnan's sentiments. "Fashion can change things." Hand embroidery, for instance, is dying [in Pakistan]and I don't want to let it die. This is providing a living for women who weren't otherwise making a living."

As successfully as enterprises such as Ali's keep traditional handicrafts alive and generate homegrown jobs, however, the obstacles that Pakistani designers must overcome in order to transform what is essentially a cottage industry into big business both at home and abroad are daunting.

Among other challenges, the majority of wages in this country of 170 million people wouldn't cover the cost of the clothes seen at Fashion Week, greatly limiting the domestic client base. The average Pakistani on the street, moreover, goes for a much more traditional cut, not the outré or risqué creations shown on the catwalks. Throw in a (for now) indifferent West and the prospect of international success seems hopeless, as one straight-talking if pessimistic local journalist suggested during Fashion Week.

"No one's placing an order at Bergdorf," Aaminah Haq, Newsweek Pakistan's fashion editor and a former model, noted bluntly. "Let's not be unrealistic: [Pakistan's]exporting to Target."

At the moment, that assessment is true, but the challenges aren't quelling the ambitions of many designers eager to boost their own businesses and the cachet of their industry as a whole.

Hassan Sheheryar Yasin started his label, HSY, 11 years ago. It's currently carried in 16 stores in Pakistan and as far away as the United States. But while Yasin's designs put a Western spin on such traditional Pakistani garb as the shalwar kameez, he doesn't stray too far from conventional fashion, saying he knows his customers too well. "My market is Middle Eastern and South Asian, [ethnic groups that]dwell all over the world," Yasin says. "Is [the reach]international across the board? No, but I don't think we want it to be."

Others, however, are aiming for crossover appeal in Europe and North America. Huma Adnan, wife of Amir and owner of the casualwear line FnkAsia, operates eight domestic stores and one in Dubai; in July, she opened her first American FnkAsia outlet in northern California, tweaking her colourful Pakistani inventory to appeal to mainstream Western tastes. "Americans don't want bling. They want a simpler cut," she says. "[Pakistanis]put loads of elements into each item. Americans think [of such an outfit]as an art piece - they want it toned down a bit."

Her approach, at first blush, seems to be working: In the short time that Huma has operated in America, her shipments - each containing 250 pieces selling for $50 to $200 apiece - have increased from "one per month to three." If such growth seems modest, both Adnans would agree that it is, as it reflects the trials of running a manufacturing concern in their country. The factory in which they produce both of their lines, for instance, is still far from modern: Workers stitch and embroider garments by hand and the machines they do use are crude and outdated. And then there are Pakistan's notorious blackouts: "At least six hours a day, I don't have electricity," Amir says. "We are struggling with basic infrastructure."

Despite such headaches, Pakistan's exports total $20-billion a year, $12-billion of which stem from textiles. "It's huge," Tariq Puri, head of Pakistan's Trade Development Authority, says of the sector - and its potential. "The Pakistani clothing industry has the strength in terms of raw material and is one of those industries that is a huge employment creator. If Pakistan exports increase by a billion dollars, you create a livelihood for a million people."

For Amir, however, progress is measured in less obvious ways: When his employees, used to sitting on the floor to embroider, agreed to move to tables, productivity went up because sitting upright means less trips to the bathroom.

"It's small things like that," the designer says, that have yielded big results. And Pakistan is full of such small yet effective ideas. 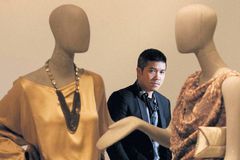 Our home and native designers are making waves internationally
March 19, 2011 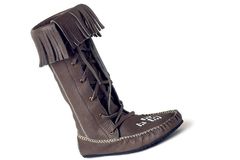 Yohji Yamamoto tells all in a new autobiography
March 26, 2011 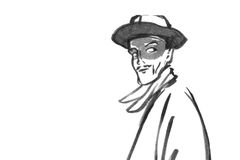