At Look Mum No Hands on London's traffic-heavy Old Street, there is no question what the shop's owners are passionate about: bicycles. They're everywhere. They're displayed in the windows, they're hanging from the ceiling, and rotating exhibitions of bike-themed art are showcased on the walls. This may be a place obsessed with cycling, but it's not a bike shop.

The café and bicycle-repair shop was one of the first cycling cafés in London when it opened in 2010. In five years, it has expanded to a second location and a seasonal pop-up shop, while increasing its staff and hours of operation to meet growing demand. There are now more than a dozen cycling cafés all over the city, wherein two-wheeled commuters can get their busted tire fixed while enjoying a cappuccino or local craft lager.

Although cycling cafés are a Portlandia-level indicator that we've reached "peak hipster," they're also a sign of a larger cycling movement in London – specifically, one that crosses age, coolness and income brackets. Cycling culture is no longer restricted to a trendy fixed-gear rider or someone who fancies herself an amateur Bradley Wiggins (England's 2012 Tour de France winner and most decorated Olympian). Suit-clad bankers are now riding across town and even the Conservative Mayor Boris Johnson can be seen biking to work in his – albeit less-than-fashionable – Marin hybrid.

One of the most noticeable changes in London's cycling culture is the increase in female riders. Caz Nicklin, director of the style-blog-turned-shopping-authority Cyclechic and author of The Girls' Bicycle Handbook (2014) started her company when she recognized a demand for more stylish cycling accessories catering to women.

"The point of frustration, especially for women, was that we saw cycling as a masculine sporty thing," Nicklin says. She set up a style blog in 2008, to showcase fashionable women on bikes, which led to her selling items through the site. "Helmets were the main thing. They were ugly and unflattering and just ruined the whole outfit," she recalls. "Safety is a huge concern for [cyclists], so I sold helmets from my apartment and expanded the product line from there."

The first major brand she sold was Bern, which was then best known for its snowboarding and skateboarding gear, but has now expanded to include a thriving bike-helmet business. The increased visibility of well-dressed female cyclists has created a domino effect for London cyclists, Nicklin believes. "If I see a woman my age looking good in her outfit cycling, I might be more likely to cycle, too."

Fashion and bike accessory designers are recognizing that form is just as important to cyclists as function. Through Nicklin's site, style-forward cyclists can bedeck their vintage cruisers with woven straw baskets and floral-print panniers while donning their weather-proof cycling capes and retro crocheted riding gloves. Riding about town is no longer just for the fitness-focused, but also the fashion-forward.

In April, London held its annual Tweed Ride event. Though it was a costume group ride, much of current street style is a throwback to that era, before cars were the dominant mode of transportation. An everyday rider may not wear a three-piece tweed suit, but she may cycle around with an Irish cap and a pair of Oxfords. Most of cycling style is similar to fashion on foot, but includes accessories that are increasingly designed to accommodate the needs of a commuter cyclist.

Those worried about messing up their ponytail can find hair-friendly helmets from brands like Radkappe, whose toppers come in shades of pastel and are designed to allow cyclists to keep their hair up.

For women who prefer to ride in a dress, there's the Skirt Garter. German online retailer All That I Want designed the product from recycled pantyhose and tights. The garters clip on to dresses so they don't accidentally get caught in the wind and expose more of a cyclist than she intended.

These fashion innovations are on the rise and will likely continue as the market for these products grows. From 2003 to 2013, cycling increased by 80 per cent and is likely even higher now, according to Tom Bogdanowicz, the senior policy and development officer for the London Cycling Campaign. The organization lobbies on behalf of its 12,000 members for cycling rights and infrastructure.

So far, it's working. In 2013, Mayor Johnson promised a $1.5-billion investment in bicycling over 10 years, making London a world leader for developing infrastructure. The city has started to add bike parking lots, segregated lanes and cross-town superhighways. "There are now 600,000 cycle journeys per day in London," says Bogdanowicz. The figure equals that of Amsterdam, a city in which cycling has long been a mainstream mode of transport but has a population one-tenth of the English capital's.

At Look Mum No Hands, the emphasis is on creating a collaborative and welcoming atmosphere for Londoners. The café is constantly busy with activity. There is plenty of bike parking and its calendar is filled with screenings for major cycling events, book launches, art exhibitions and even speed dating.

Speaking of dating: In February, Transport for London announced that the city's bike use had reached its highest ever. Cycle use grew by 10 per cent over a year and is forecasted to grow by 12 per cent over the financial year. Sounds like true love. 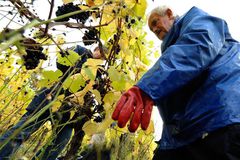 Meet Britain’s new street style stars
May 15, 2015
Britain still rules the fashion world (sorry, France and Italy)
May 15, 2015
Follow us on Twitter @globeandmail Opens in a new window
Report an error Editorial code of conduct
Due to technical reasons, we have temporarily removed commenting from our articles. We hope to have this fixed soon. Thank you for your patience. If you are looking to give feedback on our new site, please send it along to feedback@globeandmail.com. If you want to write a letter to the editor, please forward to letters@globeandmail.com.
Comments