Annie Goetzinger, 63, is one of the few female French cartoonists of her generation, but little of her work had been translated for North America until Girl in Dior became a hit her native French last year.

Since then translated into other languages, including English (that version is out this month from NBM Books), Girl in Dior is the lushly drawn biography of Christian Dior in graphic-novel form. In it, a (fictional) young fashion reporter named Clara is assigned to cover Dior’s first eponymous presentation at his fledgling new maison. The story opens in the famed palegrey drawing room at 30 avenue Montaigne, where a who’s who of stars and editors are in attendance. 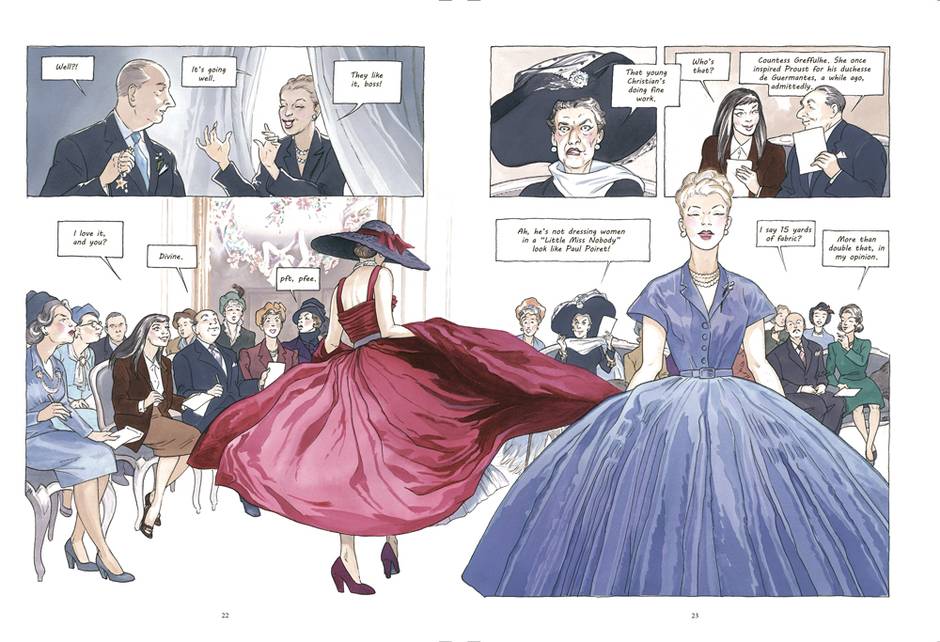 Soon Clara is whisked into the salon’s inner sanctum, giving Goetzinger the opportunity to illustrate the process of a dress going from a simple sketch to execution by one of the skilled seamstresses who translated Dior’s visions in his four haute-couture workshops. 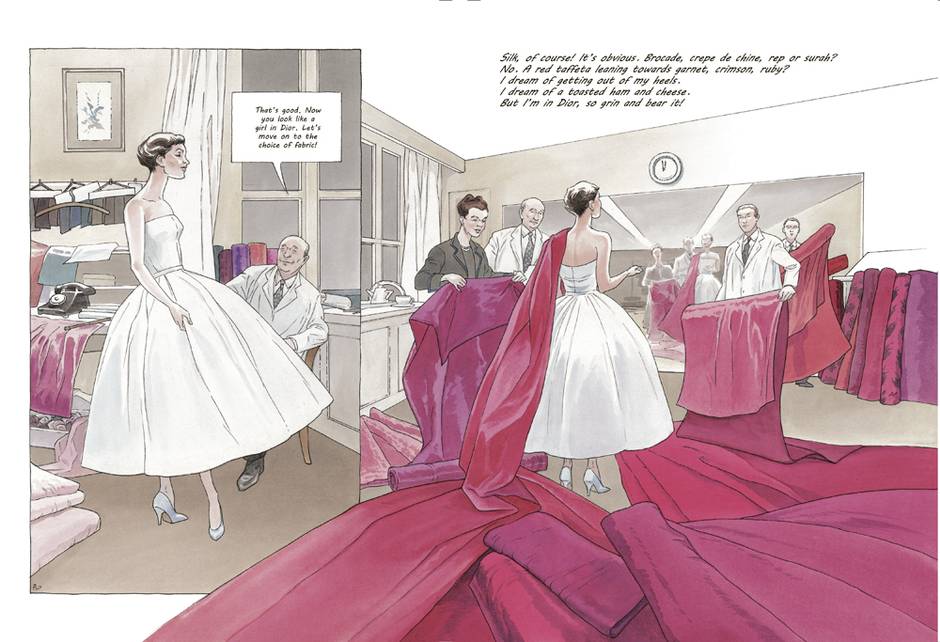 To accurately depict the moment when the New Look launched (Feb. 12, 1947) and the subsequent decade leading up to the designer’s untimely death in 1957, Goetzinger consulted photographs and film footage of the era and was granted special access to 30 avenue Montaigne and the Dior archives. Before becoming a cartoonist, Goetzinger studied art and fashion illustration in the late 1960s – and it shows. 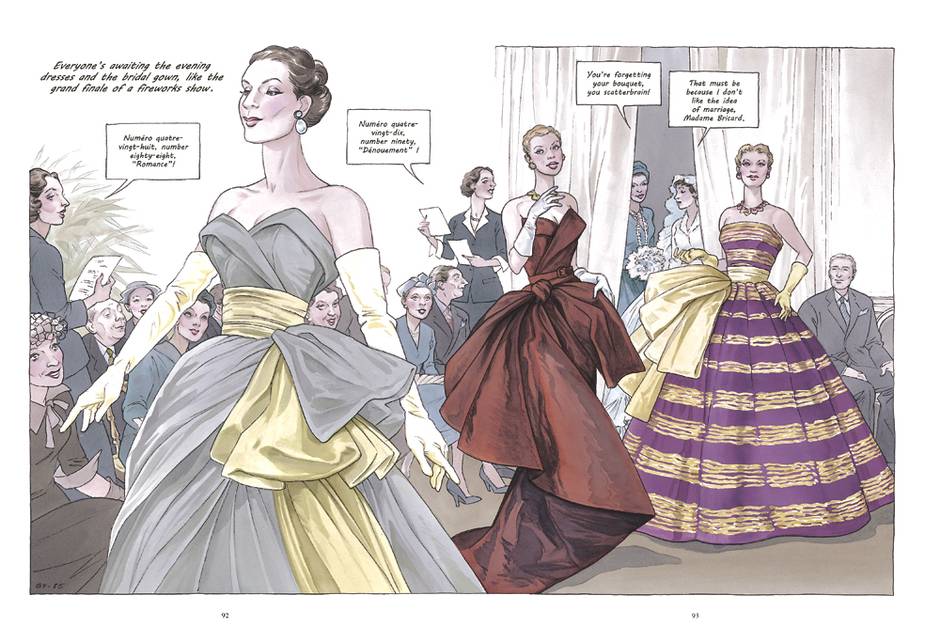 In sweeping tableaux and panels, she deftly captures the movement and drape of fabric with a line that’s a more sensual take on the traditional Franco-Belgian comics style of her contemporaries. “In a machine age,” Monsieur Dior says in the book, “dressmaking is one of the last refuges of the human, the personal, the inimitable.” In any language, it make readers nostalgic for the elegance and artistry of a bygone fashion scene.