Following a two-year stint studying fashion at London's Central Saint Martins, Toronto-born Ellie Mae Waters returned to her hometown to launch her namesake line of statement outerwear in early 2015. Today, Waters' budding fashion empire includes a head office with 12 full-time employees and two contract manufacturing facilities in downtown Toronto's Fashion District. Producing locally was a natural choice for Waters. "Being a new business, having the production closer to me was a huge benefit," she says. "I wanted to be able to see the facilities and know they were being made in proper working conditions."

At the time, Waters did not foresee the Canadian currency's imminent drop, which saw the dollar bottom out at 68 cents (U.S.), a 13-year low, in January. Although the dollar has since recovered to a value around 80 cents (U.S.), many fashion industry players are still taking stock of the tumble's repercussions, for better and for worse.

Someone still reeling from the slump happens to be Waters's sister, Maxine. The owner of Toronto's Riant Boutique was in the middle of rebranding her store when the dollar dropped off. "We had committed to a new host of brands that were a more elevated assortment than what we had previously carried," she says. As the owner of a small Canadian business importing directly from the U.S. and Europe, Maxine lacked the clout to negotiate pricing concessions to counteract the new economic reality. "We had gotten ourselves in business with a lot of brands that were already going to cost us more, and then the dollar took a dive and worsened the situation."

One way retailers can offset margin squeeze, particularly online, is to accept multiple currencies. Montreal's Ssense, for one, fulfills e-commerce transactions in U.S. dollars, British pounds, Euros and, most recently, the Japanese Yen. "This reduces the need for currency conversion and the exposure to any specific currency," says co-founder and chief financial officer Firas Atallah. "We also offset margins with a hedging strategy that locks in favourable rates for a certain period of time."

Although many Canadian retailers are too small to manage currency hedging on their own, a weak dollar does present an opportunity to build a presence south of the border, says Diane Brisebois, president and chief executive officer of the Retail Council of Canada. "With greater market penetration, some of that profile will endure even after there is a narrowing of the exchange rate, so I would be pushing up my U.S. marketing and public relations spend to strike while the iron is hot."

A booming export market resulting from a depressed loonie also increases wages at home and heightens domestic demand, adds Brisebois. That growth is doubly beneficial when you consider a lower dollar encourages Canadians to shop local. "We have seen a substantial increase in Canadian shoppers on our e-commerce site," says David Archer, of the JoshuaDavid boutiques in Toronto and Montreal.

The attraction to local businesses is growing among consumers and retailers alike.

Archer recently placed an order with Ellie Mae for fall. Maxine Waters will continue carrying her sister's collection at Riant and has added Toronto brands Sentaler, an outerwear label, and Narces, which caters to an evening wear customer, to fill out her racks. "In this tough economy, I would say the positive is that it has forced us to look at more Canadian talent," says Maxine. "I have been really blown

away by how much I was missing out." Discovering a new customer base was equally unexpected for the shop owner. "I wasn't aware of the pride so many women took in wearing Canadian," she says. "It's really opened my eyes both as a retailer and a customer."

Historically, clothing prices have been highly correlated to the dollar, says Matthieu Arseneau, senior economist at the National Bank of Canada. In fact, "clothing and footwear experienced a rise in prices from 2013 to 2015 not seen since the late 1990s," he says. Yet despite steeper prices, even imported brands can seem more appealing here at home. Alex Mazelow, owner of Carbon boutique in Toronto, believes it's more about perception than monetary value. "Many of our customers spend the winter in Florida and couldn't grapple with paying the conversion there," he says. "They preferred to shop with us over the phone with a Canadian credit card, so there were no surcharges, and have us put the merchandise aside."

A retailer's most significant asset doesn't necessarily appear on its balance sheet, points out Phil Lichtsztral, head of the retail consulting services group at the firm Richter: "It's brand equity, which is built over time and consistent in today's omni-channel world." Currency fluctuations will come and go, but, says Lichtsztral, "businesses can control the strengthening of their brand equity and continuous resonance with customers, assisted by a little good fortune along the way."

From runways to housewares, why Bauhaus style is big this season
September 5, 2014 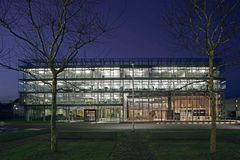 The way we wore: How photographer Bill Cunningham made magic from the everyday
June 26, 2016 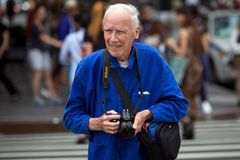 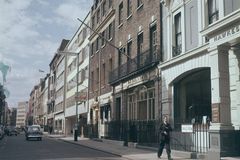