Get a kick out of someone's cat photo on Facebook? Designers at MIT's Media Lab think it would be a shame to limit your enthusiasm to a simple click. They've devised a vest that inflates whenever your Facebook account registers a "like." The bulging fabric applies pressure to your torso, and voila – a virtual hug has been received. Smush the garment around you, and you hug back – assuming your friend is also vested.

Melissa Kit Chow, one of the developers of the Like-A-Hug, says that a virtual squeeze allows us "to feel the warmth, encouragement, support or love that we feel when we receive hugs." That may seem heavy freight to load onto a Facebook "like," which in terms of emotional display is often equivalent to saying something's "awesome."

In Japan, designers Dzmitry Tsetserukou and Alena Neviarouskaya have created a more elaborate vest that transmits hugs, shivers, tickles, butterflies in the stomach and thumping heartbeats – everything short of a pat on the back. The deeply nerdy iFeel_IM! (for I feel, therefore I am) attaches like a backpack harness with two fabric hands on the back, a butterfly over the belly and a heart with googly eyes above the chest. Small motors winch it tighter for a hug. Fans and vibration motors activate shivers on the spine. The vest's software scans language exchanges on social media sites for emotive words, and the vest transmits the appropriate physical response.

These gizmos may look like melancholy toys for people who don't get out nearly enough. But both are part of a broad, slow-simmering effort to restore touch-based – or "haptic" elements to online relationships.

Well-established research that shows that most human beings are calmed and reassured by hugs, or "deep touch pressure," regardless of the source. Spending large amounts of time in no-touch situations – online, for example – could be eroding our sense of well-being, even as we rack up virtual friends and followers.

Autistic scientist Temple Grandin may have been one of the first to devise a practical solution to the deficits of low-touch life. She noticed in the mid-1960s that cattle held for veterinary purposes in a "squeeze chute" became agitated, though some "seemed to relax once pressure was applied to large areas of their bodies." Grandin couldn't tolerate being touched by other people, so she built a human-sized "squeeze box." The device calmed her and controlled her anxiety attacks. At least three companies now make vests based on the principle behind Grandin's squeeze box, all of them marketed to parents of autistic or ADHD children.

The holy grail for designers of haptic devices for online use is the full-body suit, capable of conveying sensations of all kinds to any part of the body. Imagine recreating Felix Baumgartner's stratospheric swan dive, while lying on your couch. Imagine TheMatrix, without the nasty overlords, or – more simply – the backyard of a distant friend's house, and the pressure of their hand on yours. Not surprisingly, the most potentially lucrative side of haptic design focuses on long-distance sexual contact. For some, online sex chat is already giving way to teledildonics.

In the shorter term, I wouldn't be caught dead wearing the iFeel_IM!, even in front of my own computer, and would not feel warm and cuddly if my clothing puffed up in a crowded elevator for no obvious reason. As one online wag put it, the engorged Like-A-Hug looks a bit like a flight attendant's inflated life vest. And what if you've got lots of excitable Facebook friends? Your vest might look and feel more like an organ bellows, or a tiny hot-air balloon struggling to achieve lift-off.

These are just first steps in an potentially unlimited field. Some day, reader comments on an article like this one might be transmitted physically to the writer, in the form of, say, small electric shocks. But so far, there's no sign of a haptic device capable of acting out phrases like "Bite me."

In the age of social media, can we have some discourse? 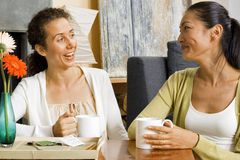 Have tons of Facebook friends? You may think you're hot stuff 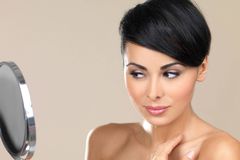 You may have 250 Facebook friends, but only two are close pals, says study 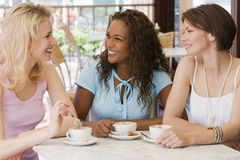