If there was ever any doubt that class judgment is at play in the fashion world, let it now skulk out of the room in a cut-out dress, big hair and questionable pair of heels.

Two examples on newsstands now serve to reveal an interesting, complex subtext about gender, taste and the possibilities for – and limits of – social mobility. One is the "controversial" cover of Vogue magazine's April issue, featuring rapper Kanye West and his fiancée, Kim Kardashian, the reality-TV star. And the other is a "shocking" feature in the April issue of Vanity Fair on Jen Selter, a fitness model and Instagram star known for her "belfies" – that would be selfies of one's butt, in case you were not familiar with the term. The response to both has been akin to that of the Dowager Countess of Grantham, Maggie Smith's character on Downton Abbey, when horrified at evidence of a changing society.

"Really disappointed in this cover, Vogue. So many more talented and humble people could have graced the cover. Shame," one person wrote on Vogue's Facebook page, which was inundated with negative comments on the day the issue launched two weeks ago. "Trash is trash no matter how pretty the packaging and expensive the bow. Goodbye, Vogue," wrote another. Several people, including actress Sarah Michelle Gellar, immediately said they will cancel their subscription to the fashion bible and encouraged others to follow.

Uh, excuse me, but, in one way, we could look at Kimye's Vogue cover as a sort of class fairy tale. Members of the Kardashian clan have certainly worked hard to get where they are, pursuing fame – arguably contemporary society's ultimate achievement – with steely determination and defying a host of taboos by commodifying romance, body, family, marriage and, the most sacrosanct of all, motherhood. Similarly, 20-year-old Selter embodies a strong work ethic, going to the gym every day and amassing a following of 2.8 million on Instagram, a feat which landed her on The View earlier this year, where she taught 84-year-old Barbara Walters how to tone her glutes and take a belfie.

And isn't the possibility of social ascendancy the most cherished of American ideals? If all the horrified consumers out there just took a deep breath and calmed down a bit, perhaps they could see these two figures as inspirational for the way they have pursued their goals. Selter and Kardashian certainly look beautiful and glamorous in their respective magazine features. In one Vanity Fair shot, Selter, who is usually pictured on Instagram in one of her 150 pairs of yoga pants, appears in a fishnet Louis Vuitton catsuit. In another, she wears a revealing corset. Some have sniped that the look is a "far cry from her usual neon spandex." The implication is that she doesn't deserve to be given the attention or the affirmation. Like Kardashian in Vogue, she doesn't, it's being suggested, belong in the club.

Concomitantly, some have declared that the Vogue decision, in particular, was made because it's in crisis mode. But its circulation numbers aren't suffering, according to figures from the Alliance for Audited Media. Vogue's average monthly circulation for the six-month period that ended Dec. 31 was 1,259,826, a figure that has remained fairly constant over every six-month reporting period in the last few years. "What Anna Wintour is doing is working," Scott Bullock, a consultant and newsstand expert with 30 years in the magazine business, says. "She is using photographer Annie Leibovitz for the Kardashian cover and she is covering people who are style makers. Nothing has changed."

Over the course of its 121-year history, Vogue has used figures from popular culture on its cover as a way to reflect society. Cher, for example, was the Vogue cover girl for the first time in April 1972, even though she was known for her navel-bearing, attention-getting Bob Mackie get-ups on her TV show. "It's so obviously a business decision," Liz Dennery Sanders, principal of SheBrand, an L.A.-based marketing and public-relations consultancy, says in a phone interview. "Anna Wintour and Vogue and Graydon Carter and Vanity Fair consider themselves to have a finger on the pulse of what's happening in popular culture … but it's also a numbers game. Kim and Kanye have 30 million followers on Twitter and Vogue has three million."

To me, the outcry is hypocritical. Are we to believe that the readers of Vanity Fair and Vogue never deign to pick up tabloid magazines or watch reality-TV shows? Of course not. They probably read about the Kardashians and the Selters of the world in the hairdressing salon while flipping through copies of Star magazine. They might be amused by how déclassé the whole spectacle is, but they also want to dip into that world when they choose. It's like going for a burger at a greasy spoon in a ballgown. Such fun! Clearly, though, the exchange and social mobility only go one way. The minute people whose lives they will consume at arm's length for entertainment show up in their milieu, be it in a magazine or their home or their society functions, it's as though the world is coming to an end. And if you think high-society types don't comment – either with a snicker or a wistful sigh – about other women's physical attributes, your attitude could use a surgical intervention. It is even more ironic when you consider the makeover ethos of the fashion world. We want to believe that anyone can be beautiful and belong and be praised if only they heed the right tips about how to dress and apply makeup.

Perhaps the source of the consternation with the elevation of Selter and Kardashian is paradoxical feminine standards. "Women have to pay attention to themselves yet they're punished when they pay attention to themselves," says Jennifer Clark, associate professor in feminist media studies at Fordham University in New York. Selter and Kardashian "work very hard, but that's considered to be vulgar or inappropriate. In our culture, we want women to just effortlessly appear." Men don't come under the same judgments. Chris Pratt, who played a Navy Seal in Zero Dark Thirty, posted a selfie of himself in only gym shorts last year, she points out. "That gets masked in masculine conventions of hard work and ableness of the body and doing it for a movie role," says Clark on the phone. "He is kind of excused from feminized qualities of vanity and self absorption, the traditional notions of what women are accused of."

That Selter and Kardashian shamelessly flaunt their bodies, proud of how they have re-shaped themselves to become famous, threatens societal conventions about female ambition. It's why we still can't get our collective heads around proud sex workers.

You can even hear a tone of world-weary resignation among the authors of both the Vogue and Vanity Fair articles in question. In Vogue, Hamish Bowles writes in a subtle passive-aggressive manner, treacly in his description of Kardashian with her "flashing Ava Gardner" looks and a "Sophia Loren figure" one moment and then reporting that she loved Elizabeth Taylor's mansion with its lovely gardens but couldn't possibly buy it because it has only one garage. The reader can practically hear his eyeballs roll heavenward. In Vanity Fair, writer Alex Beggs similarly announces Selter's moment with all the limp enthusiasm of someone who has been told to shake hands with a society gate-crasher.

But these writers – and their magazines – are doing society's bidding, profiling people we pay attention to. What they're saying, in a way, is that they're not the ones who are changing the standards of what is important or noteworthy. We are.

Dear Internet: Kim Kardashian and Kanye West are on the cover of Vogue – and that’s okay
March 21, 2014 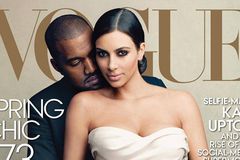 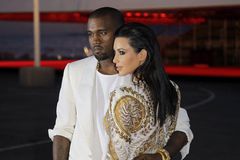 Seven reasons why Kanye’s Bound 2 could be the worst video of all time
November 19, 2013 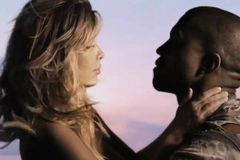 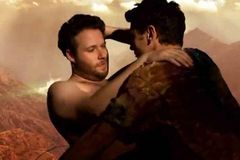