If the thought of hosting a dinner party for six seems daunting, consider the Toronto Region Board of Trade’s 127th annual dinner, held on Jan. 26 with presenting sponsor Odgers Berndtson: More than 1,300 guests from the world of business and politics filed into the city’s convention centre for the gala affair, at which Mark Wiseman, president and CEO of the Canada Pension Plan Investment Board, delivered the keynote address. During dinner, Larry Tanenbaum, the chairman and CEO of Kilmer Van Nostrand Co. Limited and noted philanthropist, was honoured with the Board of Trade’s Toronto Region Builder Award for his commitment to enriching the Toronto region. The evening also marked the debut of the Board of Trade’s incoming president and CEO, Janet De Silva, who is returning to Toronto after 15 years in Hong Kong. “I’m getting a hang of the Path again,” she said to me with a smile, referring to Toronto’s expansive underground walkway system. Among the sea of guests in the convention centre were Board of Trade chair Beth Wilson, Ontario Premier Kathleen Wynne and predecessor Dalton McGuinty, Toronto mayor John Tory and Mississauga mayor Bonnie Crombie. Also on hand were Judy Tanenbaum, Odgers Berndtson Canadian chairman Carl Lovas, Porter Airlines CEO Robert Deluce and John Sherrington, vice-chair of global investment banking at Scotiabank. 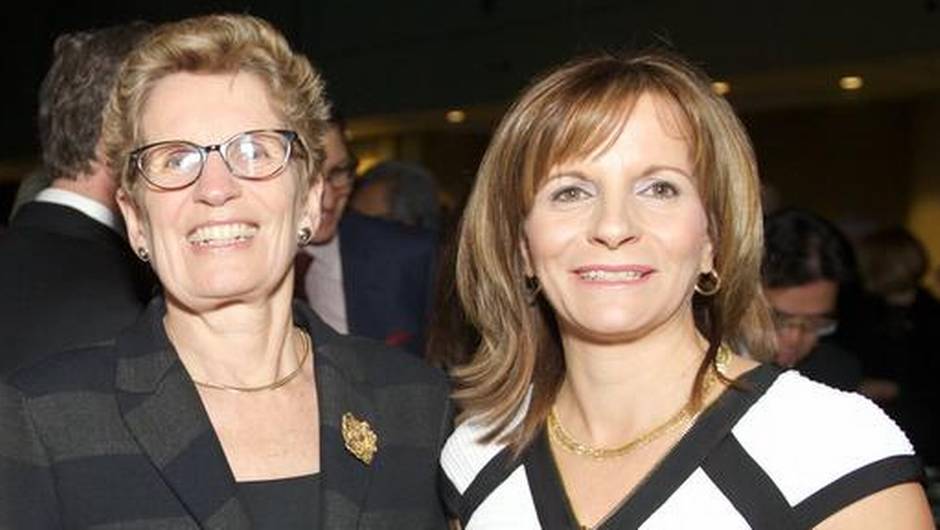 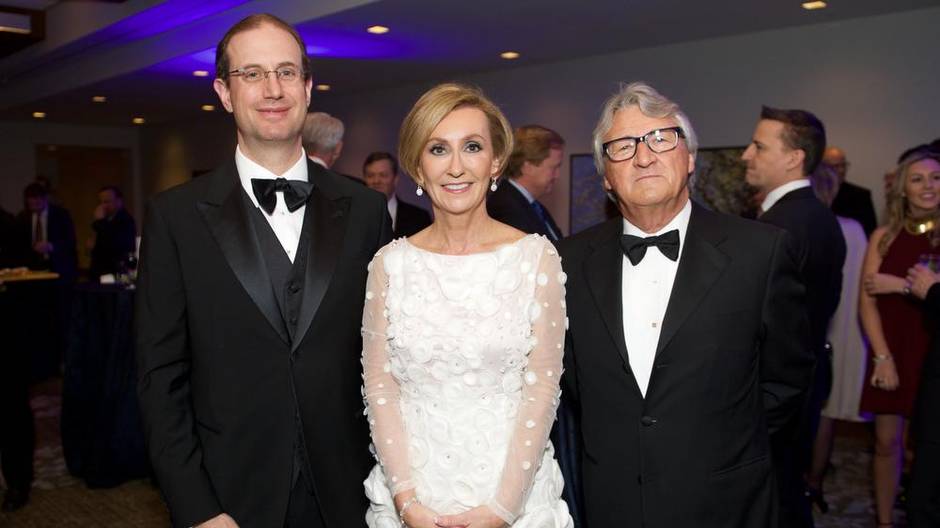 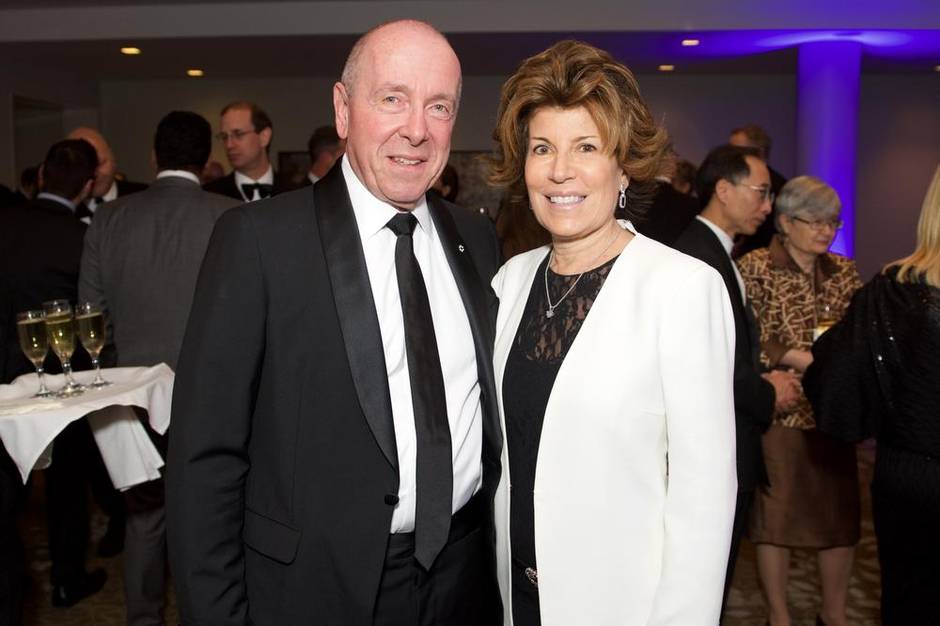 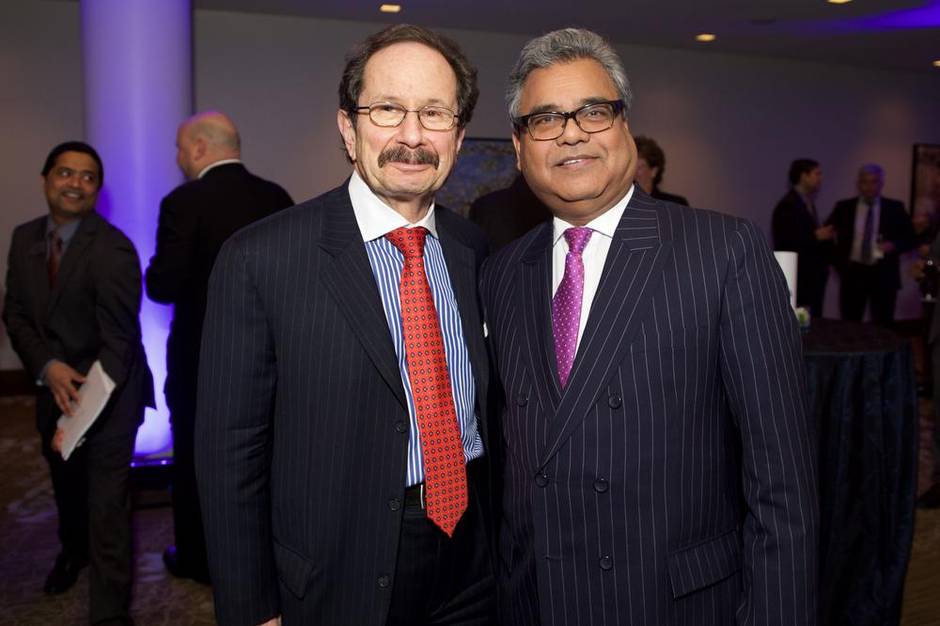 The Governor General’s Performing Arts Awards are this country’s highest honours for Canadians in the performing arts. Past winners have included artists in the fields of dance, music, theatre, broadcasting and film, from Karen Kain, Deepa Mehta and Eric Peterson to Evelyn Hart, Oscar Peterson and Blue Rodeo. Recently in Vancouver, an intimate group met at the Vancouver Club as a prelude to the upcoming award presentations in Ottawa. The evening was hosted by David Aisenstat, CEO of Keg Restaurants and founder of the Keg Spirit Foundation, which supports the NAC Mentorship Award given at the annual do; that award pairs gen-next artists with an established mentor, an effort to help kick-start new talent in Canada. Among those in attendance at the Vancouver Club were Governor General David Johnston, National Arts Centre president Peter Herrndorf, theatre director Leslee Silverman, TV anchor Coleen Christie, Ivan Giesbrecht of Enbridge and Jayne Watson, CEO of the National Arts Centre Foundation. The 2015 awards gala, with honorary chair this year Suzanne Rogers and co-chaired by Kate Alexander Daniels and Salah Bachir, is set to take place May 30 at the National Arts Centre in Ottawa. 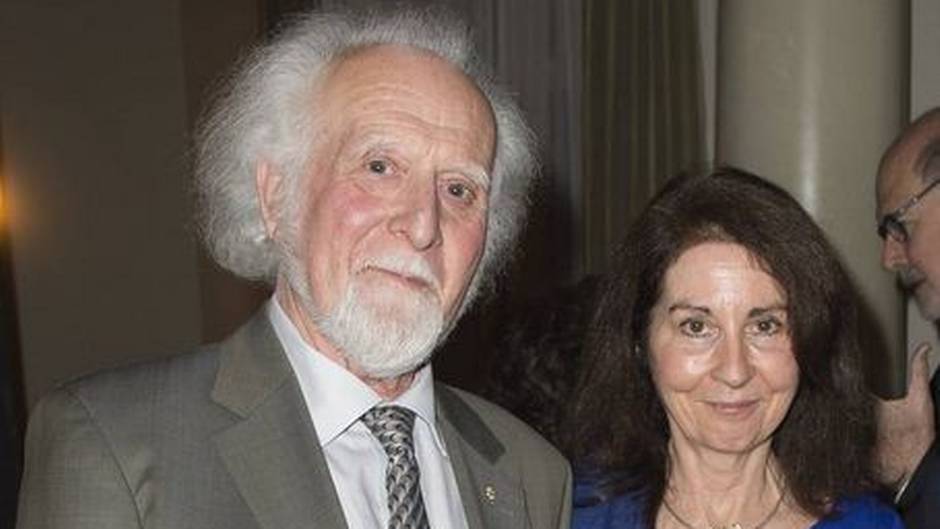 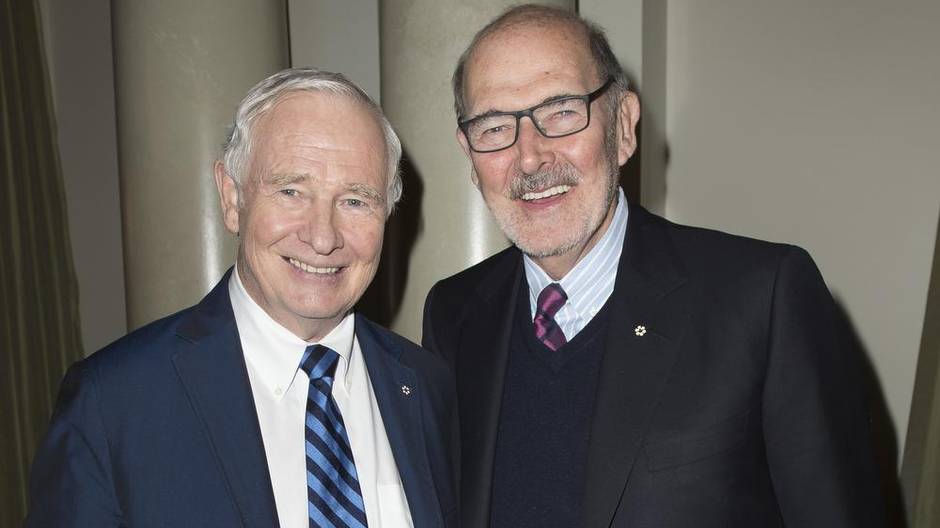 From left, Governor-General David Johnston with Peter Herrndorf, president and CEO of the NAC. 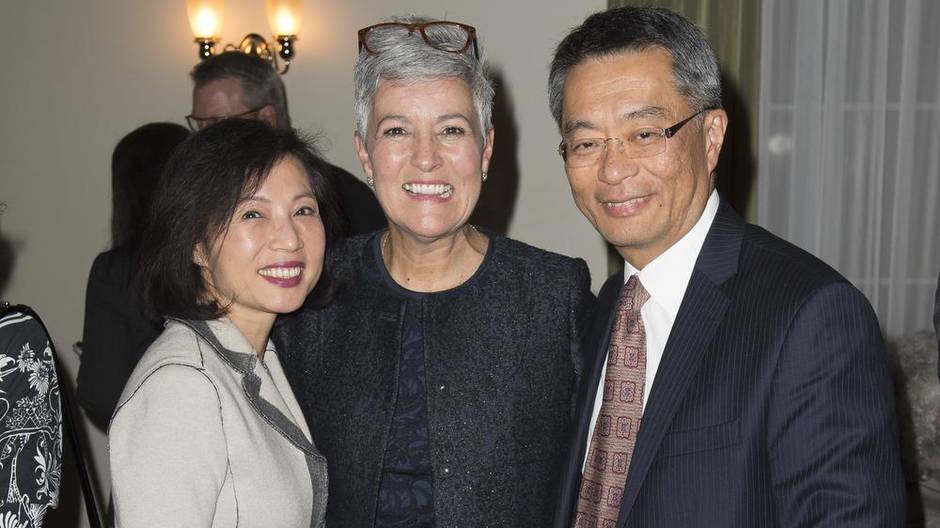 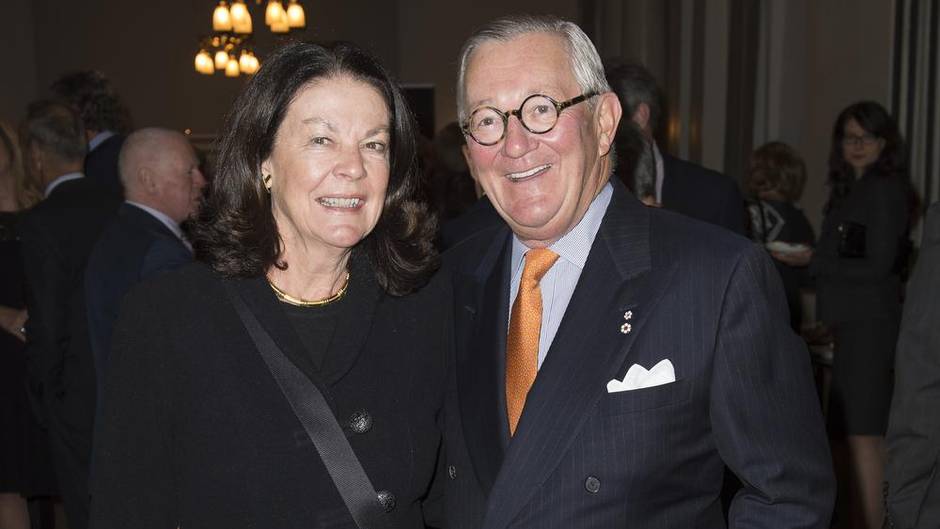 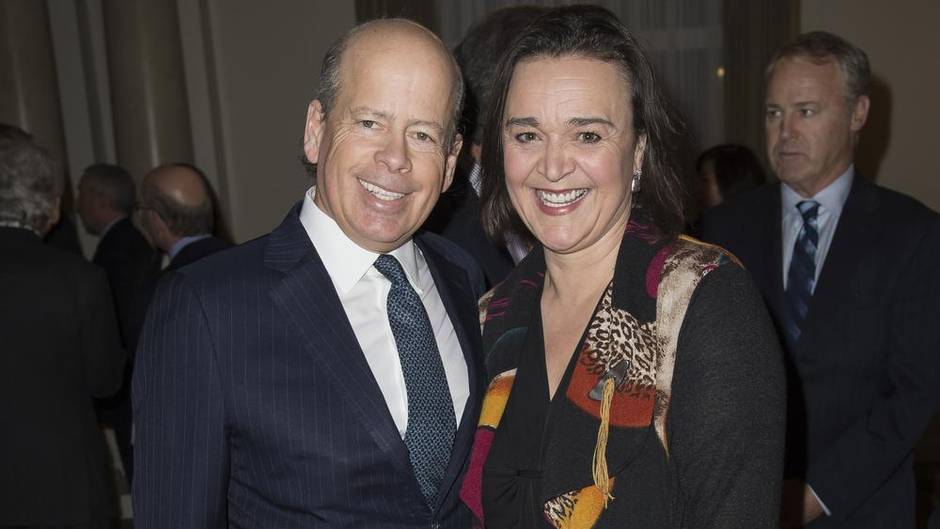