When John Simons opened his first dry-goods emporium in Old Quebec City in 1840, you have to wonder if he had any idea of how frenzied the retail landscape would one day become. Then again, if vision is something that runs in families, perhaps he passed some down to his great great grandson, Peter. The 51-year-old president and CEO of Quebec-based La Maison Simons is a big thinker who wears his family mantle proudly. With his brother Richard, Simons boldly launched the first location of his family's eponymous department store outside Quebec, in Edmonton, in 2012. A Vancouver store followed two years later, and a location in Mississauga's Square One opened earlier this week. With leases being finalized for further expansion, La Maison Simons is poised to compete with the mighty slew of American retailers descending upon us. While Peter Simons claims he's not nationalistic, he is committed to promoting Canadian labels alongside Canadian art within his stores. I met with Simons in Toronto to talk about his family's values, why customer service is crucial, and how art, fashion and beauty can give you confidence in your capabilities.

When you initially masterminded this cross-country expansion, the landscape was different, both economically and in terms of other retailers moving in.

Oh, for sure. But I have no regrets. It's volatile but with 175 years behind us, I think it's fair to say you think in different increments of time. So I don't really worry about the moment. I'm thinking longer term. I feel good. What you want to do is build something solid that's meaningful, and then you have to just believe it will have its place. That's really what we have to focus on.

How is Simons different as a retail brand?

It fills a unique niche in terms of the assortment we've built for our customers. It goes from mid– to high-end and it lets the customer shop across those price points under one roof. It's not about real estate or brand. It's about creativity and the customer. Maybe that sounds simplistic, but it's not because a lot of retail has turned into a real estate business. The second thing is we're a privately-owned family business and we're going to use it to make some choices about how we run our business and how we build it. And I hope it'll make a difference to how people see us. I'm really proud of the work we do with [Canadian interior decorator] Samantha Pynn, [Quebecois designer] Denis Gagnon and [Alberta-based designer] Malorie Urbanovitch, and even [Canadian artist] Douglas Coupland. We can always do more, but those are things that don't happen if our head office is in Wichita, Kan.

People are saying that customer service is what's going to separate the retailers that survive from the ones that won't. What does that mean to you?

With all the strides being made in online shopping, and with talk of designers selling directly to customers in the future, what does the role of a bricks-and-mortar store become?

Right now I'm very excited about having creativity join our organization, and surrounding ourselves with creative people. I think the bricks-and-mortar element is a no-brainer. Yes it's going to survive, but only if it's built on a foundation of creative people that understand fashion. I've got some clear ideas what we want to do and I want to strengthen it and make it better.

What excites you about fashion outside of the business aspect of the industry?

It's that quest for beauty, and I think it's interpretive. Fashion, as all art, is a reflection. It's a commentary on where we're going, and what's possible. That excites me. It's powerful and it's not superficial. Fashion can give confidence to someone. And through confidence, you can conquer the world. That's what art's about. Beauty reminds you what we're capable of, and fashion and its beauty really gives you the confidence to truly believe what you're capable of.

What about the activity of shopping and buying and accumulating stuff?

I do believe we're at an apex. I can feel with our customer a movement away from fast fashion to more meaningful fashion, to the stories and the creative support behind fashion. It's in its infancy but it's about buying less and buying smarter. The disposable thing has gone far enough. Because we deal with a much more fashion-forward client than a lot of people, I can feel that influence coming in environmentally and socially. And I'm an optimist, so I think it's good to be conscious about the impact of your consumption. We're going to work really hard to be super transparent. We started working on a zero-energy store in Quebec City. I think we have the opportunity to go somewhere new – and isn't that what fashion is about, to lead forward to somewhere new and to look at it differently?

It's great to hear that you care so much about it.

I'm in a good space in my head right now. I've been through ups and downs and through some moments where I woke up and I said, "Peter! You're way out of your depth here!" But then the other morning, I woke up and I thought, "I don't know whether what we're trying to build is going to work, but today, right now, I wouldn't change a person." We're going to war with the team we have and if I can't win with these people… Well, there's no way we're not going to win. But it doesn't matter when you're fighting with people that you believe in. That's why you want to go to work everyday, isn't it? 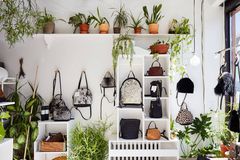 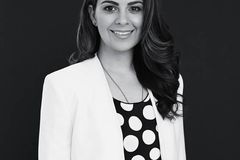 Victor Alfaro: ‘The world of fashion has become this monster that’s swallowing everything up’
February 24, 2016 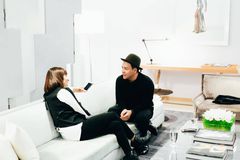