The walls of Toronto’s Izzy Gallery are usually lined with iconic fashion images taken by some of the world’s top photographers. But the current offering by U.K.-based pioneering light artist Chris Levine goes beyond themes of conventional fashion, and revolves around the style in which we ponder the world.

Working across a variety of platforms including fashion, design, music and installation, Levine – who graduated from St. Martin’s School of Art in the eighties – is passionate about the properties of laser light (the purest light form known to man). His “Lightness of Being” portrait of Queen Elizabeth has already been described as one of the most iconic images of the 21st century, and his portraits of Kate Moss and Grace Jones celebrate these icons in a literal new light, beyond the trappings of conventional celebrity. The day after his show opened at Izzy Gallery (it runs until Nov. 28), I spoke with the 55-year-old Levine about the marriage of art and technology, his encounter with the Dalai Lama, and capturing inner beauty. 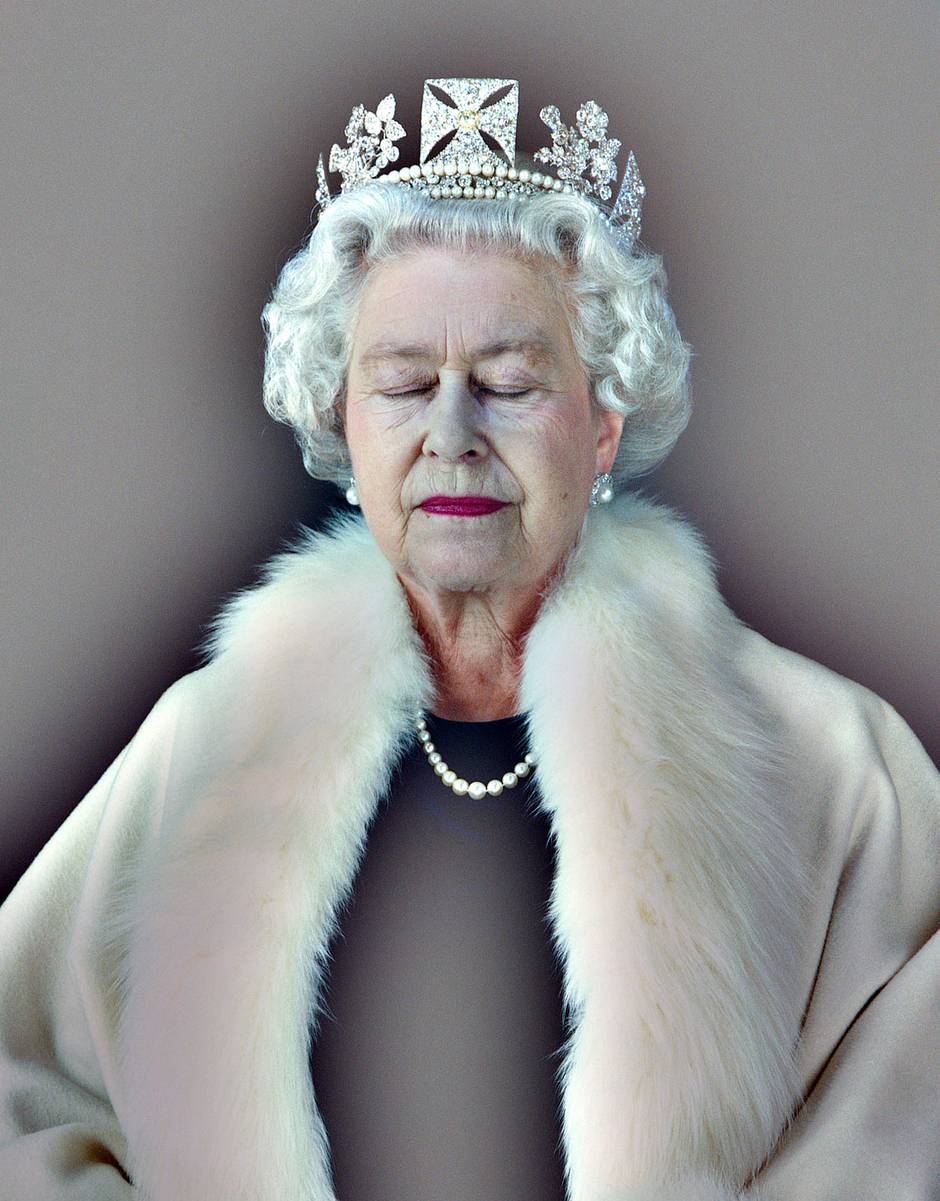 When did your fascination with technology really kick in? Or was it always there, alongside your passion for art?

I always had a fascination with technology but it was at art school, when I was doing graphics and I was exploring where I wanted to put my time into my thesis, and holograms kept coming up. The enormous amount of technology that’s used to make holograms was a bit daunting. But I found that I was able to collaborate with really advanced practitioners. So with the hologram connection, I started working with lasers, software and digital imaging. There are a lot of technologies now relating to holography. But yeah, I love a good gadget!

It’s astounding that you can tap into that side of your brain, as well as having that artistic side all fired up.

I’m somehow wired that way. My challenge with the work is to get some kind of soulful resonance to it. The ways of using all that technology can become sterile very quickly, and holograms can start looking like a lab exercise – like laboratory gimmicks rather than an art form. And the gimmick factor really kind of limits it. But if you can get beyond that and just consider it as a visual medium, something that uses light in a quite interesting way, then you can really get people to question what they’re looking at. And that creates a mode of perception where you question what’s real, which is something we don’t really do enough. We take things for granted without really questioning the amazing wonder that is life. It’s a miracle unfolding before us. But we take it all for granted. In my work, I like to awaken that sense of awe that we had as kids. We just get numbed out now through modern life, being bombarded with sensory overload all the time.

It’s truly the mission of any real artist to make their audience look at the world in a different way, or to wake something up.

A lot of my work is informed through my practice in meditation. Things come to me. So f I can share that, if I can draw people to stillness in the work and if I can bring people to meditative practice in the work as well, then wow! Wouldn’t that be great?

When did your meditation practice kick into gear?

About 10 years ago, and increasingly, a lot of the work is really about creating a sense of stillness. That stillness is like a portal to the divine, a portal to something much bigger.

Speaking of spirituality, you had the opportunity to shoot the Dalai Lama to commemorate his 80th birthday. How did you find him as a subject?

As soon as he entered the room there was a lightness. And we had a nice hug. Even talking about the most serious things, he’s able to turn it around into the silver lining and to somehow create a lighter frame for the heaviness. What a beautiful person! It was a real treat.

Very different. I had two sittings with her. The first was to mark 800 years of history since the Island of Jersey broke away from France and pledged allegiance to the Crown. They wanted to have a modern portrait commissioned to mark that. But then I was offered another sitting. Based what I learned doing the first sitting, I made some fundamental changes to how I went about the second. The first sitting was a very different feel. I was confident I had it in the can, and I thought I was pleased with it. But given the second, I made changes. So all the work I’d published actually comes from the second sitting. The Queen was very obliging and did everything I asked of her. And I had two private audiences with her after that as well, to show the work and progress. And she took a personal interest in it. And now it’s going on stamps and currency. Who could have imagined? 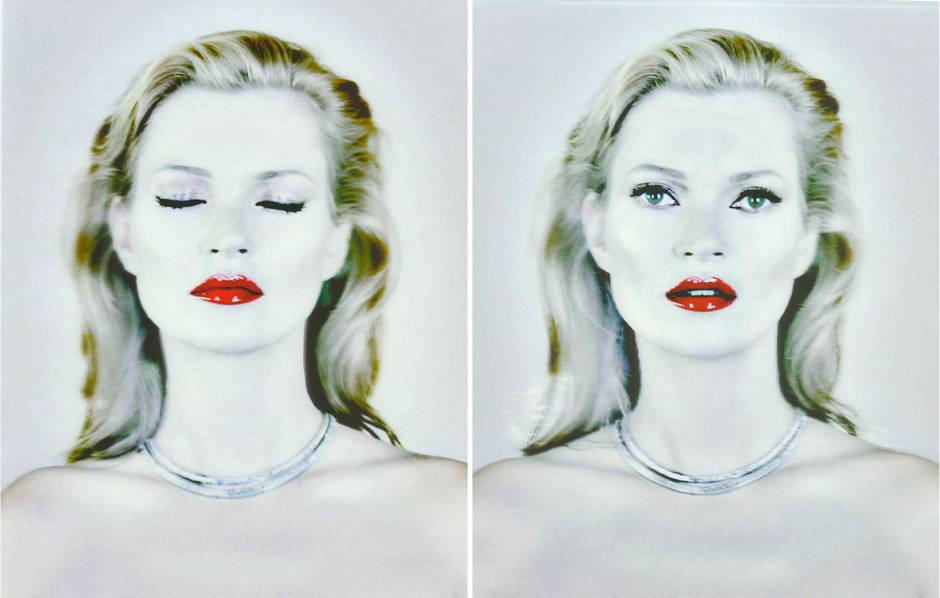 Kate Moss is beautiful in a different way. Why do you think that she makes for such a great subject?

She’s a cultural icon. There is something about her that just photographs incredibly well. There’s geometry in her face or something that really is quite unusual. But what I wanted to do again was take these shots to a different realm. I didn’t want lots of fashion items distracting the work. I wanted to get to essence somehow. By her having her eyes shut, it takes you somewhere deeper. Perhaps beauty is a thing that lies within rather than the superficial image of it.

Some of the pieces that you have really defy description. There’s one that looks like a planet in a box. What are trying to evoke with that?

With a lot of the work, it’s trying to distill things to essence. If we take the physical realm, it’s just energy. It doesn’t exist. We think of the physical – that’s how we perceive it, but really, it’s all energy. And if you distill things to essence, you distill things back just to the purest form. The spherical form resonates throughout nature, throughout the universe. We’re standing on a big sphere as we do this interview. There’s something about this sphere being contained in a cube that just has a very powerful presence to it. The crystal ball or sphere is actually an atomic structure, an energy level. There are forces holding that sphere into form, and that energy has a presence to it. And just to put your attention with it and just to be with it has a meditative quality.

How much time do you spend meditating every day?

One to two hours a day.

Is it hard to quiet your mind?

You do have to kind of work at it but sometimes I just have to sit and get still. I think now I meditate but I would have just spontaneously combusted if I didn’t. How do people not meditate? Once you start doing it, you realize you want to share it. You want everyone to do it. You realize what a different planet it would be. But it is difficult. If you find the time it just seems that you make your decisions for the right reasons. It’s literally going with the flow, accepting things as they are, reality as it is. And that’s a good place to start. It’s the truth.