Clusters of mannequins wearing garments created by this year’s five Oscar-nominated costume designers are on display in February in the Fashion Institute of Design and Merchandising’s now-annual Los Angeles show. Today, production companies hold on to key showpieces, but movie studios weren’t always so careful to archive their history for posterity – or its marketing power.

Many studio warehouses full of decades-old costumes and props were sold off in the 1970s, creating a new hobby and market for film and fashion enthusiasts. These private collectors now, in turn, supply many of the popular exhibitions. 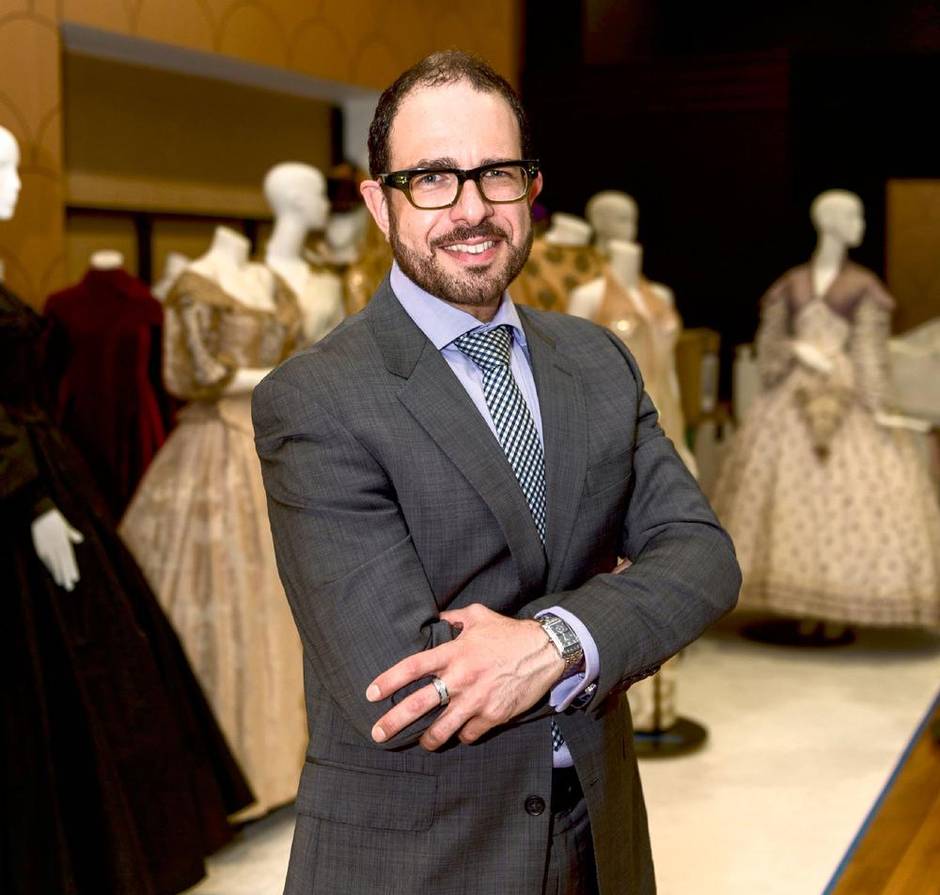 “Now they realize the importance of their heritage and are trying to buy things back!” collector Nicholas Inglis says with a laugh. The Australian solicitor started small when he began collecting screen-worn Hollywood costumes through online auctions 20 years ago: His first purchase was a simple pair of trousers worn by Ava Gardner in the 1953 adventure-romance Mogambo. “Initially, it was a fascination for all things Hollywood as a child,” Inglis explains over the phone from his office in Brisbane. That enthusiasm soon became stewardship and his collection has grown to about 300 pieces, many of which were restored by a former Victoria & Albert costume conservator and are currently on display in the Museum of Brisbane’s Costumes from the Golden Age of Hollywood exhibition (on until May 24). “It then turned into me seeing how much I can preserve, restore, retain and now share with the public,” he adds.

Inglis specializes in period costume, “especially ladies’ gowns, the over-the-top versions of what Hollywood considered history should look like.” He owns one from 1968’s Funny Girl that came directly (for a cool $6,900 U.S.) from Barbra Streisand’s auction 10 years ago, as well as the slinky satin gown Barbara Stanwyck wore in 1953’s Titanic and a blue velvet breeches suit worn by Cary Grant. Now seasoned in spotting forgeries, the inevitable byproduct of a strong demand for vintage costume, Inglis sometimes even informally consults with auction houses. “I’ve learned to understand what a label looks like from the different studio costume departments – what the production codes and four-digit number means. And when you look at the inside of an MGM costume, it’s instantly recognizable with the boning and the way they sewed,” he says. “You get to recognize the same handwriting on the labels.” 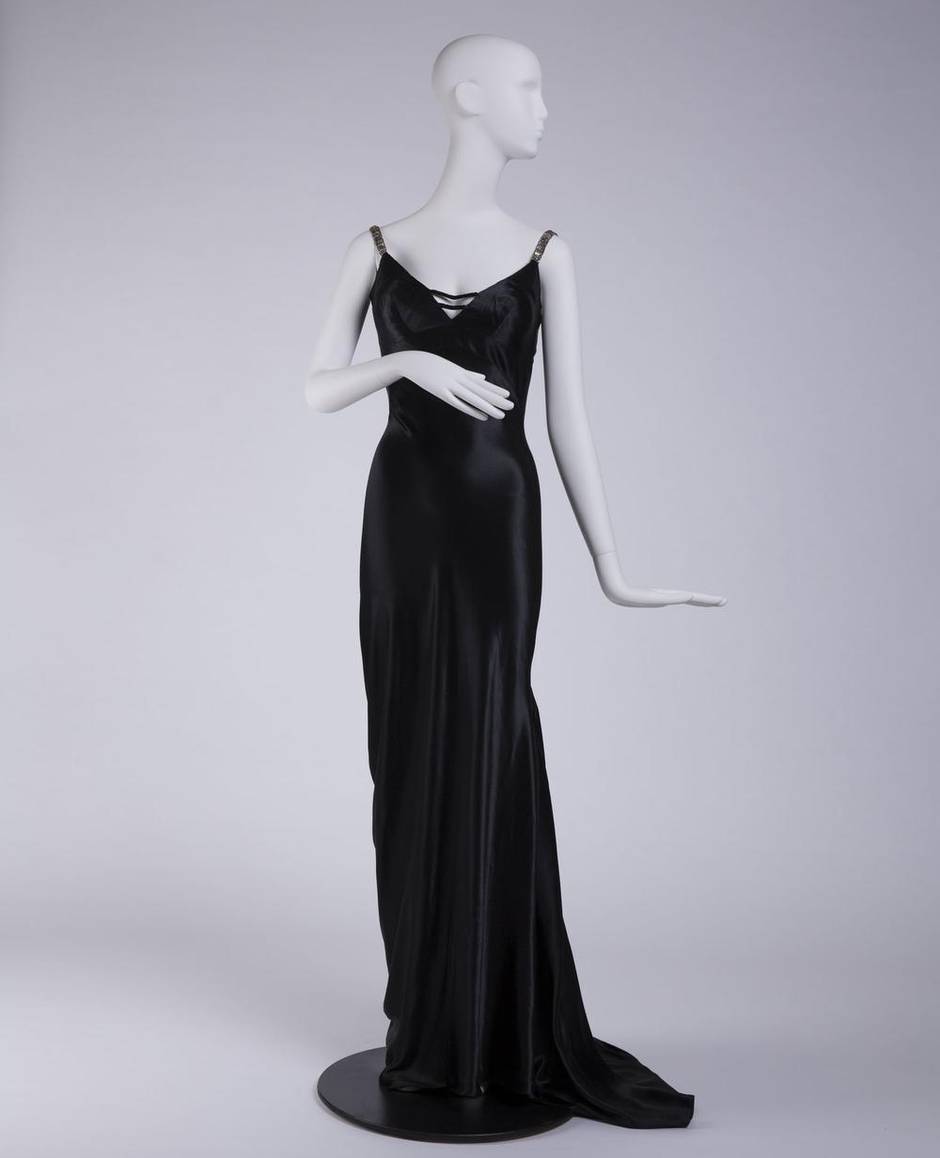 The gown worn by Barbara Stanwyck in 1953's Titanic.

A gruesome Nazi scalp from Quentin Tarantino’s 2009 Nazi drama Inglourious Basterds now resides in London, Ont. – in the collection of high-school art and history teacher Tyler Tierney. “It’s latex with hair in it, pretty neat,” Tierney says of the piece, which is one of about a dozen historical props he has collected in recent years. Tierney’s interest for adding things like a canon plunger from 1991’s The Last Samurai to the pieces on display around his house is both personal and professional, since he also creates sets and prop items. “I’m really into history so I buy props and weapons from historical movies,” he adds, citing his desire to see the technique of craft up close. “I’m interested in how they trick us into thinking they’re real objects when they are fakes – my art is often about faux-finishing as well.”

More glitz than gore, the purple wool dress made by Elsa Schiaparelli for Mae West to wear in the 1937 comedy Every Day’s a Holiday ($9,500 U.S.) and Betty Grable’s gold lamé halter gown from This Way Please (also from 1937) are from the decades-spanning wardrobes that private collector John Davey has meticulously assembled over the past 16 years. Both items are on show in the current Hollywood Glamour exhibit at the Museum of Fine Arts in Boston. 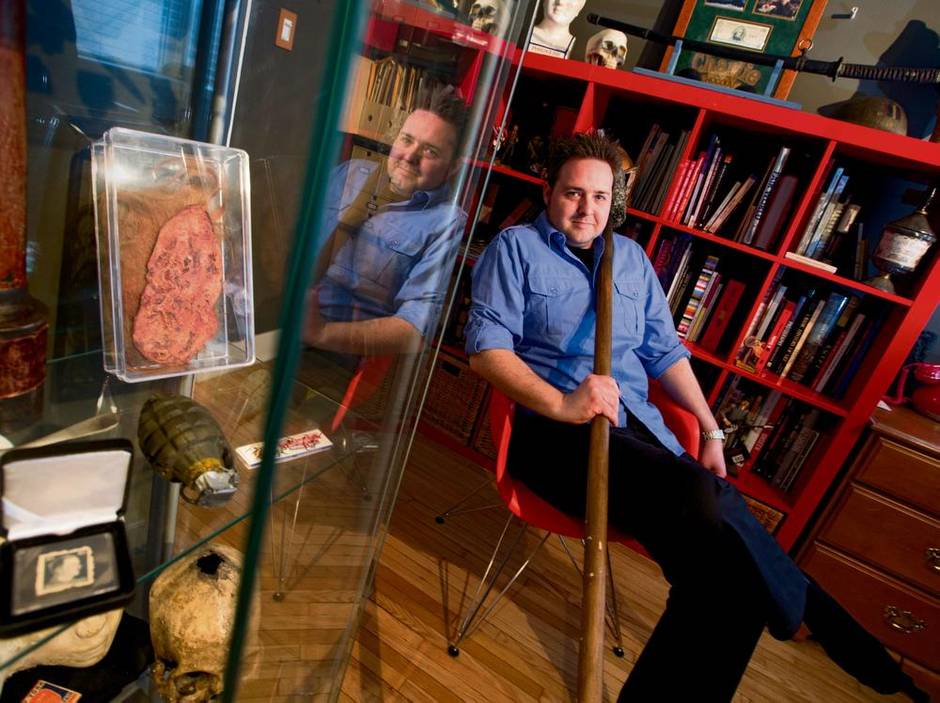 Collector Tyler Tierney. (Peter Power for The Globe and Mail)

Davey, a New York law librarian whose passion for bygone Hollywood films – not to mention talent for research – has lead to a burgeoning second career as a costume collector and historian, has loaned to institutions like the Katharine Hepburn Museum and is preparing an upcoming solo exhibition with the Flint Institute of Arts in Michigan. Davey is also called on to give lectures that illuminate the parallel, often forgotten world of studio costume-design greats such as Adrian, Irene, Edith Head and Travis Banton, who for decades were crucial in shaping moviegoers’ tastes and launching trends. Davey likens the hobby to preserving the hat Abraham Lincoln wore to deliver the Gettysburg Address “or George Washington’s jacket crossing the Delaware. It’s the same impulse. It’s history.”

“One of my favourite pieces is the suit worn by Bette Davis in Now, Voyager as she comes off the ship, after her transformation,” Davey says, recalling the 1942 romance. Like the slip that Marilyn Monroe wears in her first scene in the 1953 thriller Niagara, which he also owns, it appeals because it is all that remains of that moment. “The actor or actress is gone, the set is gone, the time is gone in a way – the way people thought and acted, it was a different aesthetic.” Among the 550 pieces stored in Davey’s weekend home in upstate New York, away from sunlight and in archival garment boxes (which in themselves cost several hundreds of dollars each), are pieces of even earlier cinematic history: a Pola Negri gown, for instance, and one of Rudolph Valentino’s Sheik jackets from the early 1920s. 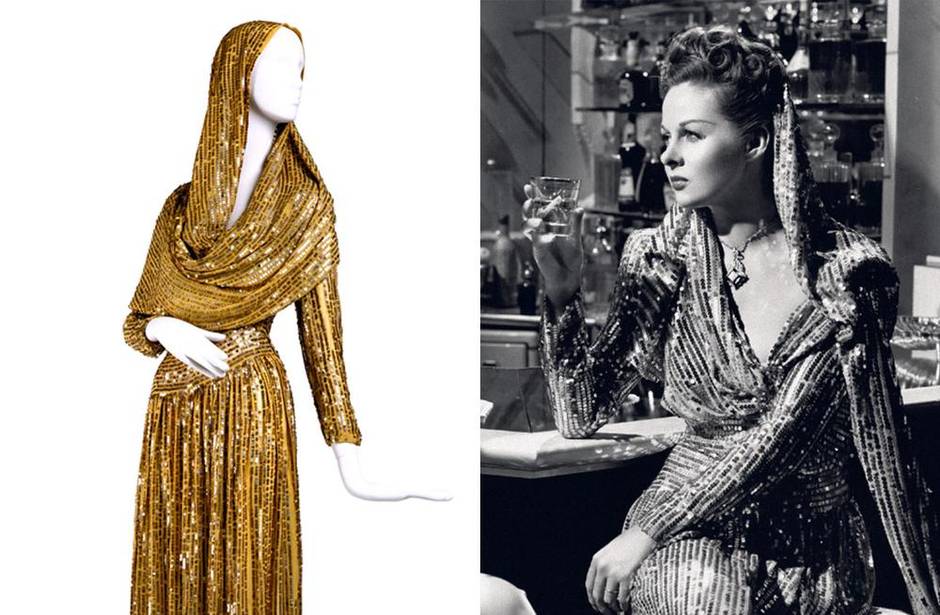 The gown worn by Susan Hayward in 1947's Smash-up: The Story of a Woman.

“I think it’s interesting to see how fashion evolved during those times,” Davey explains of his second, closely overlapping collection of mid-century haute couture. “I have a great Dior gown from the 1950s and a great Helen Rose gown from that era worn by Elizabeth Taylor and you see how the movies interact with fashion and brought the fashion forward.” (Not limited to eras gone by, he also collects contemporary costumes, including Bradley Cooper’s pinstriped suit from 2011’s Limitless and Reese Witherspoon’s pink courtroom-scene outfit from Legally Blonde from 2001.)

“Some people collect football stuff, cars or guns,” Davey says, “so why can’t I collect this just as easily as salt and pepper shakers? Hopefully, it’s worth money at the end, though it’s no different than the stock market. It goes up and down.”