From the time she was a girl, Diana Vreeland knew she wasn't pretty. People would fawn over her younger sister, Alexandra, the child with the violet eyes. Their mother, a noted beauty, was keenly aware of the difference between the two. "It's too bad that you have such a beautiful sister and that you are so extremely ugly and so terribly jealous of her," she once said. Routinely, she would tell the daughter who would grow up to be fashion editor of Harper's Bazaar and editor-in-chief of Vogue, "You're my ugly little monster."

Who wouldn't want to analyze the psychological underpinnings of style – a democratic power available to anyone, compared to the autocracy of beauty – which can redefine notions of what is attractive. "There was a concerted effort to be something different, to transform," says Lisa Immordino Vreeland, the granddaughter-in-law of Vreeland and a filmmaker who directed documentaries Diana Vreeland: The Eye Has to Travel and Peggy Guggenheim, Art Addict about two of the world's leading style icons, but not conventionally beautiful subjects. "That transformation was very powerful. You look at what they did. Was it motivated by their lack of beauty and because of the mean things their mothers said to them? Maybe. But it doesn't matter because they sculpted themselves into these incredible examples of women for us today."

Which brings us to the subject of prettiness versus style. Does one compensate for a lack of the other? And which is more important?

Physical beauty has many forms, the standards of which are constantly changing. And it's in the eye of the beholder, of course. Still, there are traditional notions of it that cut across time and cultures. Is it coincidence that numerous style icons – including Diana Vreeland, Peggy Guggenheim, Wallis Simpson and Coco Chanel – were not considered traditionally beautiful?

The style of these women was deliberate. Simpson only kicked her look up a notch after her relationship with Edward VIII, the Prince of Wales, began. (Vreeland, then working in a London lingerie shop, witnessed the transformation.) Gabrielle Bonheur Chanel was born to an unwed mother who ran a laundry, and part of her childhood was spent in an orphanage. Her determination to escape what she was not born with catapulted her to a different future; a catalyst for her fashion sense. Guggenheim had several nose jobs because she didn't like her looks, but her flamboyant style of dressing – and her money – made her alluring. Vreeland herself once wrote in her journal, "I need to be that girl. I need to stand out."

Beauty or prettiness, on the other hand, is given, not earned. That effortlessness – the opposite of what style demands – is part of its power. It is bestowed like a gift from above, making the recipient seem goddess-like; a chosen one. And it's exclusionary. You can't get it if you don't have it, no matter how hard you try. In fact, trying too hard – such as having plastic surgery – is seen as the antithesis of beautiful.

Just as style can distract from a lack of traditional beauty, so too can it interfere with prettiness. Consider the actress Helena Bonham Carter. She is beautiful; an English rose. And yet she wears wacky, bohemian clothes that are costumey, disguising her natural prettiness. On the other end of the spectrum, off-duty models often dress simply in jeans and T-shirts, without makeup, showcasing their looks with nothing else competing to seduce the eye.

After all, exquisitely beautiful people mesmerize us. We see them on the arms of rich spouses, in Hollywood films, celebrated in magazines. Our culture salutes them, but also undermines them by provoking the assumption that there's little else of note to those who possess it. "We say someone is a dumb blond because [we assume] the woman who has been conventionally pretty all her life doesn't have to work on the inside to make people like her or to have that magnetism," says Dawnn Karen, fashion psychologist and adjunct professor at the Fashion Institute of Technology in New York. "The woman who is not conventionally beautiful, but who has style, knows how to use the exterior and internal to appear attractive."

Many feel that style has an advantage over beauty for this reason. "Style is more to do with your personality, playfulness and character," says Catherine Baba, a Paris-based stylist and fashion lover originally from Australia, known for her penchant for turbans and vertiginous heels. "For me, these attributes are more celebratory in life, en général, than just plain pretty. Pretty can be pretty boring."

Fashion and style have an inherent longevity that scores points against being beautiful. "Style is forever. Beauty is a stopwatch that's going quickly," says Linda Rodin, the silver-haired, 68-year-old model-turned-stylist and founder of the Rodin line of beauty products. A model in her youth, having been voted the most beautiful in high school, Rodin suggests that a strong sense of style might reverse the invisibility some women experience as they age. "But I have never gotten more flamboyant to compensate for my age. I've never been flamboyant. I like to look nice. Getting dressed is like painting. You're your own little canvas," she says on the phone from New York.

Perhaps most fundamental, is the individuality that style encourages: If beauty adheres to standards, fashion flouts them. "Anything that is contre standards, things that are standardized by the mass norm, anything that pushes any kind of barriers – I feel that is something that helps evolve society and mankind," Baba says. "There is a punkishness to style where you choose what you want to wear and how you want to wear it. And it doesn't matter what trend, what age, what level of so-called pretty you are."

We dress to communicate, to play with reality and perception, not just for the benefit of others but also for ourselves. There are times when you can look in a mirror and feel a cunning sense of duplicity – the reflection can be so much stronger, glorious and put-together than the wobbly person inside the clothes. Style is a powerful agent, capable of both winning attention and distracting it from things one would rather others didn't notice. "It's okay not to be beautiful," says Immordino Vreeland. "And that's what's so important." 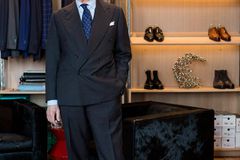 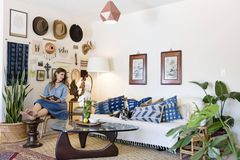 The psychology of style: What’s the real reasoning behind your look?
August 16, 2016