Unless you're a Carmen Miranda fan, fashion inspiration doesn't often strike in the produce aisle. But for several fruitless months, Julie Brown and her husband, Jeremy Watt, had scoured old maps and encyclopedia entries in search of a name for their nascent clothing line, which would feature tees and sweats made on Canadian soil.

Then, midway through a grocery run, Watt noticed the sticker on his organic vegetables: product of Canada. Good name, maybe a tad literal. Province of Canada, however, sounded similarly great and had patriotic pedigree to boot; it was the name given to a united Upper and Lower Canada in the years before Confederation. (Consider that a little back-to-school trivia.)

Launched two months ago, the Province of Canada collection focuses on well-cut basics in a muted palette of black, white and heather grey. "You're never going to get sick of a classic crewneck – these are the staples," says Brown, the former creative brand director for Au Lit Fine Linens in Toronto. "We care a lot about fabrics," she adds, noting that the tank is made from bamboo jersey, the T-shirts from 100-per-cent cotton and the pullover from lightweight fleece.

Like its colonial predecessor, Province of Canada has unification in mind, with a laid-back aesthetic meant to attract both urban dwellers and lakeside cottagers. That design can be traced to their own upbringings. Brown was raised outside of Montreal, while Watt, who also runs the web-design company Up Later Than You, bounced around cities in Ontario. "But I spent a lot of time on the beach in Jackson's Point," he says, "and Julie grew up on the lake every summer. "

Even as the collection expands for cooler weather – hoodies have been added and sweatpants are planned for the fall – Province of Canada will continue to evoke summer biculturalism. "We want to combine city life with cottage and surf life," Brown says. "We don't want people to be confused about who we are."

They're not the only company appealing right now to a national fondness for campfires and canoes. For Parks Canada, the federal agency that branched into apparel this July, nature is not just the cornerstone of its identity but our collective one: The beaver-emblazoned hats and tees are marketed under the snappy slogan "This Land is your Brand."

It's an association that Roots has used for decades with great success, starting with the original beaver logo and extending to a collaboration last month with the Tom Thomson Art Gallery in Owen Sound, Ont. "It's like one of the shirts says: Thomson was a guide, artist, canoeist, woodsman, Canadian," says company co-founder Michael Budman. "This guy is the original Roots man."

There's a certain romance to Canadians' identification with vast, unspoiled wilderness – not just "we the north" but "we the way up north," "we the out-of-cell-reception-with-loons north." Of course, that's slightly disingenuous: While the great majority of this country may be rugged and untamed, Canadians cluster in the bit that isn't.

Still, so much open land brings opportunities and perhaps that's why this wilderness myth persists. We can't vacation like Europeans, booking cheap hour-long flights to capital cities three countries over. But we can take advantage of the relative affordability of abundant cottage property and, in short order, trade our decidedly urban lives for a backwoods escape. And if that's not feasible, we can buy a camping permit and disappear into one of the 1,200 national and provincial parks. (Although not entirely: WiFi is coming to Parks Canada.)

In which case, the most honest sartorial take on our identity may be Roots's recent collaboration with Webers, the half-century-old Ontario roadside restaurant. It's the place caught between Toronto's snarled congestion and Muskoka's idyllic retreat – the place where, if only briefly, you turn from the highway to eat a pile of burgers in the carved-out wilderness before rejoining the commuting hoards. Now there's a land to brand our own.

Singer Rita Ora on her ever-changing looks and the power of fragrance
August 15, 2014 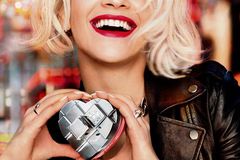 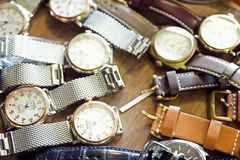 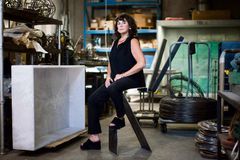