When La Maison Simons, the venerable Quebec-based department-store chain, opened its outpost in West Edmonton Mall two years ago, it was the company’s first store outside its home province. That foray, though, was just the beginning for the 175-year-old retailer, merely the eve of the next phase of Simons’s ambitious national expansion. Two years from now, five more stores – four outside Quebec and the fifth across from Ottawa in Gatineau – will be completed, if all goes according to plan. The combined extra retail space will encompass some 485,000 square feet.

The first of these new stores is to open at Les Promenades Gatineau in August, followed by West Vancouver’s Park Royal Shopping Centre in October, then Square One in Mississauga in March 2016, Ottawa’s Rideau Centre in August 2016 and The Core in Calgary in March 2017.

The schedule is as ambitious as the design schemes for the stores themselves, if Edmonton is any indication. There, avant-garde fitting rooms feature social-media-connected screens, while an undulating lighting installation by architect Philip Beasley, titled Aurora, evokes the Northern Lights.

For all of this activity, however, La Maison Simons, which is a retail institution in Quebec, remains relatively unknown in many quarters of the country. To understand what it has to offer in an increasingly crowded retail market, which is seeing glamorous American department stores such as Nordstrom and Saks venture north, it helps to see where and how Simons began so many years ago, in Quebec City’s Upper Town. During a recent visit to the provincial capital for a prearranged tour of the chain’s historic ground zero, the chill off the St. Lawrence River is cutting and I experience firsthand why Simons, born inside the walls of Old Quebec, was for decades one of the largest knitwear importers in the country. Geography, as they say, matters.

Peter Simons, 50, is the CEO of the privately owned family company; his younger brother, Richard, is the vice-president of buying (neither of their sisters is involved in the business). “Our plan,” Peter Simons says when I meet him, “is to stay a private company as long as we can. How long is long? I don’t know.” Another goal, Simons adds, is to continue expanding until the company has 20 stores across Canada (including at least one in downtown Toronto), although he admits that “it was a very different business when my brother and I started – we were doing $12-million a year.” (In 2012, that figure was more like $300-million, according to reports.) 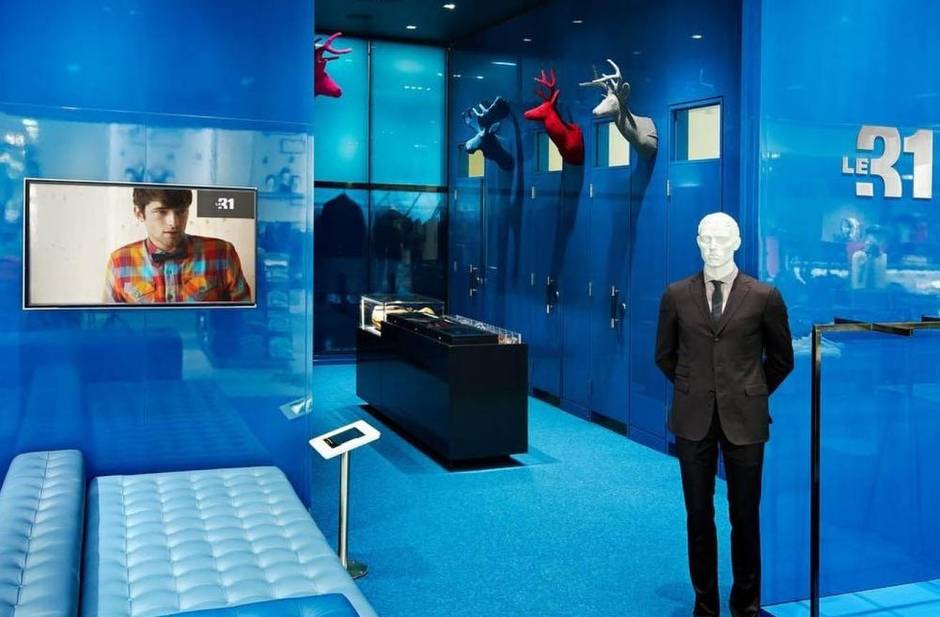 The Simons store in Edmonton.

The first stop on my tour with Simons is Place Ste-Foy in the affluent Quebec City suburb. It was here that his father, Donald, now 85 and retired from the company, situated a second store in 1961. A 2009 renovation and expansion has doubled the size to an airy 100,000 square feet; today, it doesn’t so much anchor the shopping centre as beckon customers from their cars as they drive by – the dramatic facade combines reflective blue glass, titanium, black granite tiles and rough stone.

Inside, it’s ultra-sleek, all glossy white and chrome, with mirrored details and glass walls. We breeze by designer brands such as See by Chloé, Marc by Marc Jacobs, InWear, Vivienne Westwood and Carven. A dizzying array of patterns define the private-label hosiery.

The store has just opened and dozens of cheerful associates are tidying their departments. As we pass, they wave or glance up to smile hello, apparently used to seeing the boss. He, in turn, knows most of them by name.

Technically, Simons isn’t a department store – it doesn’t sell stand mixers or living-room suites – but a retailer of fashion and home decor. Within these categories, the breadth of the selections is staggering. In men’s wear alone, there’s both a snowboard and outerwear section and a White Shirt Bar, plus sections showcasing international designer brands such as Z Zegna, Filson and Paul Smith. Simons’s own brands of suiting come in regular, fitted and semi-fitted silhouettes, to suit a range of body types, tastes and budgets.

The idea is for multiple generations to shop under one roof, the different house brands offering something for everyone. Of those labels, Twik is the trendiest, aimed at the fad-mad under-25 set who might otherwise shop at H&M, while Contemporaine is for chic 30- and 40-something careerists. Another exclusive house brand is Le 31, taken from the expression for dressing up. They all date back to the 1960s, when Donald Simons saw that the youthquake and, later, Expo 67 were influencing shopping; the store added European designers like Courrèges and Lanvin to the mix and modernized for the times by creating its own contemporary collections. 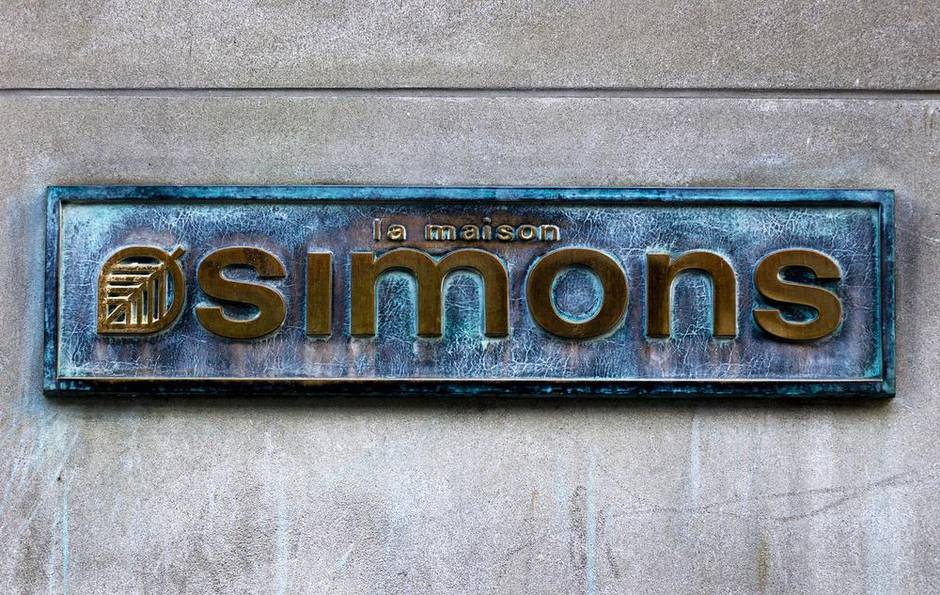 “We aren’t going to localize our assortments – with a store our size, it’s like a menu,” Simons says in reference to the planned new stores. “We have a really complex assortment and it relates to the way people buy and what they want because they are very diversified and sophisticated today – they know how to put together the $20 T-shirt with a $1,000 jacket. They are shopping that way, with very variable needs. Our assortment allows us to service multiple markets like that.”

As we walk through one suiting department, Simons runs into a long-time employee. They joke about having worked together almost 40 years ago, when Simons was a teenager and started working part-time on the sales floor, in men’s socks and underwear, under a certain Madame Girard (who Simons still sees every year at the company Christmas party).

On our way back to the original store in Upper Town, we make a pit stop at the restored Fontaine de Tourny, a 19th-century French fountain that Simons donated to the city for its 400th birthday. At the store itself, which now encompasses three annexed adjacent businesses, including the former Empire cinema and an original Birks shop, there are tasteful geometric touches that evoke the one-time theatre’s Art Deco facade and incorporate its marquee; inside, the look is modern, with back-lit walls and a catwalk. The executive and buying offices are on the third floor and a fourth houses design studios for the house brands. There are photo studios, too; an upcoming e-commerce expansion will put their entire inventory online (about 50 per cent of it is available now).

“Our DNA was really in importing,” Simons says as we walk past tidy stacks of colourful knits to his office. “My great-great-grandfather sailed across the Atlantic for buying – two weeks there and then back. He crossed the ocean 72 times.” These days, Simons does a similar amount of travelling – it just comes with frequent-flier points. The following day, in fact, he’ll be off on a combination scouting, buying and leasing trip. 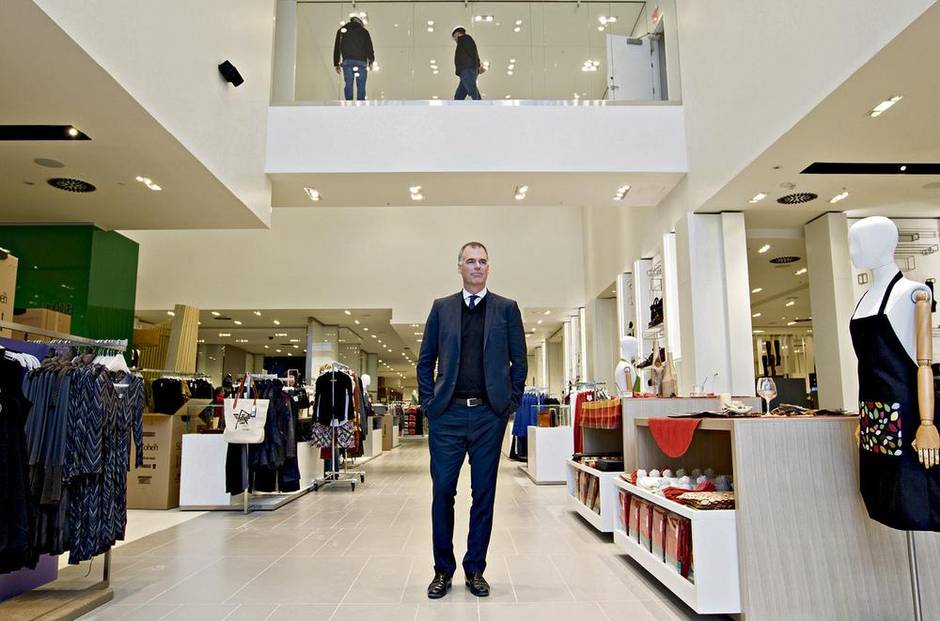 CEO Peter Simons in his Edmonton store. Photo by Jason Franson for The Globe and Mail

Given the company’s aggressive expansion plans, which are not without risk in today’s competitive marketplace, the fifth-generation retailer now considers himself more of an entrepreneur than an heir. “I think there is a place in the market for a real company that’s in Canada and has Canadian values,” he says. Among those ideals, he adds pointedly, are reinvesting profits made in Canada into Canada.

To that end, Simons is adamant about participating in the economy not just as an employer but as a kind of artistic patron, commissioning elaborate designs for his stores. To work alongside established architects Lemay Michaud and McKinley Burkart, for example, he has chosen the emerging Toronto interiors firm designstead. For the Park Royal store in West Vancouver, Douglas Coupland has been tapped to create a showpiece installation.

Similarly, Simons grows animated when talking about the fashion business and the ways, big and small, that the company might stand out from the retail crowd and positively affect the future.

For instance, he sees potential in the talks the firm is having with Bionic Yarn, a startup fronted by Pharrell Williams that recycles accumulated plastic from the ocean into eco-thread for high-performance textiles (it has already been used in collaborations with Timberland, Moncler and G-Star RAW).

“I’m gonna be honest with you,” Simons says later, over lunch in the city’s Old Port. “Forget the next two years of new stores. We’re 175 years old – we don’t think in two-year increments. We’re thinking in 50-year increments.”

When we were at the fountain, there had been too much caked ice and snow on its plaque to properly read the inscription, a poem that Simons had commissioned from celebrated Quebec author Marie Laberge, so I look it up when I get home. Its theme, which could be Simons’s, is the meeting of the past and the future.

One passage reads: “Loyal and proud, strengthened by our past, forever courageous and determined never to die.”