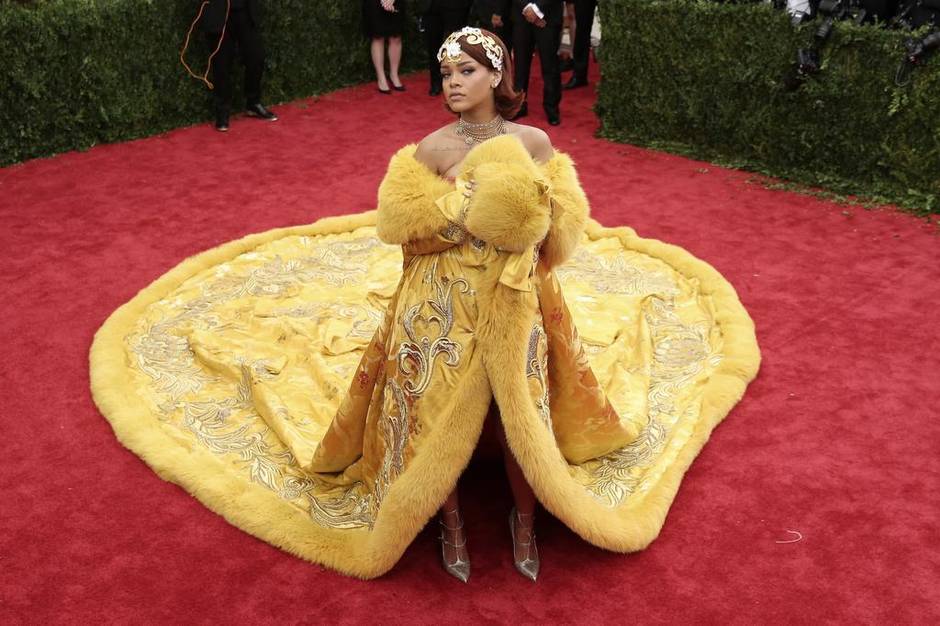 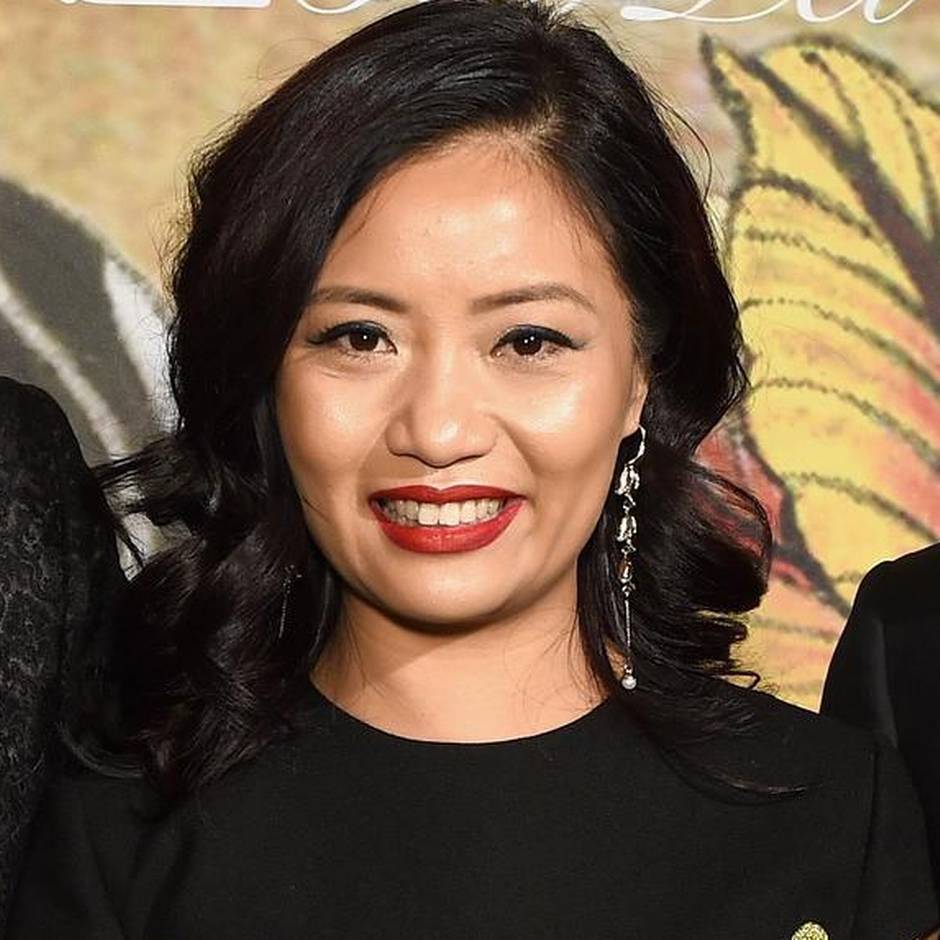 If there was one dress that stood out more than any other at the Met Gala in New York this month, it was pop star Rihanna’s opulent golden cape gown – and not just because of its wow factor. The source of the dress – the Beijing atelier of Chinese couturier Guo Pei – was as notable to many observers as its fur trim and long train.

Five years ago, the idea of Chinese couture would have been laughable on these shores, where the country was best known for cheap clothes and toxic toys. But the once unthinkable – China’s transformation from knockoff nexus to maker and exporter of high-design goods – has been gaining traction in the West. And Rihanna’s turn on the red carpet, seen by millions around the world, could very well be the tipping point between skepticism and acceptance.

“We’re seeing a creativity revolution in China and it’s being driven by two things,” Shaun Rein, the American-born founder of the China Market Research Group and author of last fall’s The End of Copycat China: The Rise of Creativity, Innovation and Individualism in Asia, said in a phone interview from Shanghai, his base for the past 20 years.

“First, more and more Chinese consumers – especially young people – want to buy quality products made by Chinese for Chinese, so designers are responding to that. Second, the Chinese economy is slowing, so those designers and manufacturers who are being aggressive about meeting domestic demand are also thinking globally.”

To be sure, high-end fashion and furnishings constitute only a tiny fraction of total Chinese exports so far, but the foreign followings they are developing are of the most influential kind: stylemakers and power wielders in the fashion capitals of the world. Take Uma Wang and Helen Lee, cutting-edge Shanghai fashion designers whose collections are available in only the trendiest boutiques in Europe, Japan and the United States. “The cool thing about Uma Wang,” says Melanie Innocenti, buyer for the past two years at H. Lorenzo, a leading Los Angeles clothing boutique, “is she designs her own fabrics: these dark, romantic prints you won’t find elsewhere – there’s nothing like her on the market and she’s consistent in her approach and quality.” 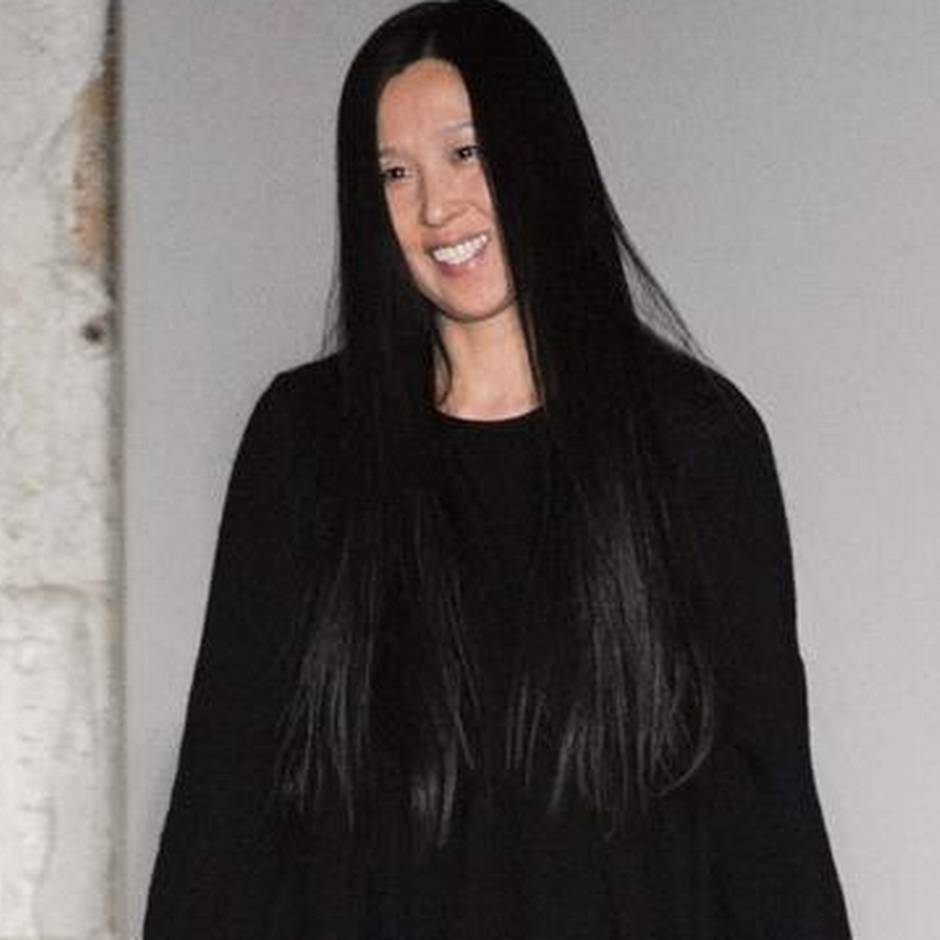 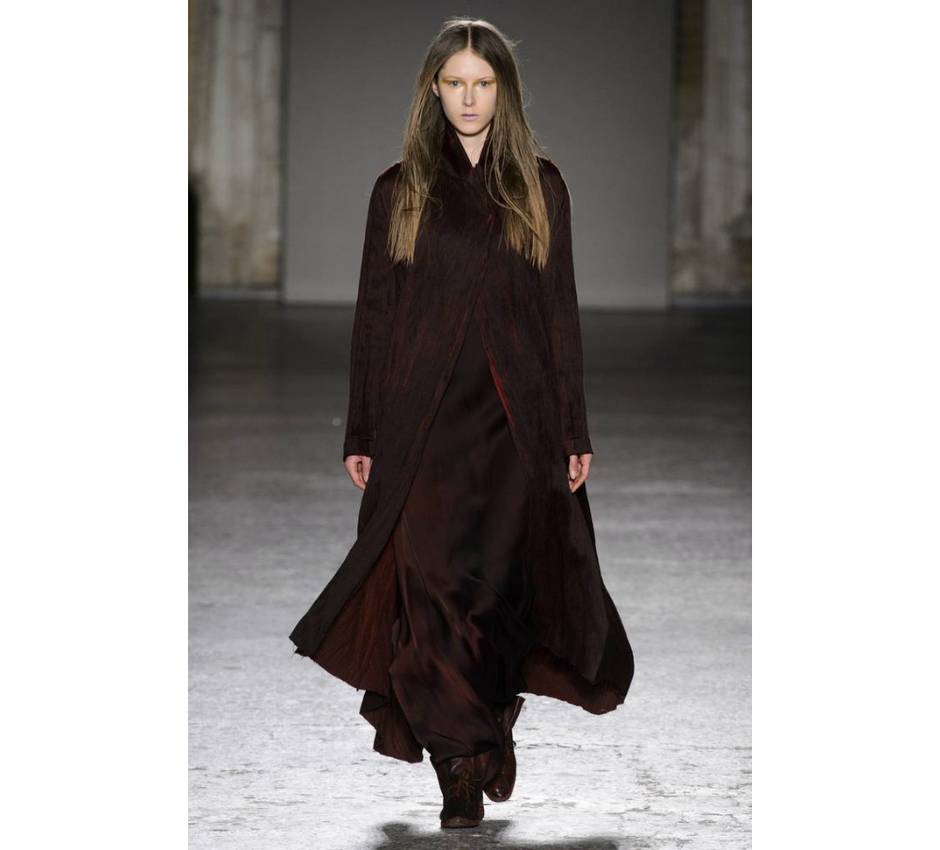 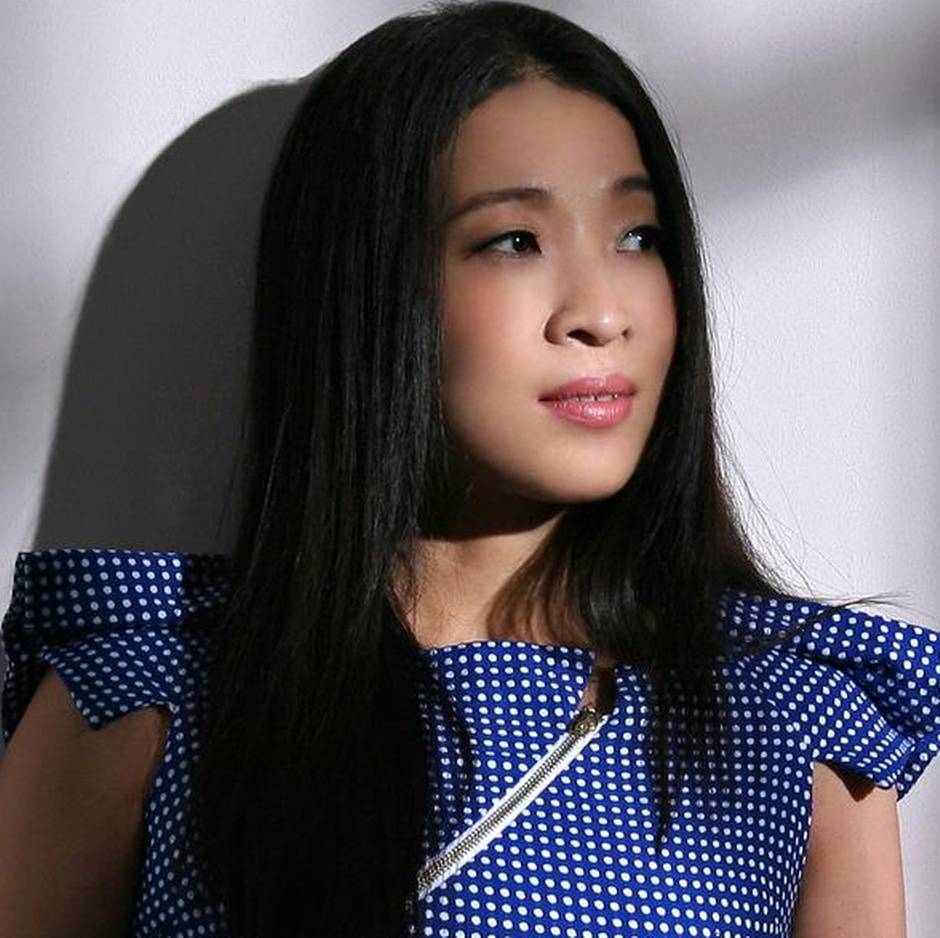 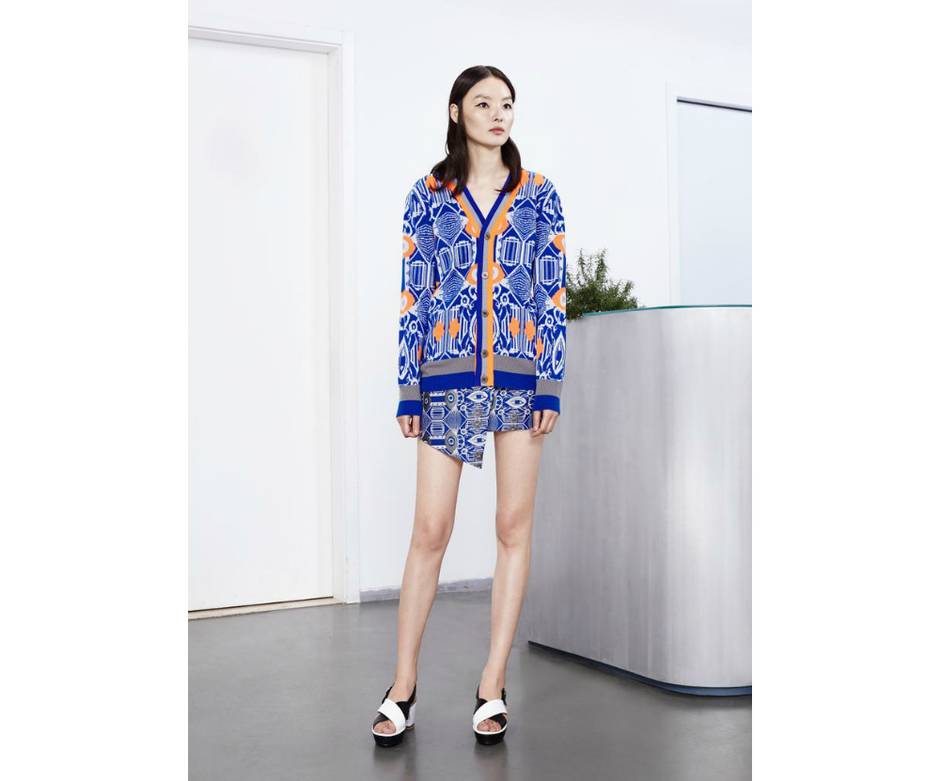 One indication that Wang’s work is a far cry from fast fashion is the prices it commands: from $400 for a scarf to $4,500 for a dress. “We’ve been carrying her since almost her first collection three and a half years ago,” says Innocenti, who notes that H. Lorenzo ships internationally, including to Canada, through its website, shop.hlorenzo.com. “We buy something from her collection every season. And we treat her like something special because we feel she is.”

Hart Hagerty, a designer and brand strategist who lived for six years in Shanghai and currently works for Carrot Creative, VICE Media’s digital ad agency, in New York, recently cited Wang, Lee and another Shanghai designer named Nicole Zhang as cool Chinese couturiers likely to appeal to Westerners. According to Hagerty, their ateliers are akin to similar operations in Europe or North America, employing high-quality textiles and top-notch talent and machinery. She even produces her own small line of jackets in the Chinese city because of the sewing talent there. “China is working very hard to improve its labour standards,” Hagerty says over the phone from Charleston, S.C., her hometown. “There’s a lot more transparency now. China’s reputation for creating quality goods will only grow.”

Before that happens, however, the country is going to have to overcome some pretty entrenched Western prejudices to build on its small-scale successes, both Hagerty and Rein agree. “It’s hard to become a player in an industry; it takes more than a few years,” says Rein. “Some [Chinese] electronics firms, like handset maker Xiaomi, are on their way. I think it’s going to be harder with fashion – for one thing, the body sizes [in the West and in China] are different. I think [Western penetration] will happen first with shoes, handbags and especially furniture. China has a rich tradition when it comes to furniture making and some of the designers in that field are taking it to the next level.”

A new appreciation for Chinese furniture was certainly on display at this year’s Milan Furniture Fair in Italy. Five years ago, organizers and manufacturers there were complaining about Chinese companies coming to the fair and then duplicating what they saw back home on the cheap. This year, however, the Chinese presence was a lot more positively focused and received. Among other initiatives, a new co-operation agreement seeking to combine Italian design know-how with Chinese technical mastery on a larger scale was signed by industry and government representatives from both countries. Visitors could peruse higher-end Chinese lighting themselves in a show called China Meets Italy, while an exhibition of avant-garde Chinese furniture by six leading designers, including the highly regarded Chen Yaoguang and the architect Zhu Pei, attracted appreciative crowds at the Università degli Studi. The latter exhibition was sponsored by the Guangdong Huasong Furniture Group, a major Chinese firm “actively reforming the industry” through improved design and standards, according to show organizers. 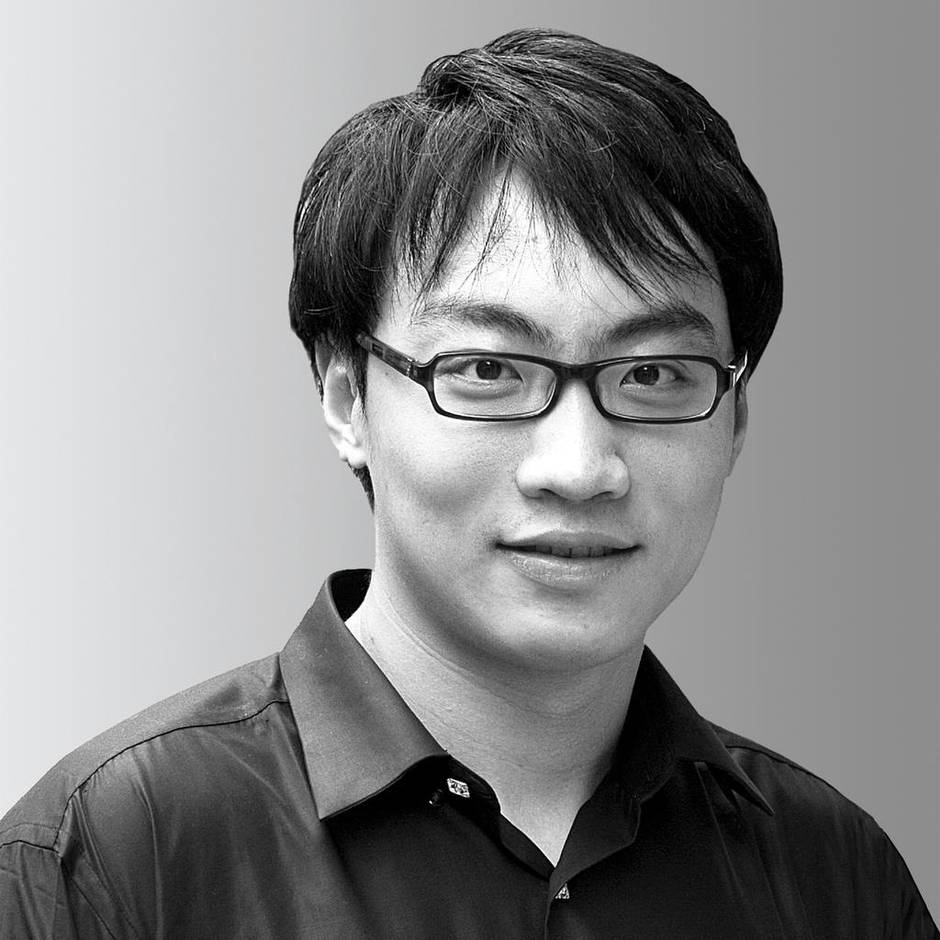 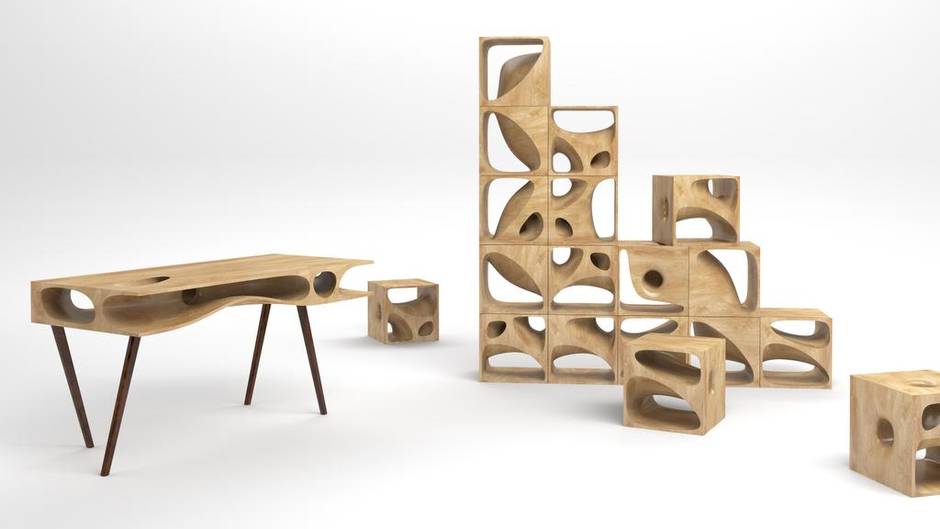 “The metalwork is exceptional and the design is catching up,” one lighting executive, Suthee Bhandhukravi of Bangkok-based Lightsculptures Co., said of China at the fair.

According to Rein, the same economic slowdown that is prompting Chinese firms such as Guangdong Huasong to step up their game has had the added benefit of winnowing out the substandard manufacturers that dominated in the past. Many of those subpar players have also disappeared, he said, because the Chinese government started cracking down on them. “An image of shoddiness still exists [in the West], but a lot of the factories [that contributed to that impression] have gone out of business. Now, the standards in many factories are higher than they are in even more mature markets.” 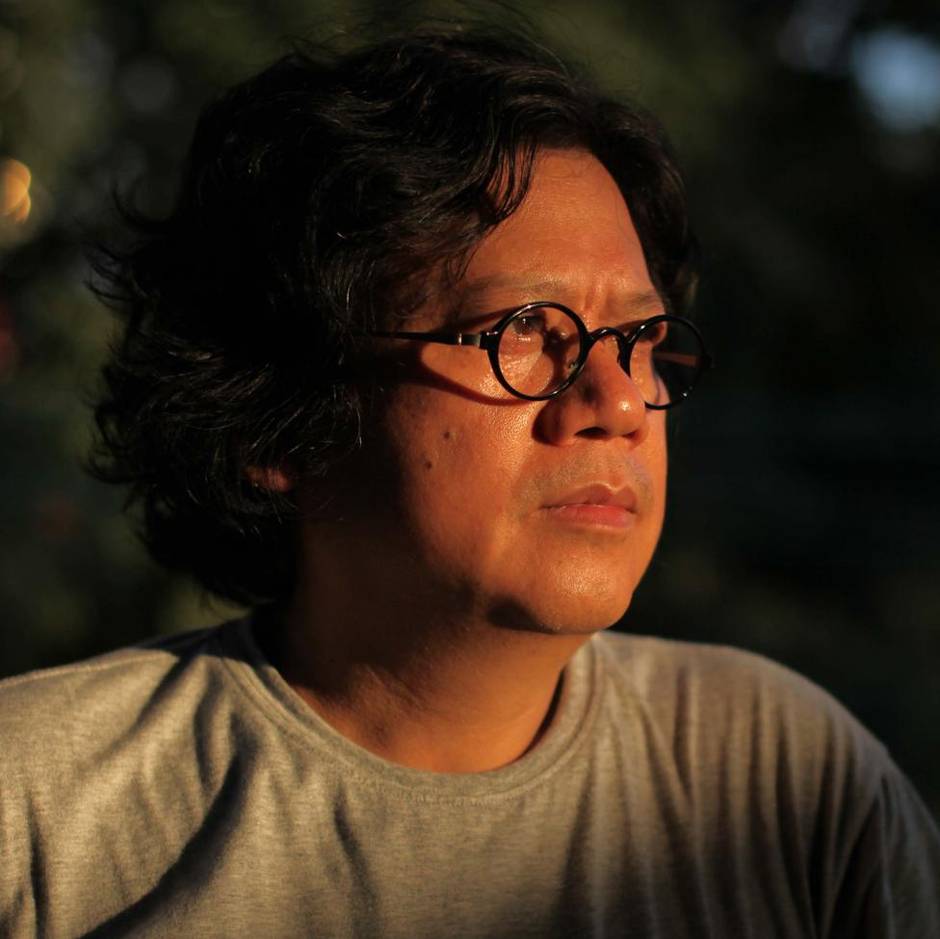 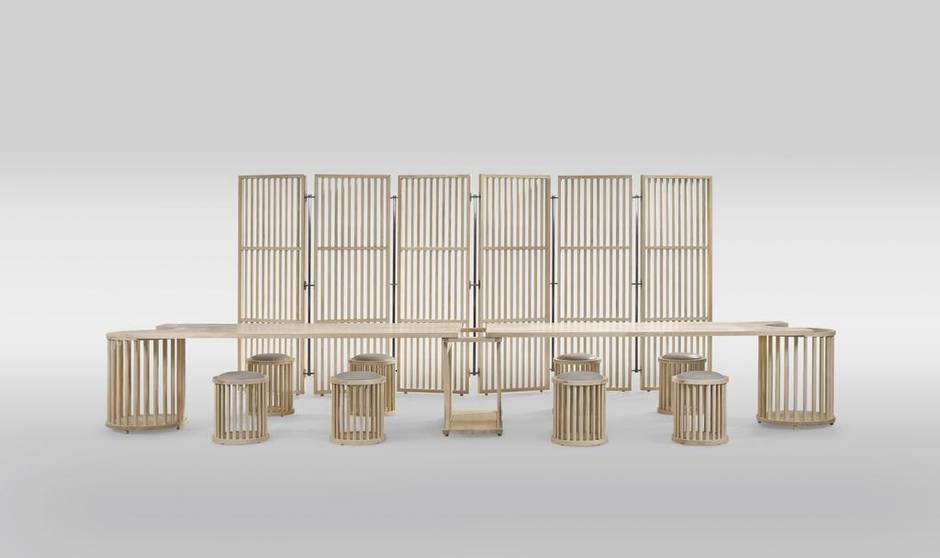 Sherman Lin is a designer of modern furniture with traditional echoes.

While the efforts of the Chinese government to improve manufacturing standards have borne fruit, it will now have to capitalize on its momentum by communicating a design identity that both defines the country and sets it apart, says Kathy Bloomgarden, chief executive officer of Ruder Finn Inc., a global public-relations agency that has extensive experience in China. “What is holding China back from achieving international cachet is brand-building, both on a macro– and micro-level,” Bloomgarden says via e-mail. “Just as Japan is known for its simplicity in design, global markets need to know what Chinese design stands for. Brand China needs an established set of values that are consistent and well-known around the world.”

And now the world is watching. The Rihanna effect, as it might be dubbed, has generated more buzz for Chinese designers and particularly Guo Pei than any government effort could. The attention is guaranteed to send Guo’s career into overdrive – she has already announced a collaboration with M.A.C Cosmetics and plans for a ready-to-wear line – and to make the Metropolitan Museum’s China show, called China Through the Looking Glass, a blockbuster.

In reality, the red carpet at the Gala offered a better glimpse of contemporary Chinese fashion than the exhibition, which focuses on Western fashion inspired by China, does: Only two or three dresses by Guo and other Chinese designers are included.

For a more balanced take on the country’s current design scene, visitors to the Met would be well advised to walk a few dozen blocks to the south and east to the Madison Avenue branch of Barneys New York. In a nod to the Met show, the department store has commissioned a four-piece capsule collection by the Chinese-born designer Huishan Zhang. Heavy on the colour red and intricately embroidered, the pieces have been well-received and are proudly made in China, a fact that likely wouldn’t have been highlighted just a year or two ago. 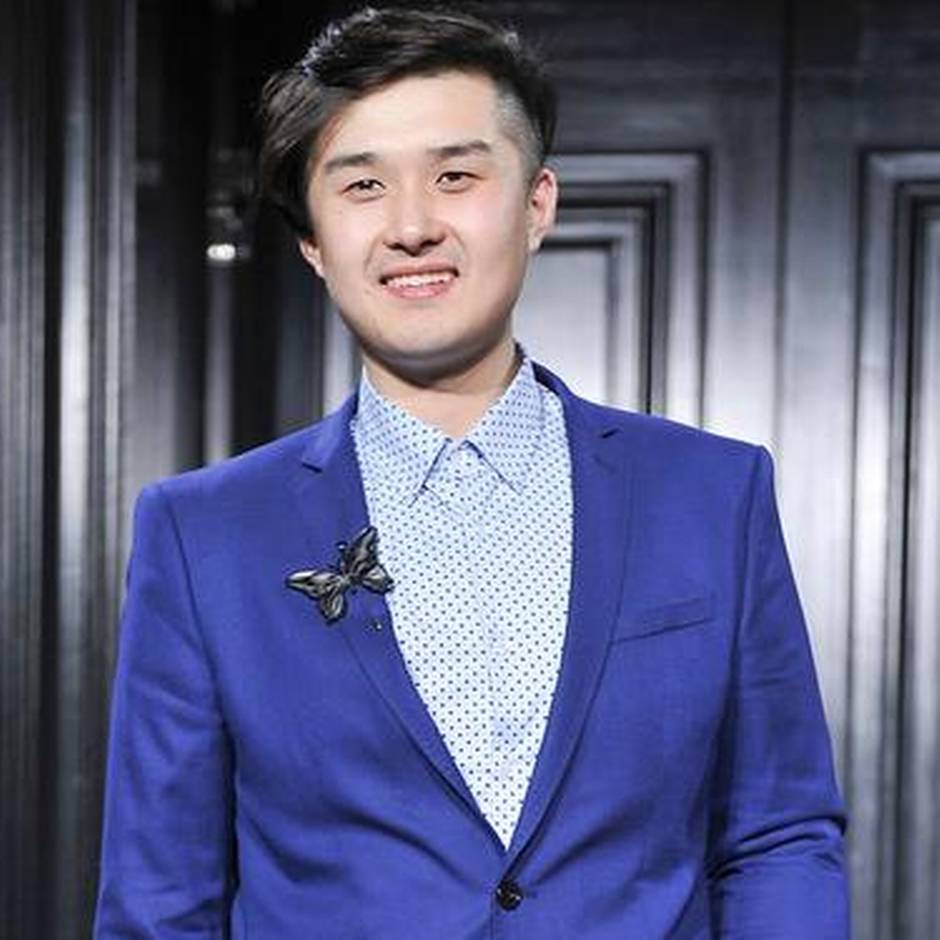 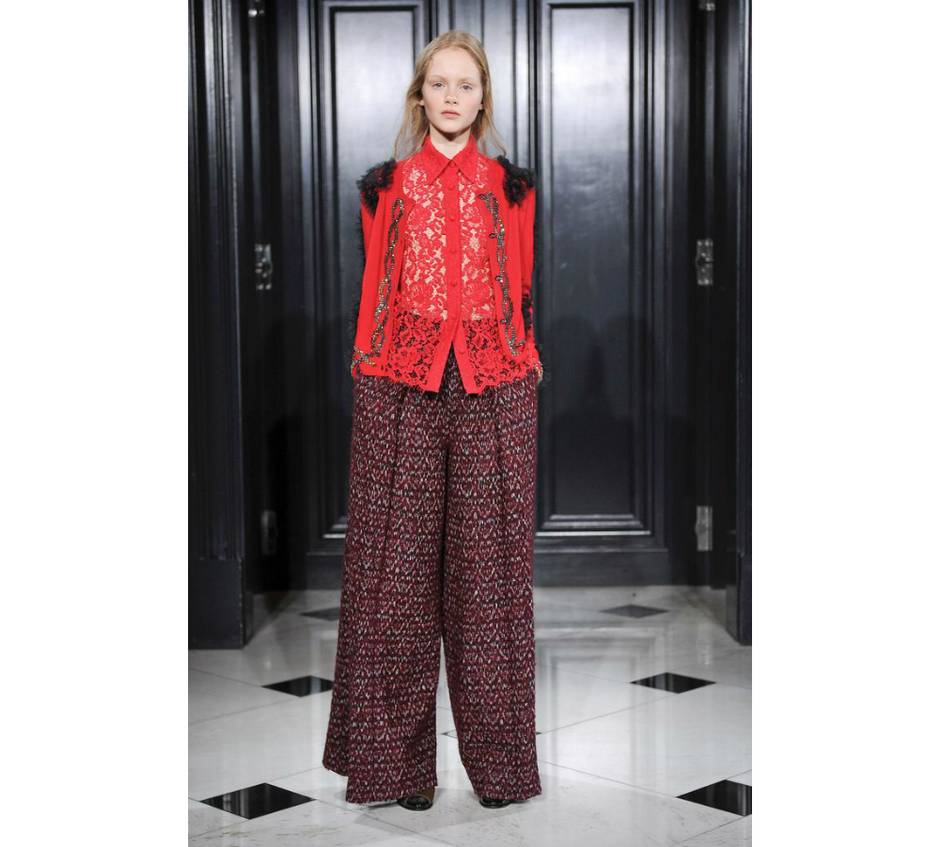