Last week French designer Sophie Theallet, whose clothes have been worn by Michelle Obama, issued a news release declaring she would not be dressing the next first lady, Melania Trump, and invited other brands to join her in the boycott. Ms. Trump can, of course, buy and wear clothes of her own choosing, by any brand; Theallet was referring to the practice of designers working on custom pieces with high-profile clients. She wants no personal association with what Ms. Trump's husband, controversial president-elect Donald Trump, stands for.

It remains to be seen whether the American fashion industry follows suit, but with just one designer pre-emptively digging in her heels, the issue has unleashed much soul-searching in the fashion media. Popular website Fashionista.com has declared it will cover Ms. Trump only sparingly, when it deems it necessary – so don't expect any "Secrets of Melania's Stylist, Revealed!" shopping features. The question is not whether it's appropriate for the fashion press to cover the semiotic diplomacy at work in what a highly visible political leader or his spouse might be wearing, but how lifestyle media generally cover political celebrity – and, in the case of this extreme new regime, whether they should at all.

A Top Five listicle about Melania's personal wardrobe or Baroque decor tips gleaned from the Trump penthouse could be seen as classic lifestyle fare. But how much of this sort of light entertainment coverage makes us complicit in humanizing or legitimizing a regime in the lifestyle pages by putting it on par with any other pop culture personality? Separated from a specific discussion of politics, soft-focus lifestyle coverage can do insidious damage. It distracts and distances readers from the real and serious consequences of their politics. This fawning celebrity-style coverage of authoritarian political leaders should not be the new normal.

The most obvious recent example of lifestyle media gone wrong is Joan Juliet Buck's now-infamous and toothless profile of the taste and style of Asma al-Assad, the first lady of Syria, for Vogue's 2011 "Power Issue," published at the height of the Arab Spring. It was met with a dressing-down for being tone deaf and ignoring the atrocities and reality of that country. In a Newsweek feature the following year, Buck herself denounced the assignment.

The lifestyle feature is familiar now but was new in the 1930s, tracking the rise of modern celebrity and celebrity-media culture. (It was around this time that fan magazines such as Photoplay shifted their focus to off-duty Hollywood stars, from wardrobes to their "at home" private lives, showing them relaxing and hosting dinner parties.) That interest spread to international figures, including notable political figures.

That rise of mass-media celebrification in the 1930s provides both the precedent and the worst-case scenario for today's soul-searching.

To counter negative public interest, in 1932 the Third Reich repositioned Adolf Hitler as a refined homebody, all civility and good taste, through profiles of him off duty in the domestic spaces created with his long-time interior designer, Gerdy Troost. Journalists would describe his just-like-us at-home wardrobe and evening attire.

When architectural historian Despina Stratigakos' book Hitler at Home (Yale University Press) came out last fall, I forced myself to read it – through my distaste – as a cautionary tale and sobering corrective. Stratigakos deeply researches and analyzes a very specific and important facet of Hitler's rise – namely, how he presented his domestic self to the public – and puts it "at the heart of some of the most successful propaganda about Hitler produced by his regime."

What makes it a chilling read is that it's a classic marketing case study about how to create a disconnect between the malevolent figure behind the dangerous vitriol and the one photographed sitting down to dinner with friends.

Nathalie Atkinson: Why we should care what Sophie Grégoire-Trudeau is wearing
March 11, 2016 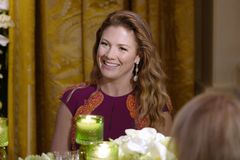 Nathalie Atkinson: There’s a place for style in politics
November 4, 2015 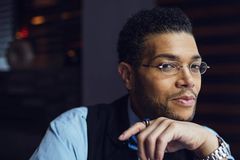