Teen superstar Ivy Wilde lives in a society organized around fashion – where the masses idolize fad-fueling celebrities, who in turn are ruled by an elite band of trendsetting teenagers prepped for their arbiter role from birth.

These teens sit on the Junior and Superior Courts at one of the Big Five fashion design houses and decide which designs will go into mass-production. The teens rule society (and are their families' primary earners) thanks to their venomous tongues and the ability to convince everyone else what's hot or not through taps on their government-issue devices.

This is the world of Material Girls, the new speculative young-adult novel by Elaine Dimopoulos, a professor of children's literature at Boston University – though it doesn't sound all that far-fetched.

Teens rule here in the real world, too. Sister act Kendall and Kylie Jenner debuted their new collection with Topshop last week, the photos showing tropical Hawaiian floral playsuits and fancily frayed cutoffs. At the other end of the price spectrum is Italian wunderkind Nicolò Beretta, a shoe designer and Manolo Blahnik's protégé, who designed his towering, more-is-more fall collection in an ode to – who else? – Lolita.

Yet as important as the American teenager is to the culture now, the prized demographic is, to the fashion world at least, only a few decades old. When subversive Material Girls heroine Marla champions the simplicity of a little black dress, I'm reminded not just of Coco Chanel's little black dress, but also of the stir created by the "young black" dresses created by designer Emily Wilkens.

In the 1940s, the 20-something American had the then-revolutionary idea that there was a need for clothing that would bridge the wide gap between little girls' and adult clothing categories. Wilkens was one of the first designers to successfully create clothes specifically for teenagers, and she was among the finalists for the American Fashion Critic Awards soon after starting her line in 1943.

In her new biography, Young Originals, historian Rebecca Matheson details how Wilkens's work pioneered the use of a new sizing system that prioritized the specific challenges of changing pubescent bodies. That also gave teen girls (or sub-debs, as the 12-to-16 set were then called) agency because they could choose their own clothing from a new, emerging category.

"It was a whole idea of constructing the teenage identity, as well as finding specific clothes that negotiate that space between adulthood and childhood and suit both the customer and her mother," Matheson further explains over the phone from her home in New York. Unlike the fashion hierarchy in Material Girls, this new teen identity was born of sincerity, not cynicism.

As Matheson points out, and present Jennermania can attest, the innocence was short-lived.

From the retailer's standpoint, the teenager is usually gendered female, Matheson writes, and naturally "her awkwardness and confusion create both problem and potential for those involved in the fashion industry."

The combination of increased buying power with the everlasting yearning for independence means brands now target teens directly as consumers, and their parents don't always like it.

Teens are dressing as adults much earlier than their 1950s counterparts, yet take on grownup responsibilities much later than mid-century women, who would as a rule be parents with jobs in their early 20s. "That is something that really seems to resonate with a lot of women I talk to who are moms today," Matheson says of "clothes that suit the body but protect a space of non-sexualization."

Wilkens might not recognize today's cultural landscape – the additional category of tweens did not exist, for one thing – but I believe she would find the debates about empowerment and what is ageappropriate familiar.

Fact and fiction converge again over the issue of quality and longevity. Matheson first came across a dress from Wilkens's Young Originals line at the Metropolitan Museum of Art in New York City a decade ago, while she was a research assistant at the Costume Institute.

She was drawn to it because of its interesting details despite its overall simplicity. Wilkens's main goal was to make enduring fashions, Matheson says, ones that were means of self-expression for teens without being the sort of fads Matheson found described in one 1939 magazine as "lacking in essential fashion worth, conspicuous like a short-lived popular song – catchy but quickly tiring."

That philosophy is echoed today in the sluggish financial struggles of over-branded Abercrombie and the slogan repeated by the fictional fashion rebels in Material Girls: that's KUT (an acronym for "Keep Until Threadbare.") "Clothes now are practically disposable," says Matheson, who believes that Wilkens would be advocating for things that would last.

Material Girls reaches a climax when a few rebel fashion workers plot a "makeover" of society, resisting being slaves to advertising and extreme trend cycles. Teens discerning what fashion pressures truly represent – and then empowering themselves to make independent choices – is hopefully not just the stuff of fiction. 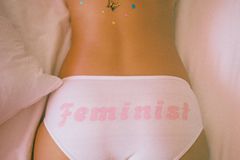 Nathalie Atkinson: In defence of the well-stuffed closet
May 27, 2015 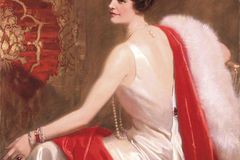 Marco Glaviano: Beauty isn’t just about ‘being 18 years old and having a perfect body’
June 25, 2015 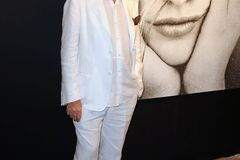