As she studied method acting and carried on with a married Arthur Miller in deepest secrecy in 1955, Marilyn Monroe was making plans. She shared these with Truman Capote one afternoon, and talked to him – the conversation is fossilized in his short remembrance, "A Beautiful Child" – about style, lamenting the lean, effortless look of impeccably dressed socialites like Babe Paley and Slim Keith.

"If anybody ever asked you what Marilyn Monroe was really like," she said, "I bet you'd tell them I was a slob. A banana split."

But that would be impossible. Monroe was never just one thing: When she wanted to shine at parties or for the press, she became that rarefied fleshpot from Gentlemen Prefer Blondes in the elegant if breathless hot-pink gown. Away from the spotlight, she tended to pull back the platinum hair or obscure it beneath a scarf, pairing jeans with short, fitted sweaters – the Monroe of The Misfits. Other times, she gravitated to ladylike suits and gauzy white blouses; to the dramatic, deceptively simple outfits of Oleg Cassini and later, in the looser sixties, to the swingy Jax and Pucci shifts that accentuated her longer, bell-shaped coif.

That is to say, she was as mutable as fashion itself. Perhaps that's why, this month, 50 years after her death, our fascination with Monroe is as alive as it ever was: She is the muse for an upcoming limited-edition collection of 30 new siren-inspired products from M.A.C Cosmetics; the subject of yet another biography (Marilyn Monroe: The Passion and the Paradox by the feminist historian Lois Banner), two memoirs (Norman Mailer and Bert Stern's Marilyn Monroe and Lawrence Schiller's Marilyn & Me: A Memoir in Words and Pictures) and a style tome called Marilyn in Fashion by Christopher Nickens and George Zeno that traces the starlet's legacy as a fashion and beauty icon.

Her familiar silhouette is haunting the fall runways, too, in the wake of My Week with Marilyn: Stella McCartney, Bottega Veneta, Marc Jacobs and Valentino showed dresses and sweaters for day and night that, with the assistance of peplums and panniers, slide recklessly into a wasp waist and out toward full curves.

It's a paradoxical look for modern women who are reconsidering hyper-femininity as a desirable aesthetic while overhauling its essential meaning. This requires a shift in perception: from the idea of the curvy dish as helpless and weak to a model of femininity that is as complex as Monroe herself.

Complex and paradoxical: Seeming sleepy, even dopey, in her films – with tousled bed-hair, the eyes at half-mast, the drawling whisper – she displayed a cunning that Alexis Fay, creative curator of the advertising agency Young & Rubicam, says had everything to do with putting herself in the right place among the right people at the right time. "She seduced the world," Fay says. Indeed, never has a star been as shrewdly in control of his or her persona. This talent for self-invention showed itself in Monroe's style sense: "She learned quickly how to mix sex and fashion," Nickens and Zeno write in Marilyn in Fashion. In a career-escalating move in 1952, at an awards ceremony in Santa Monica where Monroe received an award for "Best Young Box Office Personality," she dropped the shoulder strap on a plunging Oleg Cassini gown, taking it from daring to scandalous. She was simply sewn into other dresses, pale, iridescent sheaths – who can forget her "Happy Birthday, Mr. President" gown? – that shimmered like another flawless skin.

"She knew exactly how to get the effect she wanted with black jersey, fine silk-crepe or a solid nimbus of skintight sequins," as British journalist Meredith Etherington-Smith says in The Personal Property of Marilyn Monroe.

And if she didn't get what she wanted? She improvised, having a cobbler shave down one of her heels to give her walk a more pronounced wiggle, or borrowing a fashion tip from burlesque – an unprecedented move at the time – and donning a G-string under a see-through dress long before thongs entered the public domain. She studied her image like a jeweller, using a loupe to detect flaws, then slashing through negatives that, to her eye, did not further her meticulously maintained image.

According to the authors of Marilyn in Fashion, Monroe was known to work closely with costume designers, on and off the set, using them "as her personal couturiers." Even when she wore outfits by major labels such as Christian Dior or accessories by Louis Vuitton and Salvatore Ferragamo, the Marilyn effect was such that, when the actress struck a pose, "almost no one paid attention to the designer responsible."

These were some of the items in her wardrobe that she had shipped from Los Angeles to the home she would make with Miller in New York. The list is compellingly, even lovingly, organized. It goes on and on and reads like a poem about splendour and allure. Of course, the clothes are only part of the story. The marriage with Miller would fall apart, and it would be her last. Thinking of those garments, in tissuewrapped transit, is as sad, ultimately, as remembering the images of police officers making inventories of her furs the day she died.

Yet, if Monroe never got to keep trying on new lives with the passion and certitude that she brought to choosing clothes, her ghost (in shape and in spirit) continues to inform us about what it is to occupy the body we were born with – and about the joy, and power, of fashion, all dressed up or wearing nothing but Chanel No. 5. 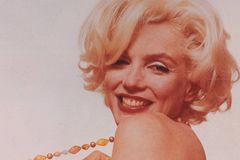 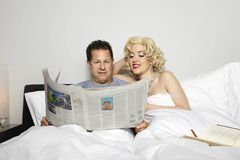