Back in 2008, when Sean Avery, a left winger for the New York Rangers and one of the National Hockey League's most notorious agitators, revealed that he would be spending his time between seasons interning at Vogue, many of the league's pundits and diehards struck back at the Pickering, Ont.-born athlete, using the opportunity to not only poke fun at his masculinity but to question his allegiance to the game.

As word of his stylish gig spread, however, it quickly became apparent that an NHL bruiser with a lifelong interest in fashion was indeed big news, particularly for a professional sport whose biggest style contribution thus far – aside from Maurice (Rocket) Richard's slicked-back hair, Wayne Gretzky's propensity for tucking his jersey into the right side of his pants and Don Cherry's indescribable get-ups on Hockey Night in Canada – was introducing the world to the concept of hockey hair.

Yet, with the exception of a few notably stylish up-and-comers, Avery has turned out to be something of an anomaly, entrenching hockey's reputation as the sport that style forgot.

"There's currently no Dwyane Wade or Derek Jeter in professional hockey," says Canadian sportscaster Cabral (Cabbie) Richards, host of Cabbie Presents on TSN's SportsCentre, noting that it's the sharply dressed guys like Wade, guard for the Miami Heat, and Jeter, shortstop for the New York Yankees, and not NHL players "who are in the pages of Esquire."

Indeed, it is those pro athletes, along with NBAers such as Chris Bosh and LeBron James, both teammates of Wade's, as well as major leaguer Matt Kemp, outfielder for the Los Angeles Dodgers, who are being lauded by men's magazines and style blogs for deftly pairing their designer high-tops with custom-made formal wear at special events. And although he's reached his saturation point with all of those UGG ads, it's hard to ignore Mr. Gisele Bündchen, a.k.a. football's Tom Brady, who married into fashion royalty but still owns any red carpet he sets foot on, with or without the supermodel wife on his arm.

Meanwhile, NHL players, who have been contractually obligated to wear a suit and tie to and from games since 2005, when a dress code was written into the league's collective bargaining agreement, often appear in boxy jackets and baggy pants that pool around their hulking frames.

Granted, it can be a challenge to find dress clothes that accommodate overdeveloped quads and glutes. However, as professional basketball, football and baseball players have learned over the years, experienced tailors can solve the problem with a few well-placed darts and seams.

According to Richards, it's the culture of hockey that prevents players from exploring their sartorial options. "It's an exciting game, but it's not as flashy as basketball or football," he says. "A lot of NHLers grew up humbly in small towns. Most of them aren't really look-at-me kind of guys." What's more, he says, "Hockey has sort of muted the individuality of its players. It's very much team first," he adds.

What it would take to get hockey players to be more expressive, both on and off the ice, is one larger-than-life star, "someone like a Joe Namath or Walt Frazier," Richards says. (In the 1970s, Broadway Joe, as Namath was often called, wore an ankle-length fur coat on the football field's sidelines, while Walt [Clyde] Frazier, a guard for the Knicks, was often seen on the streets in Manhattan rocking a wide-brimmed fedora and black leather trench, which he sometimes swapped out for a metal-studded cape.)

Avery, who guest edited MensVogue.com, appeared as a judge on Project Runway All Stars and inspired New Line Cinema to commission a screenplay about his magazine internship, might have been that star.

He certainly had the good looks, fancy clothes and famous friends (a New York Times profile from 2009 mentions Kirsten Dunst and Narciso Rodriguez turning up to a Rangers game to cheer him on). He was even the face of the men's-wear brand Hickey Freeman last summer. But while his foray into fashion flourished, his hockey career was marred by injuries, trades and suspensions from the game, all of which culminated with his "unofficial" retirement from the sport last February.

Some are currently wondering if that star could be Henrik Lundqvist, the svelte Swede who plays goal for the New York Rangers.

Shortly after winning the Vezina Trophy last year, an award given out annually to the league's best goaltender, Lundqvist was spotted in the front row of Calvin Klein's spring 2013 men's-wear presentation in Milan, seated between two of the sporting world's biggest clotheshorses: the New York Knicks' Amar'e Stoudemire – Anna Wintour's preferred fashion-week companion – and the Giants' Victor Cruz, who after just one season in the National Football League had made Vanity Fair's 2012 International Best-Dressed List.

The style cognoscenti took notice: Shortly after appearing at the Calvin Klein show wearing a steely grey one-button suit and matching skinny tie, Lundqvist earned the title of most stylish athlete at the New York Style Awards, which was followed by an appearance on MR PORTER.COM in The Way I Dress, a short film about the ritual of getting ready.

"The truth is, the dashing Mr. Lundqvist had been on our radar for months," says Jodie Harrison, the e-commerce site's editor. "We had seen him out and about in New York with his wife and newborn baby. He always seemed to have a good grasp of what style of suiting worked best for him and he also knew that a great tailored overcoat could streamline one's silhouette. He clearly had opinions about style and we wanted to capture them," she says.

A deep dig through Google uncovers two more of the sport's hotshots who, like Avery before them, recently signed endorsements with other fashion-conscious companies. Ontario-born Steven Stamkos, a top scorer with the Tampa Bay Lightning, is currently an ambassador for the Swiss watch brand Tissot (the company just released a limited-edition timepiece called the PRS 200 Steven Stamkos 2013) and names Richard James, John Varvatos and Gucci as his favourite designer labels. Then there's Lundqvist's teammate Brad Richards, originally from Prince Edward Island, who used the time during the NHL lockout to sign a deal with UNTUCKit, a U.S.-based men's-wear line specializing in tailored shirts.

They may not yet be the Walt Fraziers of their day. Hockey has a long way to go before it puts itself on the style map – but Lundqvist, whose teammates used to tease him about the slimness of his Tiger of Sweden suits, is optimistic. During his acceptance speech at the Style Awards, he told the crowd, "I've played hockey for over 20 years now, so I've seen a lot of missing teeth, bad haircuts and terrible suits, but I've also seen some progress." 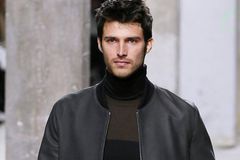 Why are men spending hundreds of dollars on T-shirts?
January 26, 2013 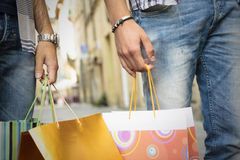 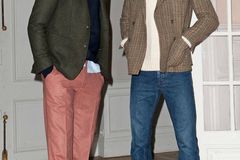