Romantic, mystical and emotional, the graphically arresting work of Scottish-born photographer Albert Watson has left an indelible mark on pop culture since he moved stateside in the early 1970s. Though blind in his right eye since birth, Watson sees the world through a remarkably sensitive lens that has made for decades of dramatic images. With more than 200 Vogue and 40 Rolling Stone covers to his credit, the 72-year-old artist also relishes shooting landscapes and still lifes, and has directed myriad ad campaigns and commercials.

A student of graphic design, film and television, Watson initially got his biggest boost of confidence from shooting Alfred Hitchcock holding a plucked goose for the 1973 Christmas edition of Harper’s Bazaar. It was his first celebrity assignment, prompting him to feel that, if he could do that, he could do anything. Watson was living in California at that time, but moved to New York three years later and never looked back.

Although he has embraced modern technology wholeheartedly, Watson continues to romance the past, as evidenced by a diverse collection of his silver gelatin prints currently on display at Izzy Gallery in Toronto. I spoke with him about his passion for both darkrooms and computers, the annihilation of fashion and why he believes that photographers get better with age. 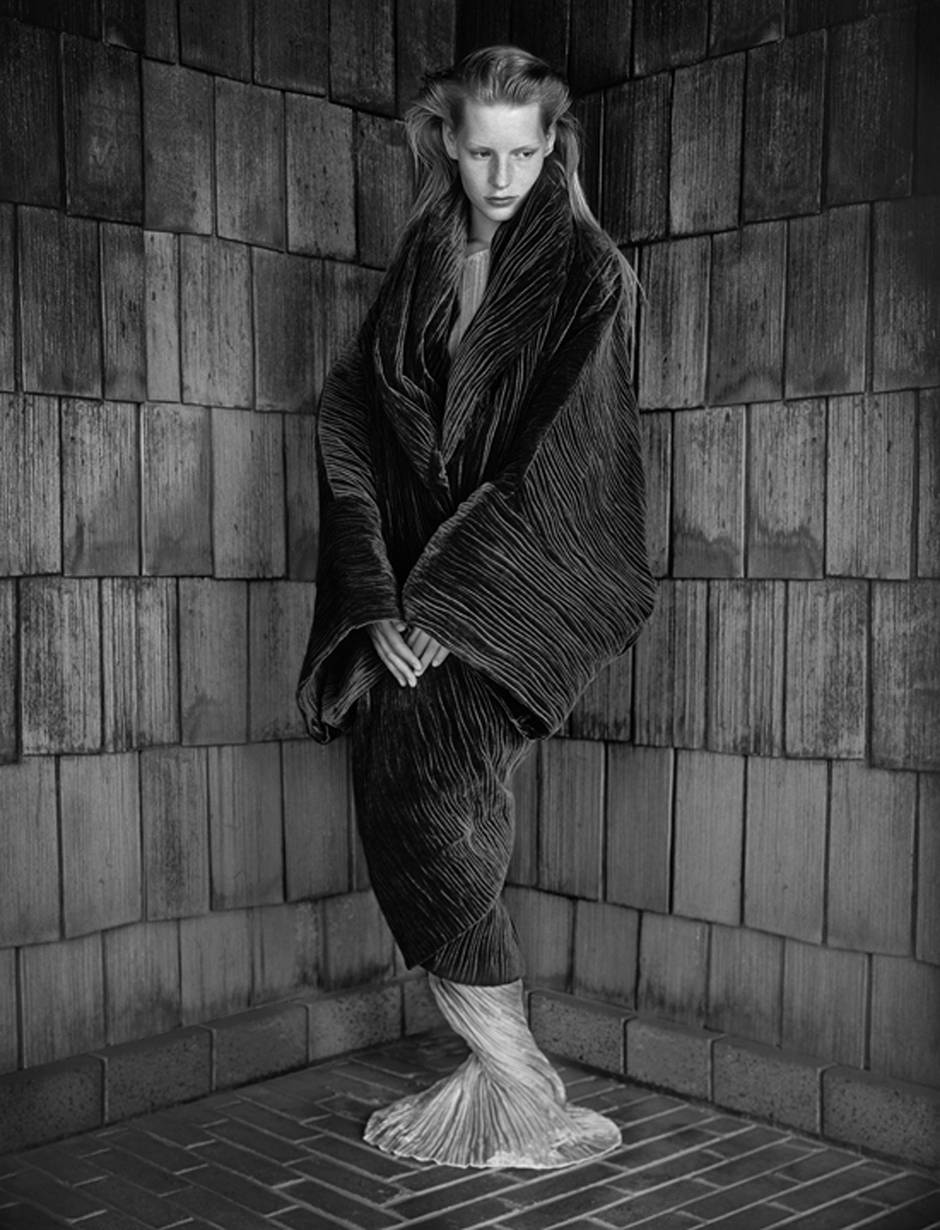 Most people know you from your work with fashion and celebrities, but there’s another side of you that loves photographing landscapes and still lifes. How is it that you’ve managed to tap into all those different passions?

You almost answered that, because you said different passions – and that’s what it’s about. In other words, if I’m driving down a highway and see something interesting in the landscape, I stop and I shoot the landscape. I don’t stop and say, “Oh, I’ll take this landscape!” and then go, “Maybe not, because I’m a fashion and celebrity photographer, so I won’t do landscape work. Somebody might see me taking these landscape pictures.” Of course I’m going to take it, because it’s spectacular or unusual or whatever. Also, with the landscape work I was doing, I was interested in trying to see if I could twist and move these landscapes into something that looked like my pictures, something unique to me. I was looking for pictures that were emotional.

There was so much going on in the New York fashion world when you arrived there in the mid-1970s. Those must have been very heady times for you.

Sure, there was a lot of rushing around, but there’s not much fashion left now. It’s a war zone and fashion was annihilated. There was also a lot of fun back in the sixties, but by the time it got to the eighties, things were winding down. But in the seventies, there was so much great music, great fashion. After that, technology came in. 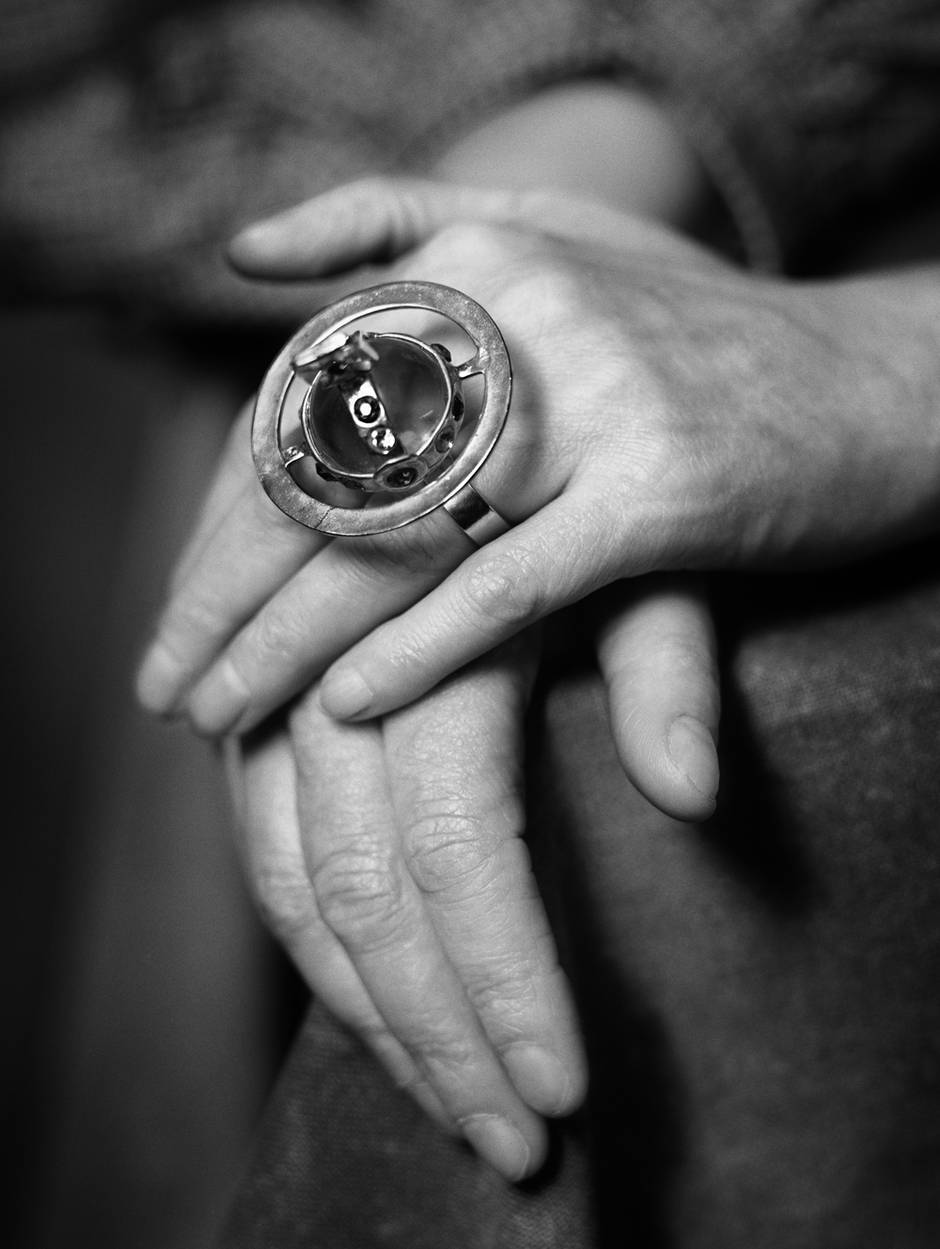 How did that accessibility, and democratization of photography as a result of technological advances, change your approach?

It hasn’t really affected me in any way.

Absolutely. The most interesting thing to me was not the camera. It was the computer. That’s what changed it all. Of course one could say that you take a piece of old-fashioned film and scan it and then it becomes a digital photograph. So that is part of digital photography. And you’ve got to make that distinction between your digital camera and what your iPhone can do. But it hasn’t really changed things for me. What changed things dramatically was the computer. That I find fantastic. 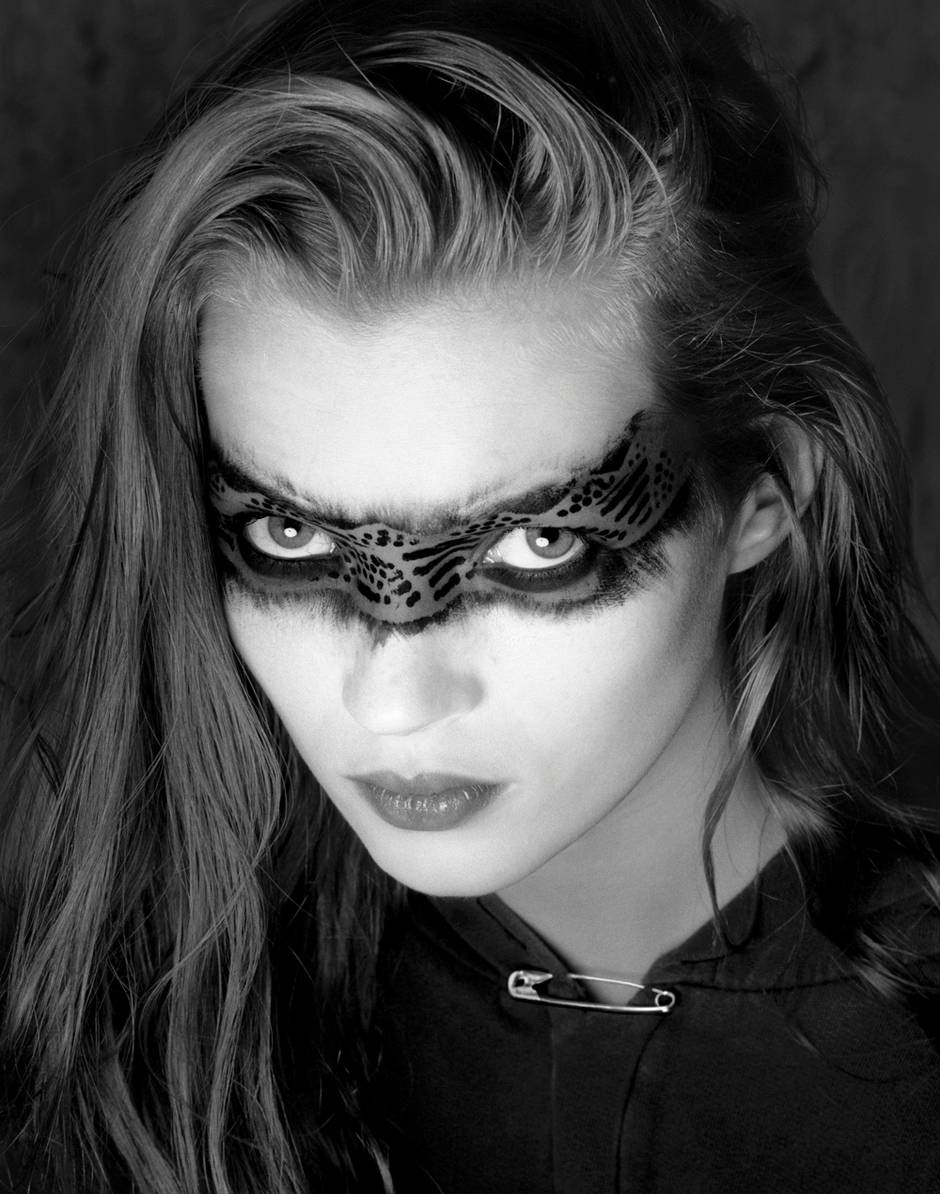 You’ve worked with some extraordinary celebrities. And you did a particularly compelling shot of Kate Moss in Marrakesh on her birthday. What was she like to work with?

She was fabulous. I mean, she was really wonderful, and that day she never complained once. It was her 19th birthday, but after working 14 hours, she then said, “ You know today is my 19th birthday.” And she’d never mentioned that once, she didn’t ask for anything. At the end of it, I said, “I feel badly. We could have done a nice little lunch for you.”

You were saying how there’s no more fashion any more.

Well, there’s style in the arena, but no fashion. 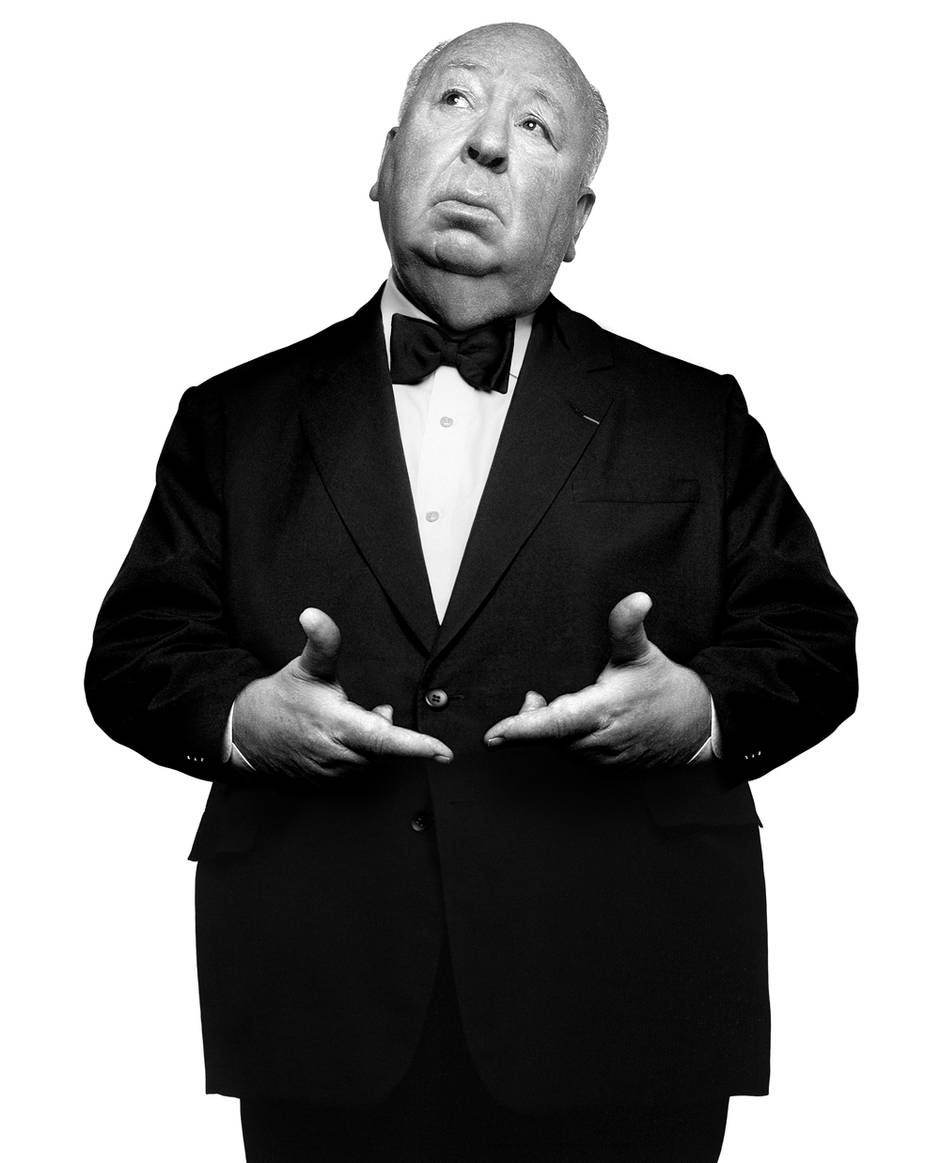 So does it still give you satisfaction to work in that arena?

Absolutely. There are still some good designers, but a lot of them now live in the past. There’s a lot who look at antique clothing for ideas for inspiration. So they come out with a collection that’s a variation of something already seen. And basically, kids are wearing the same sort of things now that they were 15 years ago. If you think about photos that would be taken back in 1880 and then look at photos taken in, say, 1912 – well, that’s a 30-year difference and there’s a completely different fashion. Now, I could take a shot from 20 years ago and you would obviously see it’s not 1910, but you wouldn’t be able to say exactly when it was taken.

That’s what’s so enigmatic about these times. We’ve always thought of fashion as a reflection of our life and times, but it’s not that any more really. 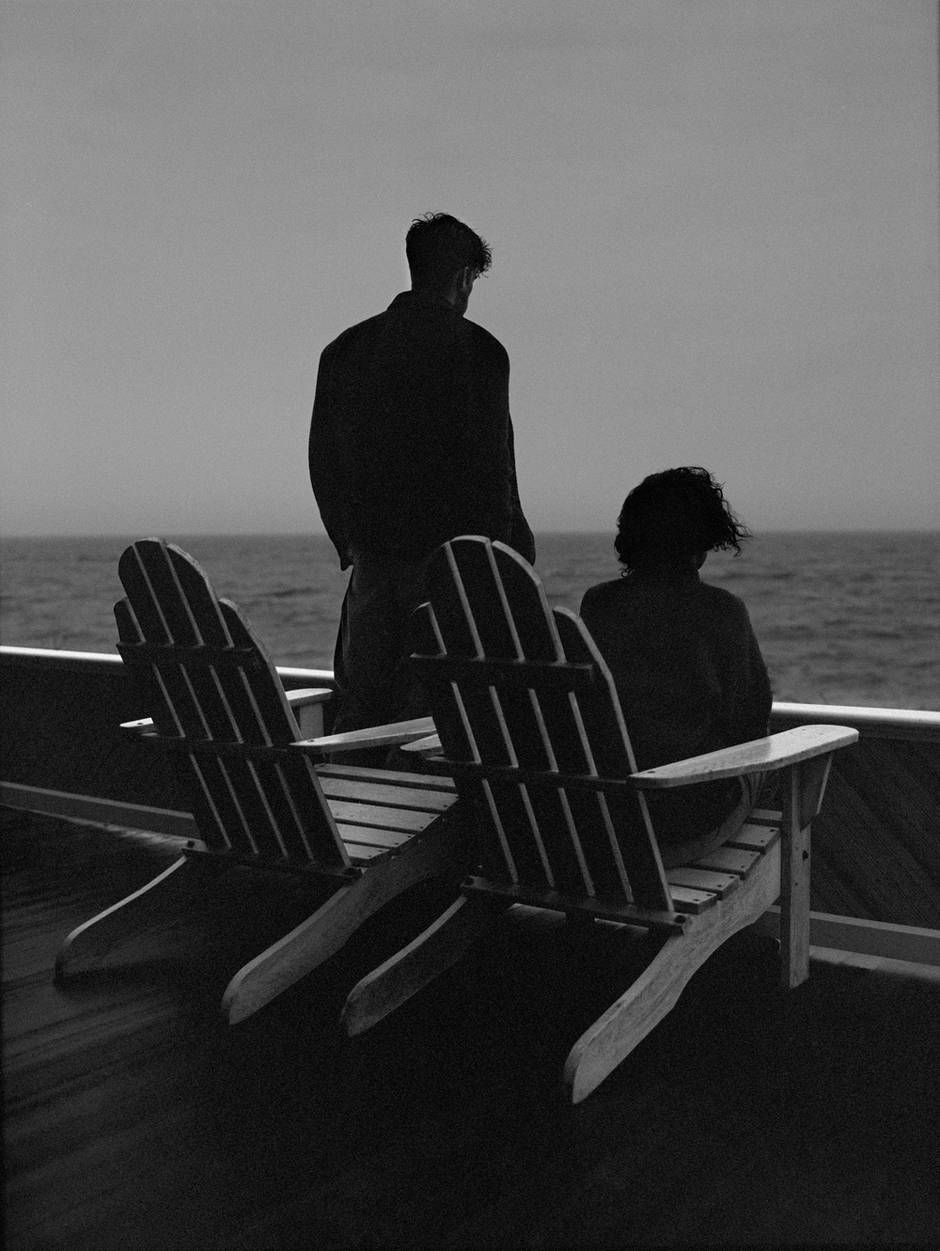 Do you think photographers necessarily get better with age?

Well, I think it’s different from, say, music, where you think of all the great songs that Paul McCartney is writing and he hasn’t written anything as good as that 1960s material. He hasn’t written one song that’s good as Yesterday. And they always say that mathematicians do their best work when they are in their 20s. Everything Einstein did after the age of 28 was just a variation of that period. But with photographers, you’re relying sometimes on techniques that you’ve learned, and then later on in life you’re using those techniques to make pictures. And that’s what transforms them sometimes, that’s what makes them richer. Because you have that experience. Jobs are easier, too. You don’t worry about jobs any more like you do when you were just starting out. 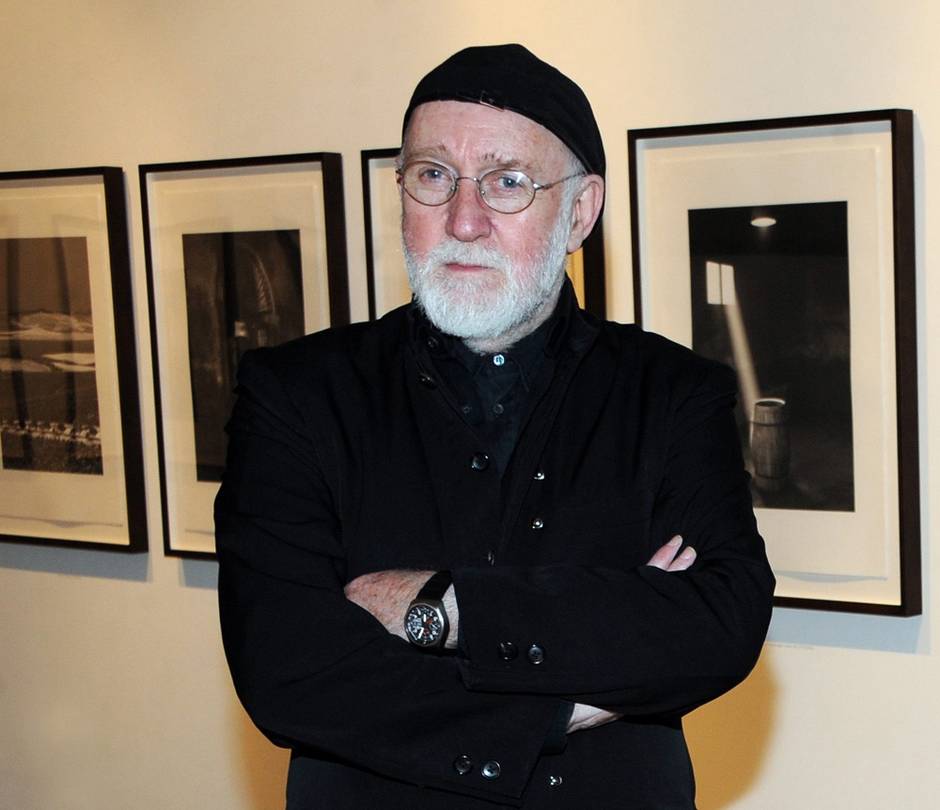 So I guess you haven’t done your best work yet.

Not by a long shot.