Ask anyone in the fashion industry and they'll tell you fashion is about what's next. Today, there's an opportunity to get excited about things to come: International representation and management brand IMG announced that it was bowing out of its organizational role in the twice-yearly Toronto Fashion Week (as it was most recently named, after big-brand sponsors such as World MasterCard and L'Oréal had already abandoned their roles), effectively cancelling the upcoming spring/summer 2017 shows unless a last-minute organizer, sponsors and location are found.

But now, with a void in the fashion calendar, many designers will have the ability to breathe and work toward long-standing careers based on what's right for them and what fits in with the ever-evolving landscape of the industry without the looming pressure to produce a runway show. And it's an opportunity for the many fashion organizations in Canada to come together and facilitate real change; there is now a chance to study models of success – Toronto-based Comrags has been in business for 33 years, for instance – and actually listen to the needs of designers.

We live in an era where social media and e-commerce reigns. Does a designer really need to produce a runway show when several have launched their collections on Instagram? Do they need to be stocked at Saks Fifth Avenue instead of keeping their production costs low with their own shoppable website? There are so many opinions about how to run a fashion business, and unfortunately, all the voices are drowning out the most important one – the designer's. Wouldn't it be grand if one organization could mobilize all fashion designers in the country, like there exists in the United States and Britain, and empower them with information and advice to follow what they feel would most benefit their brand?

Many have tried. The Fashion Design Council of Canada, which once ran Toronto's fashion week and was helmed by Robin Kay, has been dormant for years. There are now so many organizations and individuals fighting to promote – to help, to "fix" – Canadian fashion, it's a beast about to topple over from its own bloated weight. There is a lack of communication. The board that oversees the production of Toronto Men's Fashion Week (TOM), for example, is unrelated to those who organize the women's shows.

Last year, two petitions were circulated to encourage the provincial government to create funding programs for fashion designers and events. Despite calls to sign either petition appearing regularly in my Facebook feed, to date the one started by branding and fashion lawyer Ashlee Froese still sits 49 signatures shy of its 1,500 goal.

There is also the Toronto Fashion Incubator, the Toronto chapter of Fashion Group International – the list goes on. There are so many people who want to help designers and yet, what progress has ultimately been made? Not much, because rather than united we stand, Canada's fashion industry is currently everyone for themselves. With IMG out, there's a chance to once and for all emerge on a front that says: We're an organized, capable and dynamic bunch.

Brian Richards, co-founder of The Collections, notes that now is the time to listen to what their designers want, and work together with other organizations that ultimately share the same goal of supporting Canadian talent. Along with Mel Ashcroft and Dwayne Kennedy, the group has worked both independent of and with organizers like IMG during the official fashion week calendar to showcase the wares of emerging local designers, while also waiving the exorbitant costs of producing a runway show.

Richards says that when The Collections started their two-day runway event in 2010, it was necessary because so many new designers couldn't afford the costs of putting on an official show. But as time wore on, competing groups emerged and The Collections felt it best to unite with TFW for the benefit of their roster.

Now, Richards says, is the time for action and unity if for no other reason than how small Canada is as a market. "You have this small pool, and all these people are jumping in and eventually it's just going to be a bunch of people and no water."

It's not clear whether there will be a fashion week in Toronto this fall. As it ran notoriously late in the international fashion week calendar, TFW did little to definitively bolster seasonal buys from retailers. Perhaps the time could be used for a summit: It could be hosted by a handful of the heads of existing local fashion organizations and open to all designers, to gather and discuss the potentially very bright future of fashion in this country. 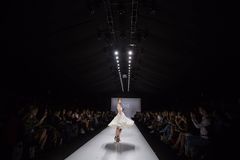 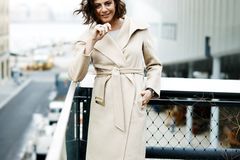 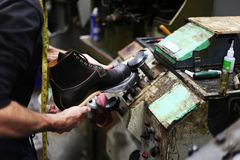