Ever since I first saw the 1948 film Easter Parade with Judy Garland and Fred Astaire, I've been charmed by the notion of an Easter bonnet. While it's unlikely I'll besporting a frilly chapeau on city sidewalks any time soon, I could be inspired to rock some fabulous headwear at the Queen's Plate at Woodbine racetrack in July. Organizers are hoping to entice fashionistas into wearing sensational hats to the event to bring a little of that legendary Royal Ascot flair to Canadian soil. For the first time in the 154-year history of the Queen's Plate, an official milliner for the occasion has been named: Toronto's David Dunkley.

Raised in British Columbia, Dunkley moved to Toronto in his late teens and worked as a medical lab technician and an administrator at Queen's Park before studying millinery at George Brown College. After training with the Queen Mother's royal milliner, he opened up his own bespoke studio and shop, and now, more than 10 years into the business, has a clientele that includes socialites, brides, members of Queen Elizabeth's entourage and a host of other women who believe that hats provide the ultimate sartorial statement. I popped by Dunkley's Bathurst Street shop to talk about the resurgence of hats and the challenge of making them modern.

Other than being creative, what kind of person do you have to be to make it in the hat business?

That's a good question. You have to be strong in this day and age of everything being mass-produced to create crowns that are unique and one-of-a-kind art pieces. It takes a special eye to do something like that, and to also create something that is marketable, fashionable and that people want to wear.

Do you think you have to be a bit of a psychologist, too? A hat is something that's so close to a person, that says so much about one's image and one's attitude.

That's true. A hat is always about a statement. How the hat is worn really depends on the situation and it also depends on the personality wearing it.

What can hats say about someone?

Well, the hat can sometimes say, "The hat and I have entered the room!" The hat can say, "I'm sad." My hat can say, " I'm eccentric." And my hat can say, "I don't care what you think. It's making me happy." Hats are crowns and they are a very visual expression of one's personality.

You studied with the queen's milliner, Rose Cory. What did you learn from her?

I learned how hat making is an art, and by making couture hats, I learned to appreciate the execution of an art piece versus just making a hat. They're two very different worlds. Rose Cory made hats for Her Majesty Queen Elizabeth, the Queen Mother, for most of her reign. She also made her hat for her 100th birthday. A little secret is that she also used to top up her hats. The Queen Mother was quite thrifty with her hats and would return them to Rose, and Rose would remodel them or refresh them.

What do you say to someone who would like to try wearing a hat but doesn't yet have the confidence?

A great hat is like a great garment: If the proportions are right and it's right for you and it's well fitted, you'll feel comfortable in it. Because we haven't had the culture of buying a custom hat for so long, people think you just walk into a shop and buy hats that are mass-produced. But the hat might not fit you properly because the brim might not be right, or the crown might be inappropriate – it might be too shallow or too deep. Those subtleties will change how a hat looks on you. People often think they look silly in a hat because it sits too high. But it sits too high because it doesn't fit right.

Wearable tech is going mainstream – but does it have a place in fashion?
March 19, 2015 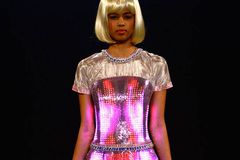 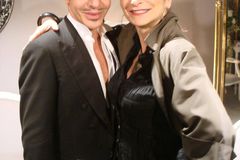 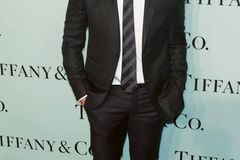