Surveying the tumbling stacks of clothes I was packing for a vacation, I realized how much it all looked like actual garbage – pilled and unloved, the detritus of quick decisions at the mall or panicked pre-party online shopping. I had a lot of clothes, but very little that I really loved, or really loved to wear. I considered, as one does, going shopping, but realized that what I needed more than new stuff was way less stuff, and way better stuff.

Less, but better: a principle contradictory to the way many people shop. The Internet has made us savvier consumers, but the economy encourages "fast fashion" and disposable deals. We're aware of the costs of the worst kinds of manufacturing, but we still love cute, cheap, easy buys. In her 2012 book Overdressed: The Shockingly High Cost of Cheap Fashion, author Elizabeth L. Cline reported that in 2011 the average American bought 64 pieces of new clothing, more than one new thing a week.

In 2012, the average shopper bought 62 garments (and seven pairs of shoes) at a cost of $1,100, according to the American Apparel and Footwear Association. Roslyn Griffith Hall, a Toronto stylist, says "If you go in someone's wardrobe right now, they're going to have three million two-dollar T-shirts."

I've definitely bought things for convenience or perceived savings, which breaks the rule, according to the artist and designer William Morris, to have nothing in your home that "you do not know to be useful, or believe to be beautiful." I decided it was time to "upgrade" any necessary purchases of clothes and accessories, and just stop buying everything else. My upgrades would be investments. As Tiyana Grulovic, the fashion director of FLARE magazine, says, "An upgrade should be something that's everlasting." I wanted to emulate my dad, who has worn some of his sweaters for about as long as I've been around.

I made a list, researched and hunted for deals when possible (a lot of high-quality, have-it-forever stuff never goes on sale, but such is life). Thinking consciously about what I was buying – and how, and when – was probably easier for me than it might be for someone else, because my personal style is basically the same as what is considered "classic": As boring as it is, I don't like wearing bright colour or prints, and prefer simple cuts in neutral shades.

I thought it might be harder to give up that buzzy feeling of buying a cheap, right-now thing in favour of slow-and-steady choices that reflect my own style and make the best use of my budget. I allowed myself to get one new-to-me thing at the grocery store, like weird kale chips. (Healthy, cheap and intended to only last a week.) It actually wasn't a difficult transition; having just a few, perfect, well-made pieces is a luxury – and a real luxury, not the logoed kind.

Quality and fit are the major qualities to look for when buying an investment piece, says Grulovic. "You should also ask yourself whether you see this item as something that will expire in a few seasons. … Personally, I try to buy as much locally [and] ethically made goods when I'm investing [in pieces] because it usually means better quality and craftsmanship." Griffith Hall is "always flipping to the inside of the garment to see how it's actually made."

Phillip Bloch, a stylist and the author of The Shopping Diet: Spend Less and Get More, says that the retail market now offers many affordable good-quality basics, but there are some items he splurges on. "For me, personally, it's sweaters," he says. "I like a good cashmere sweater." A basic cashmere sweater at about $50, Bloch says, won't be like Prada's version which can be as high as $700. "The inexpensive sweater is made of a yarn that's not as strong and therefore more prone to stretching out and pilling," says Grulovic. "I'm not saying that you should splurge on a designer sweater, but that quality of fabric will last you a long time and won't wear out as quickly."

Acne jeans, which retail in the $200 to $300 range, are one item that Grulovic spends on. "It took me a long time to find a brand that has a consistent fit and quality," she says. "They don't wear out in the crotch, the fit from season to season is the same and the elastic in the fabric doesn't fade as much as other, cheaper brands. In the end, I don't have to buy a new pair every year."

The pros tend to agree that everyday items and accessories are the best place to focus your money and attention. "I buy designer belts, because you know that when it breaks and the leather wears out, [the store] will fix it," says Bloch.

I had been considering getting a serious bag, but decided against it. I don't want to pay for something I leave on sticky movie-theatre floors, and I prefer carrying essentials in my hand or coat pocket. Instead, I looked for a wallet for a long time and when I found the exact-right one, I bought it: it's square and simple, with a versatile primary colour palette.

Upgrades done right can be cheaper, in the long run, even though you often spend more upfront. Buying day-to-day boots, booties and heels, and the long-sleeved shirts, cozy sweaters and pencil skirts that I like, felt like it cost a lot, but I almost never need to buy new clothes. Last summer, I wore the same flowy, black, super-discounted Maison Martin Margiela skirt all season, and will wear it again this spring.

The effects of my wardrobe upgrade go beyond my outfits (and how easy packing has become). Now that the clothes in my closet hang about an inch apart, it looks like a rack in a quiet, near-empty boutique, which I love. And, since I don't throw my nicer items on the floor any more (or, not usually), I take better care of all of my things. Upgrading has had an unexpected residual effect, of creating a foundation – even if it's made of long-sleeved linen T-shirts – for my adult life; the idea of "forever" when it comes to clothes is grounding when so many of my things – my laptop, my phone, my leftover IKEA stuff – are temporary.

I'm not done upgrading, but I have achieved the minor sense of peace that having just the right thing, and not having to think about it again gives you. Sometimes, it turns out, you can buy a small amount of carefully researched, carefully chosen happiness.

What to look for in an investment piece

Stylist Roslyn Griffith Hall says to look for a belt with a finished underside and hardware that feels significant and not flimsy. A high-quality belt buckle might have rollers "so the tongue of the belt will slip in quite nicely, [and so] it doesn't ruin the leather of the belt. Some [cheaper] belts crease and stay there because the buckle is a fixed piece of metal," she says.

"If you're investing in boots, brogues, [or] heels, you want something that is well-made: stitching over glue; a high-quality leather; crafted somewhere like Italy, where shoes are their business and they uphold the highest standards," says Tiyana Grulovic, fashion director of FLARE.

"A well-made lining is everything," says Grulovic. "It will protect the item from wear, but also ensure the right fit." Griffith Hall checks that a coat has deep pockets, and recommends looking at the shoulders for fit and structure.

Stylist Philip Bloch believes that you can find a nice bag for a lower price point. Be sure to look at the seams and at the overall construction, he says. "Do the zippers move easily, does everything feel sturdy, does everything function well?" 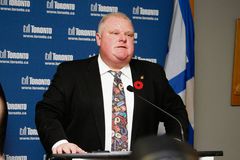 I want to avoid wearing leather. What are my fashion-forward options?
May 11, 2018 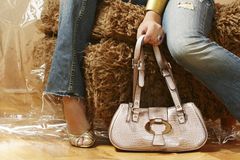 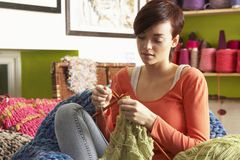