In the basement archives of Toronto’s Bata Shoe Museum, senior curator Elizabeth Semmelhack pulls on a pair of pristine white gloves and gingerly picks up an emerald-green slipper from the 1860s with floral embroidery on the toe. “These tested positive for arsenic,” Semmelhack says, holding the dramatically narrow shoe. “As did these, as did these, as did these,” she says with a laugh, pointing to other pairs of green shoes laid out on a table. She is preparing for an upcoming exhibition called Fashion Victims: The Pleasures and Perils of Dress in the 19th Century, which examines the hazards found in the materials, production and wearing of garments. In preparation for the show, shoes from the museum’s own archives were tested for toxins.

Semmelhack’s gloves protect the artifacts but not necessarily her. For decades, manufacturers and wearers were exposed to fabrics coloured with toxic substances, socks dyed using anilines that could poison the skin and ornate hair combs made of cellulose nitrate, a highly flammable plastic that would have easily caught fire in the wearer’s hair (in addition to causing factory fires and burning down an entire department store in London). 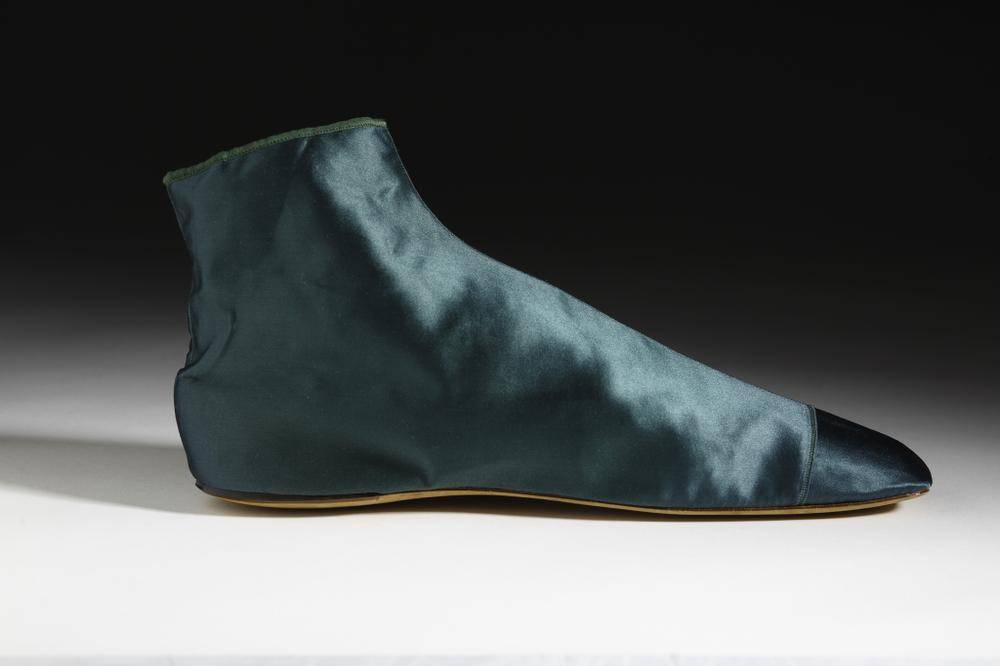 “The trauma that they did to the body … is still embedded in the object, it still persists in the thing, especially if it’s a toxin,” says Alison Matthews David, co-curator of Fashion Victims and associate professor at the Ryerson University School of Fashion.

For Matthews David, this exhibition represents a decade’s worth of research and a rare occasion as an academic to showcase her research in a visual format. Spoiled by the opportunity to access the museum’s archives, which includes some 13,000 artifacts spanning 4,500 years of history, she is also writing a book on the subject.

“Often with fashion exhibitions, the story that’s told is of the wearers or the excitement of fashion but very rarely do exhibitions look at other sides,” says Semmelhack. During the Industrial Revolution, for instance, the working class gained access to fashionable items but labour standards deteriorated in order to keep up with production rates. 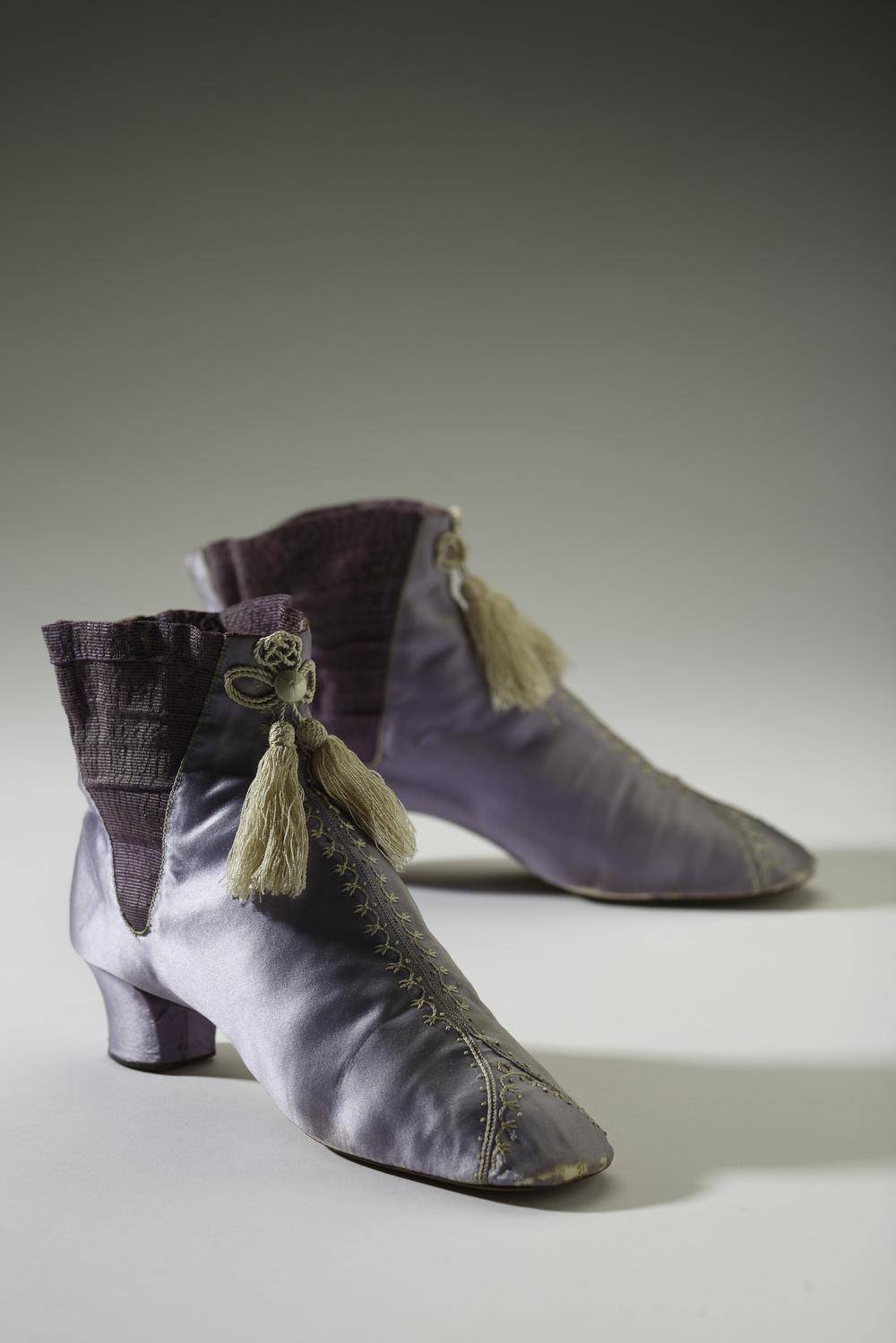 These lavender boots date back to the 1860s. Bata Shoe Museum/Ron Wood

“A lot of the problems come from this democratization,” says Matthews David, giving the example of felted fur hats, which were once “a luxury item made with beaver fur imported from Canada.” As demand rose, beaver was replaced with poor-quality fur that required the use of mercury in the finishing process, resulting in the poisoning of workers (commonly known as mad hatter disease) for two centuries.

The star of the exhibition is an arsenic-green high-waisted ball gown from the 1860s with a wide, lace-trimmed neckline, on loan from a private collector in Australia. The arsenical dye used in the fabric would have given its wearer a rash. 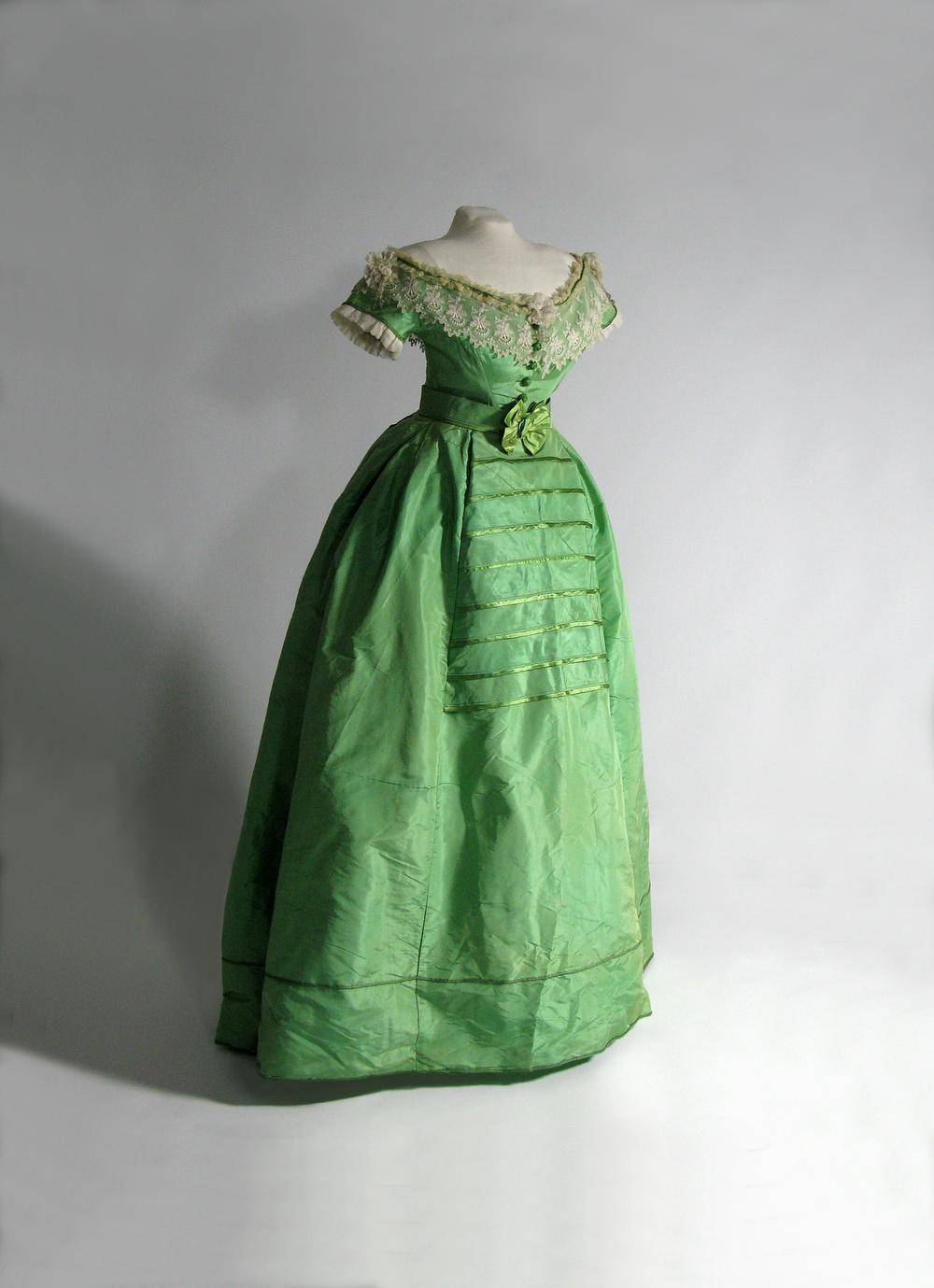 The dress is displayed in front of a mock-up of an upper-class home to show the context it would have been worn in. In the other half of the case is a replica of a maker’s space including a corset with a 16-inch waist laid out near a sewing machine.

On the walls are posters depicting slaves picking cotton and a young girl sewing a jacket – grim reminders of the labour behind the luxury. A parallel is clearly drawn between the perilous manufacturing of these items and the dangers of wearing them. Semmelhack points to a minuscule shoe and says, “Somebody actually crammed their foot into that.” Constricting was popular in the Victorian era and women would curl their toes under their feet to squeeze into impossibly small shoes. There’s a pair of boots and gloves on display from the 1850s that belonged to fashion icon Empress Elisabeth of Austria. 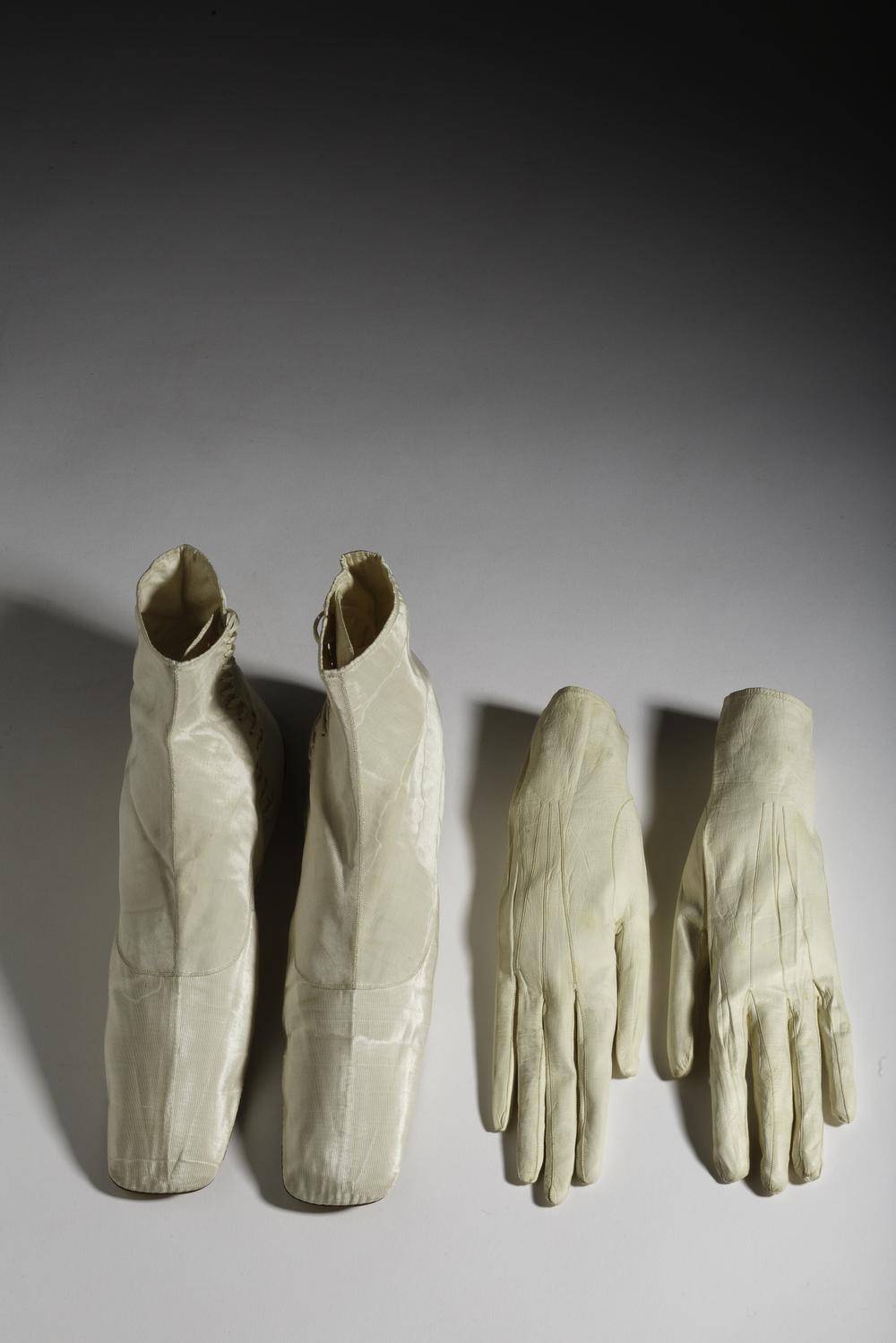 Another hazardous trend of the Victorian era saw women squeezing their bodies into restrictive garments and shoes. Empress Elisabeth of Austria, whose extremely slim boots and gloves are shown at top, was a style icon obsessed with weight and diet. Bata Shoe Museum/Ron Wood

“She was a tight lacer and was extremely concerned about her weight and diet,” says Semmelhack.

“She created this standard of beauty that is in part still embodied in her shoes. You can see just how thin and narrow they are.”

How long some of these items stayed in vogue, despite their side effects being documented in medical journals and the popular press, might be perplexing, but today we continue to participate in trends that are bad for our health. Tanning beds, for example, persist despite reports that melanoma is one of the fastest– growing forms of cancer in Canada. “They had corseting and very tight shoes; we have high heels, very tight jeans and Spanx,” says Semmelhack.

“While we don’t constrict and corset ourselves in the same way, we still alter the body [and] are willing to engage in discomfort. The impulses remain the same.”

Fashion Victims: The Pleasures and Perils of Dress in the 19th Century opens on June 18 at the Bata Shoe Museum in Toronto.

An image depicting an 1860s arsenic ball gown was incorrectly credited to Ron Wood. In fact, the image was taken by Arnold Matthews.