For the three athletic-wear aficionados behind the Facebook group Health Goth, stepping inside Adidas’s North American headquarters in Portland, Ore. recently was like entering a high-tech fantasyland. Inside, the research lab was full of prototypes of the kind of cutting-edge sportswear they covet.

“There was a whole room dedicated to 3-D printers,” says Mike Grabarek, one of the group’s founders. Grabarek along with Chris Cantino and Jeremy Scott (not to be confused with the fashion designer of the same name) had been summoned to Adidas to explain what many people around the world wanted to know: What exactly is Health Goth?

A year ago, the trio – all Portland-based artists – launched their Facebook group, posting images and videos of sleek athletic gear, sneaker fetishism and three-dimensional renderings of suburban office parks. They soon gained a devoted following and in the process created an aesthetic movement. At its most basic, health goth is a high-tech sportswear look with a dark side – think less Hot Topic and more like a monochrome dress-code for a sporty dystopian future. Having almost nothing to do with health or goth culture, it’s a look that has struck a nerve online, prompting people to post their looks on social media by the thousands with the hashtag #healthgoth.

While the name is tongue-in-cheek, the bigger cultural shift behind it is not. As retro-cool and indie-twee have reached peak saturation, health goth’s appeal is part of a broader backlash against beards, earth tones, knitting and Etsy – a fetishization of mass production and synthetic materials. It’s anti-artisanal fashion. 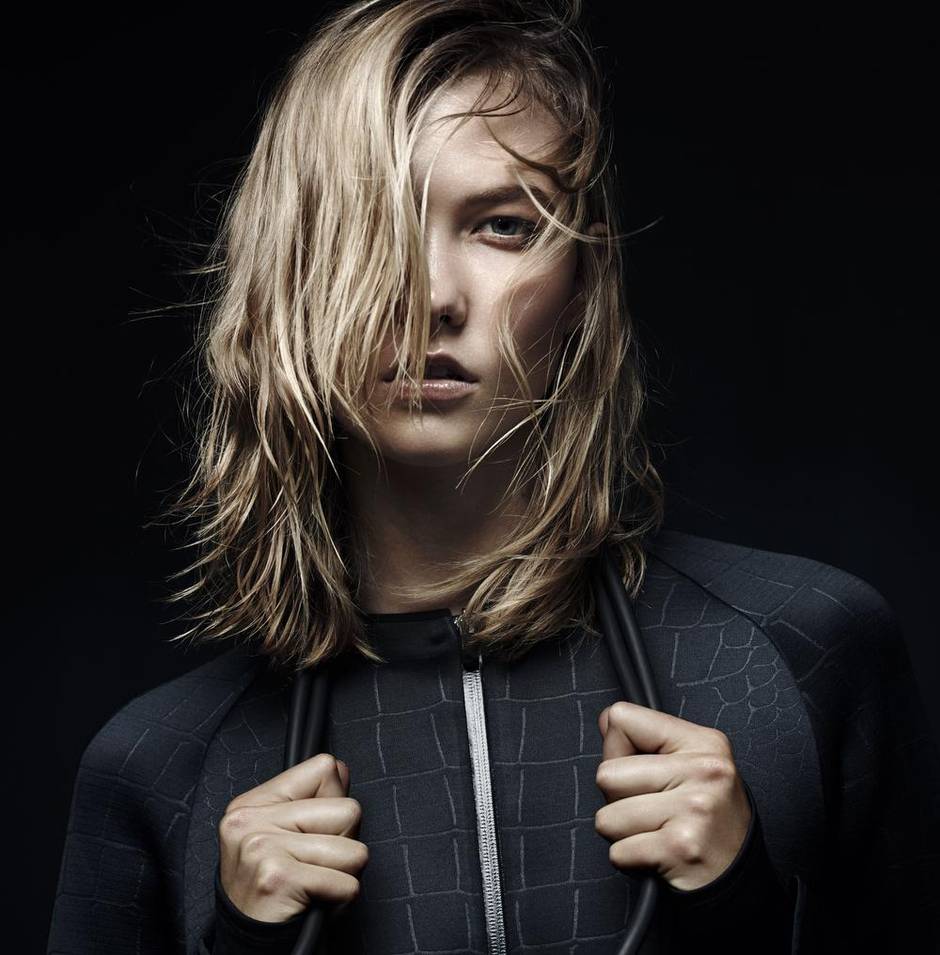 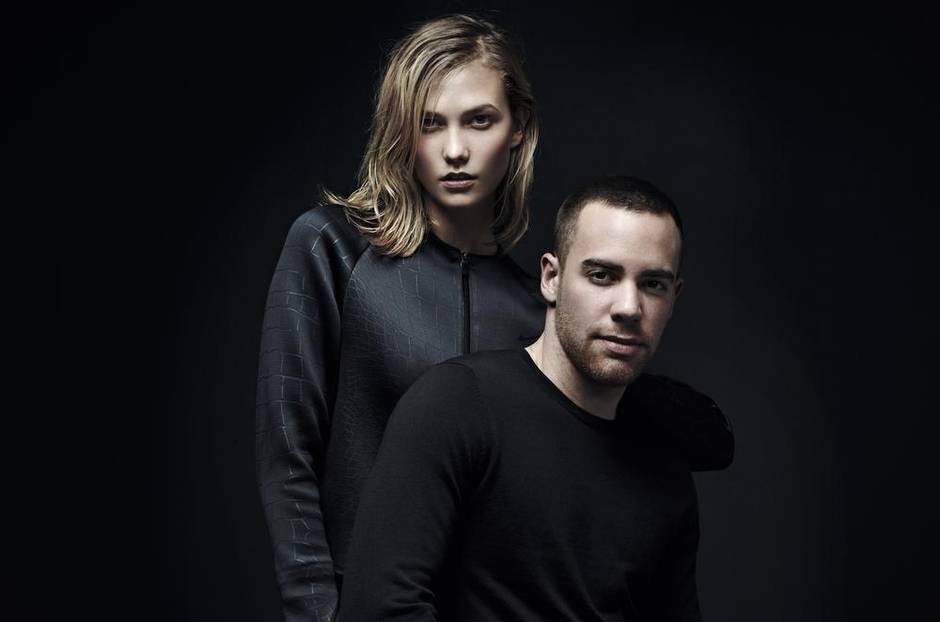 With all its online hype, health goth’s potential big break has more to do with its in-real-life origins in Oregon, the epicentre of the North American sportswear industry (Nike, Columbia, Adidas all have headquarters there). For Berto Herrera, a designer at Adidas tasked with shaping the brand’s global creative direction, meeting Grabarek and Scott through the local music scene (Gabarak and Scott are otherwise known as the electronic duo Magic Fades) was what made an impression.

“It was enlightening to see kids around here have such a grasp of whats happening globally and then were able to distill that into their own aesthetic,” says Herrera. A trusted eye within Adidas, he convinced his colleagues that the health-goth movement was something to take seriously and they designed the first meeting as a back and forth influence session. “There were players there,” Herrera says with a laugh, “heads of departments, directors and what have you.” While they may have been confused at first “Once they saw the visuals,” says Herrera, “it really made sense.”

“We didn’t hold back,” says Grabarek, who found himself describing to confused executives the clothing-destruction trend known as “wet max,” where people film themselves stepping into baths, ponds and pools while wearing the latest must-have sneaker.

What health goth is not about, oddly enough, is working out. “We want to look at new things,” says Grabarek. “You see this bearded indie person so many times you want to rebel against it. We want new materials. New fits to clothing. We want to go to the club and feel comfortable in athletic gear.” And they’re not alone, their Facebook group now has more than 18,000 members and has inspired many spinoff blogs and websites.

Chris Casuga runs Contraband, a men’s-wear boutique with locations in Vancouver and Toronto, stocking a mix of runway and luxury streetwear. He sees health goth as part of a shift in men’s fashion away from the waves of retro-inspired looks that have dominated men’s fashion for years.

“These heritage brands still exist and people will buy them,” says Casuga, “but the more sought after brands are futuristic and forward looking, integrating materials like leather, neoprene and silk.”

He lists designs like Juun J.’s neoprene print sweaters or Pigalle’s basketball jerseys and leather basketball shorts as examples. The mix of luxury with streetwear says Casuga “has been commonplace in Asia and Europe in the last five years, and Canada and the U.S.A. have been picking up on that trend.” Casuga cites artists Kanye West and Pharrell as bringing futuristic men’s fashion into the mainstream but says it “went big” with rapper ASAP Rocky, “who really brought that androgynous street ninja look.” 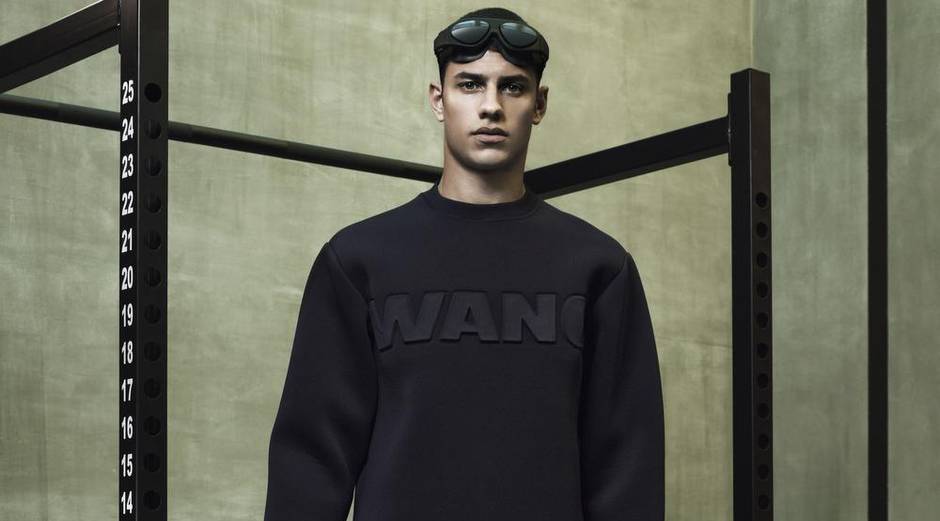 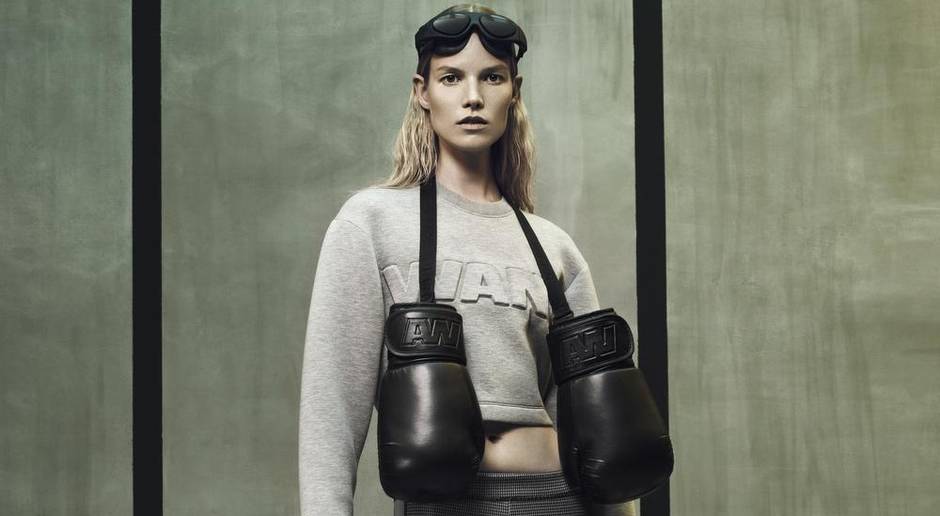 In fact, health goth owes the most to “street goth,” the monochrome look that has long been a staple of the New York music scene. Pioneered by artists like DJ Venus X, with her legendary GHE20 G0TH1K dance parties, the look has inspired many in hip-hop and R&B, including Azealia Banks and Rihanna, who’s sported Hood by Air’s hoodies and Alexander Wang’s gym-ready leggings and crop top for H&M. Other street-goth inspirations are the designers Rick Owens and Yohji Yamamoto, who is arguably the original health goth with his decade-old Y-3 Adidas collaboration. In Britain, rising star Nasir Mazhar makes ensembles best described as Joe Boxer meets BDSM. 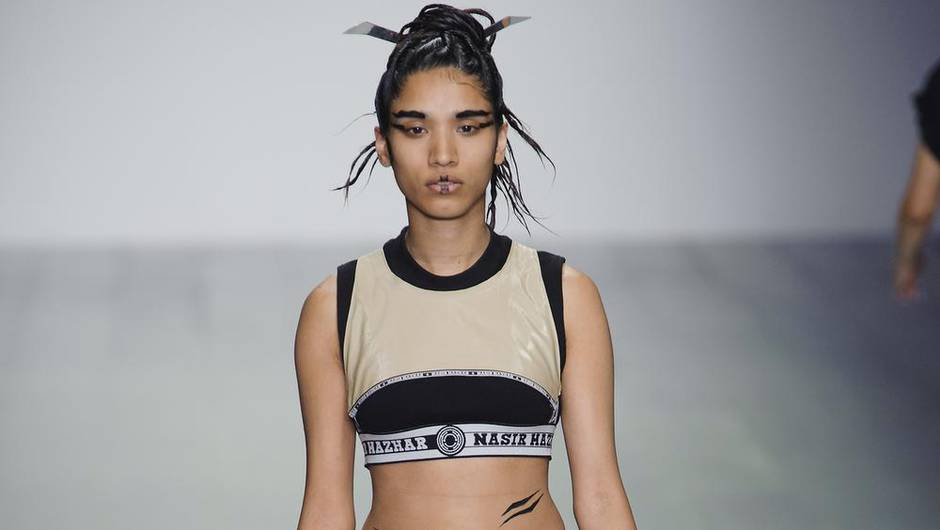 But with a reverence for avant-garde design comes a steep price tag. Grabarek and Cantino acknowledge that much of the futuristic fashion they post online is out of people’s reach. “Some of these shoes we post are outside 99 per cent of the population’s price range,” says Cantino. “Y-3’s, which are on the low end, are 450 bucks.” But Grabarek points out that brands like Nike, Adidas and Underarmour are sold for cheap at sports resale shops, meaning that just about anyone can transform from lumber jack to health goth for cheap.

While neither Adidas nor the Health Goth crew will talk about the specifics of a potential collaboration, Grabarek, Cantino and Scott are wary of the people cashing in on the health-goth trend online through tacky T-shirt sales. If and when they were to create something, “it would not be some tasteless crap,” says Grabarek. “We would work with designers and put everything into it. We would not mess around.”