It's all about the arm party: Like street style's favourite poses, the tech wearables category is still focused on the wrist. Although the recent Consumer Electronics Show in Las Vegas boasted 3-D-printed bionic hands and disposable Bluetooth-enabled medical thermometers, most of the wearables buzz was (still) about smartwatches.

Activity trackers with gizmo capabilities include the Microsoft Band (think Livestrong meets Dick Tracy), Android Wear or the Sony SmartWatch (unexcitingly dressed up in a stainless steel upgrade). The Apple Watch, conspicuous in its absence, looms. Quibbles about software accuracy aside, the casing designs still reside in an aesthetic universe somewhere between the Revenges' Nerds and Sith.

A waterproof activity tracker called Shine from Misfit was a disc resembling a flat pebble smoothed by the sea, if said pebble contained a halo of LED lights. Worn on wristbands or in cartoonish pendants, the Shine bills itself as "made from aircraft-grade aluminum that complements any fashion statement." And fashion laughed. The company announced an imminent collaboration last week: the Swarovski Shine, a solar-powered faceted crystal edition made with the Austrian firm that will nestle in crystal-studded wrap bracelets and pendant bezels.

The Misfit tracker can also be used to control its Bolt, a new smart bulb that purports to know the right time to wake a person up gently, with a simulated sunrise. That seems almost as clunky as what passed for wearable tech in the 19th century, at least according to the Victorian-era prototypes British design specialist Julie Halls chronicles in Inventions That Didn't Change the World. To wit: the "Early Calling Machine," an alarm clock patent with weights attached at one end to a nightgown, to gently pull the sleeper awake at the appointed hour. Meanwhile, Glagla's Digitsole was a smartphone-controlled warming shoe insert; trust that Louboutin isn't quaking in his red-soled boots.

For industries that share a fiduciary interest in induced obsolescence, fashion and tech have been at cross-purposes – meaning the style-conscious make do with the Jawbone device and its Gumby limbs ribboned on their wrist for the sake of counting steps and sheep toward better health. High tech is not only far from high fashion, it isn't even really hitting the middle. Maybe that's because it's aiming too low.

Last season, developer CSR partnered with boutique jewellery firm Cellini on a Bluetooth pendant that was plain and inoffensive enough, as designs go. But shouldn't the design be more than ho-hum compromise? The Cellini's smooth silver finish and organic shape resemble Elsa Peretti's beloved Bean necklace for Tiffany & Co, which suggests that developers might do better to head to the source. Classic jewellery items from brands that are already coveted: the smart version. Tiffany is already an innovator of jewellery mechanisms and materials engineering (for example, the proprietary rubberized-seeming metal of its recent Tiffany T bracelets), and appealing to an existing international audience would lend both prestige and a wider customer base. (Peretti's designs account for about 10 per cent of Tiffany's bottom line.)

At CES last year, Intel unveiled a prototype of its smart-bracelet collaboration with niche fashion brand Opening Ceremony, called MICA (My Intelligent Communication Accessory). It's a snakeskin cuff with studs and semi-precious stones like obsidian, lapis and tiger's eye that's SMS alert-enabled and is just arriving in stores. The bracelet boasts a sapphire glass touchscreen (imagine a Nano mounted on a Hermès cuff), and costs about $500. It's nice, but it's clunky and comes in only one wrist size. The partnership extends to Barneys, and while both brands are darlings of fashion insiders and therefore offer the device category some style credibility, that still seems like a limited scope.

Why not simply tinker with an actual Hermès collier de chien cuff? Another thought: enabling data collection in even one bead from the collection of the internationally bestselling modular jewellery brand Pandora. That's the direction approached by Withings' elegant and aesthetically familiar Activité, an elegant, a Swiss-made analog watch that's been souped up with monitoring capabilities, though you'd never know it.

The fashion world is nothing if not collaboration-crazy, and recent signs are that tech may have finally cracked the code. Tory Burch recently collaborated with FitBit on jewellery in which the device gets inserted into the geometric grille of a bracelet or pendant made in Burch's distinctive art deco-style fretwork. But as the fashion marathon leading to the Oscars began in earnest this week, the latest in drones hovered above the proceedings, recording footage, but that was still the extent of the latest technology spotted on the red carpet. It's not a wearable until somebody actually wants to wear it.

Jewellery programs offer an education that sparkles
May 12, 2018 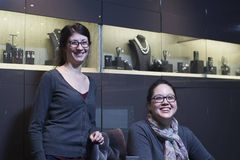 At the Consumer Electronics Show this year, everything is connected
May 12, 2018 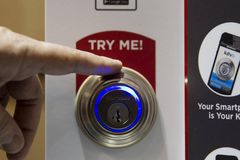 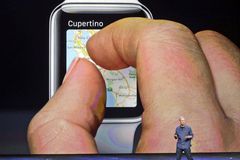 Activity trackers' names, shapes and sizes run the gamut: Here's how to find the right fit
May 12, 2018 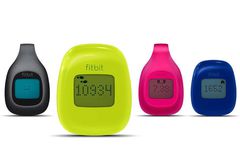 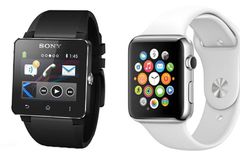