When Frida Kahlo died in 1954, Diego Rivera locked up his wife's clothes in her bathroom. The next year, he donated their Mexico City house and its contents, including her collections of obstetrical textbooks, dolls, paintings and folk art, to the Mexican people for a museum. But Kahlo's clothes – more than 300 of the shawls, square-shaped blouses and long, flouncy skirts with which she concocted her famous look – remained under lock and key. They were, apparently, too intimate, too redolent, too Frida to display.

For Rivera, the clothes may also have been too Frida-and-Diego, a potent reminder of the two painters' fractious, symbiotic relationship and shared values. Visitors to the Art Gallery of Ontario's current exhibition about the pair, Frida & Diego: Passion, Politics and Painting, which runs until Jan. 20, can parse that relationship through the more than 80 works and 60 photographs on display. They also afford a ring-side seat on Kahlo's meticulous, intense personal style.

Although Kahlo forged her own distinctive look, it was inspired significantly by the couple's commitment to the indigenous people and folk traditions of Mexico. But while Rivera enjoyed pointing out Kahlo's un-bourgeois, "primitive" personality, she had a relatively small claim to being indigenous. Her father, Guillermo Kahlo, was a German-born Hungarian Jewish photographer. Her mother, Matilde Calderon, who wore flapper dresses and other European styles, was half Spanish, half indigenous. As a teenager, Kahlo slicked her hair back and wore a man's suit for a family portrait – an early example of her willingness to dress a part – but mostly she wore conventional 1920s styles.

That changed when she met Rivera, whose artistic set championed mexicanidad, the glorification of all things indigenous. Kahlo, a novice painter and 20 years younger than her famous partner, adopted the same stance, but in her own way. She began collecting long skirts, the rectangular blouses (called huipiles) woven on a backstrap loom, the fringed stoles (or rebozos) that could transport a baby and wrap a woman in mysterious glamour. Kahlo's jewellery combined both sides of her heritage, typically with colonial silver earrings and chunky pre-Columbian necklaces of jade or onyx. She made her hair into a sculptural element, braiding it with thick wool, crowning it with ribbons or flowers. Never a purist, she mixed styles and clothes from different regions with a canny eye. Other women wore folk dress occasionally, just as well-dressed Mexican women today sometimes wear a rebozo or an embroidered blouse, but Kahlo rarely wore anything else.

Her favourite costume, from Tehuantepec, a legendarily matriarchal society in Oaxaca, was a fetching combination of a silk or velvet skirt that finished in a white pleated border, an embroidered huipil and, for fiestas, a pleated and starched ruffle framing the face. As the effects of a traffic accident that Kahlo suffered as a teenager worsened over the years, the long skirts and loose tops of this tehuana dress hid her casts, corsets, braces and thinner right leg, but that was a bonus: She had adopted it originally for political and aesthetic reasons.

In Kahlo's 1943 Self-Portrait as aTehuana, the artist wears the festive ruff around her face, while a miniature of Rivera is positioned on her forehead. In Self-Portrait with CroppedHair, painted in 1940 while she was divorced from Rivera (they remarried later the same year), the absence of folk costume makes a powerful statement about its place in their relationship. Hurt and angry, she scorns the long hair and dress that Rivera loved and paints herself in a man's suit. It's in the photographs in the AGO show that the clothes really shine, beginning with the opening image, a full-length portrait from 1930-31. Dressed in a simple long dress and a triple-strand choker, Kahlo leans against Rivera's bulk, looking young and happy. The daughter and granddaughter of photographers, she knew exactly what to do in front of a camera and was lucky in her photographers, who included Lola Alvarez Bravo, Nickolas Muray and Imogen Cunningham. For Cunningham, Kahlo posed at 23 in an ikat-dyed rebozo crossed over her chest. Eleven years later, Muray photographed her in her studio, looking far more world-weary in an embroidered blouse and corduroy pants, her fingers heavy with rings.

Carlos Monsivais, the Mexican writer and critic, found an irony in Kahlo's style that undercuts the folkloric innocence. It's there in her stubbornly anachronistic touches – the red fingernails, the modern watch and the constant cigarette – as well as the defiantly unplucked eyebrows and mustache. It's there in the theatricality of the presentation: Kahlo painted in full costume, underlining the fact that the object on the easel and the person painting it were both works of art. And, as biographer Hayden Herrara notes in her book Frida, the irony grew darker: As Kahlo became bedridden, her insistence on dressing as if for a fiesta intensified; it was the last control she wielded, until her death at 47.

Nearly half a century later, 2012 has turned out to be a good year for Kahlo. Aside from the AGO show, her clothes have been liberated from the bathroom and are now on display at the Frida Kahlo Museum. And two designers, the New York-based Misha Nonoo and the Spaniard Maya Hansen, showed spring collections inspired by Kahlo. Unfortunately, braided hair, unibrows, corsets and skeletons do not add up to Frida Kahlo. Often imitated, she remains inimitable.

Toronto-based author and journalist Katherine Ashenburg spent the first six months of 2012 in Mexico City, where she became mildly obsessed with Frida Kahlo and Diego Rivera. 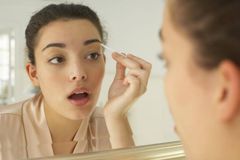 Clothing controversies: Is exploitation good for business?
May 4, 2012 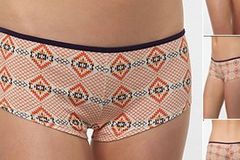 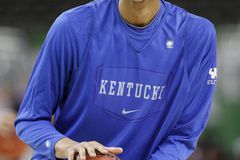