“You know how the news is always saying fashion blogs are dying? Well, my blog is dying!” I said to Brianne Garcia in a Brooklyn coffee shop on a recent sunny Sunday. I had discovered Garcia, who lives in New York, a few years ago, when she had blogged about the startup and subsequent failure of her fashion-tech venture. Like her, I have a thing for endings: My own blog is called Final Fashion. Every season, I go to New York to sketch at Fashion Week and to catch up with friends like Garcia. I knew she would understand why I was winding it down.

From 2006 to 2011, I posted multiple times a week, sharing my drawings and ideas. Gradually, the rhythm slowed to longer-form posts once a week. This year, it was more like one post a month. “Tommy Ton ended his blog, Jak & Jil, last week,” I told Garcia. Ton had used his blog as a launch pad for his successful career as a street-style photographer. He had announced his retirement from blogging, appropriately, on Instagram.

The emergence of social-media networks means that once-lively blog comment sections are now empty, except for tumbleweeds and spam. And the gold rush of brand partnerships that brought so many aspirants to fashion blogging has petered out. This erosion of blogging’s influence has prompted many anti-fashion-blog articles, usually by elder fashion critics displaying more than a bit of schadenfreude, over the last few years. If a true trend clairvoyant such Ton was done with blogging, however, it really meant something. 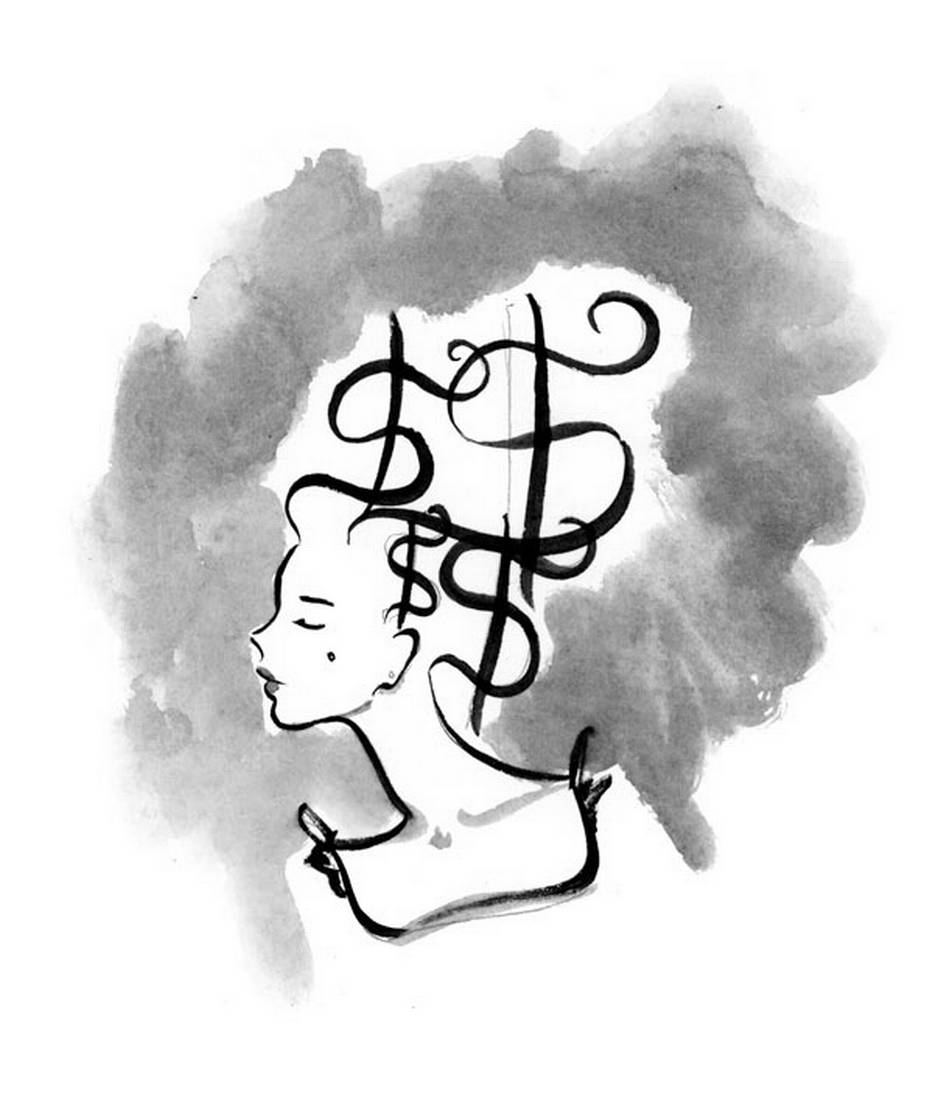 “I remember when my blog died,” said Garcia, who took my sketchbook and drew its life cycle, with a dreaming girl at the centre, a thought bubble growing out of her head like Marie Antoinette’s wig, full of dollar signs. In the bottom right-hand corner, a tombstone marked “2009-2012.”

“Wouldn’t it be funny if we held a funeral for fashion blogs?” I said.

I started my fashion blog in 2005. Back then, the Internet was inhabited only by early adopters, with low-resolution images and no videos. There were no ubiquitous social networks. I was nerdy about fashion and had a lot of weird ideas, but no one I knew at fashion school in Toronto was interested. I longed for a place where I could express myself, and blogging was it. My professors warned me against it, saying I would never get a job (at the time, a mommy blogger known as “Dooce” had been fired from her job for blogging). My profs also worried that, if I posted my artwork, it would be stolen. I ignored their advice. For six months, I blogged into a void; there were no comments or e-mails.

Then I discovered a kindred spirit. Julie Fredrickson was a philosophy student at the University of Chicago, and her blog was called Almost Girl – “where Plato meets Prada.” She had an idiosyncratic way of thinking about fashion that I related to. She became my first “fashion-blog friend.”

In November of 2005, Julie conducted the first fashion blog “carousel.” The topic was “Black Friday Blogging” and the idea was to write an anti-consumerist essay about fashion and link to other participating blogs. The fashion-blog community was formed while doing something that the mainstream media couldn’t: write unhindered by the economic pressures of the fashion industry. The interlinking between each blog created a traffic spike for the participants – for the first time, we felt like we had an audience. 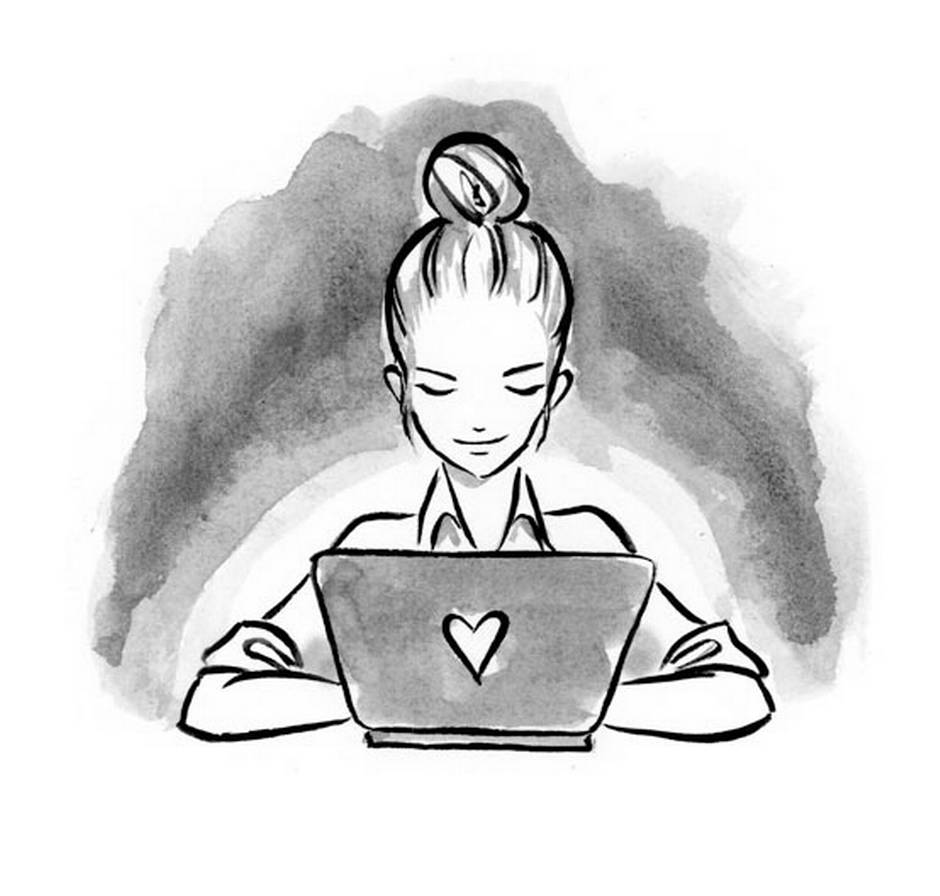 Then, in February, Julie became the first fashion blogger to attend New York Fashion Week. WWD wrote an article about her, with a photo of Julie on her laptop in the tent at Bryant Park.

I kept blogging my artwork and ideas. People liked my drawings and I received enough commissions to make a modest living. My professors were right: I never did get a job. Instead, I shared my work and found clients who were willing to hire me. Since blogging was the catalyst for my career, I was dedicated to it.

In September 2009, Dolce & Gabbana used fashion bloggers in a PR stunt. They positioned a few bloggers, including Ton, in the front row of their fashion show with laptops set up in front of them for a photo op. It worked; “fashion bloggers are taking over” articles began proliferating.

After that, I started to receive invitations to runway shows, free swag and sponsorship inquiries. The material return from blogging was intoxicating, literally – there were a lot of open bars and gift bags. The free clothes came with understanding that you’d post photos of yourself in them. But I was awful at it. I began to hate my blog.

With the money and perks, fashion blogs developed the worst quality of mainstream fashion media – pandering to branded interests. The fashion blogger began to solidify in the public imagination as a wealthy blond girl with a photographer boyfriend, a glossy advertisement in human form.

I left Canada in 2010 to live in London. I removed “fashion blogger” from my business cards and refused all offers from publicists, but I kept posting. These were Final Fashion’s greatest years. I was hungry and poor, chasing my dream to be a fashion artist; the result was heartfelt and urgent content.

In 2012, I turned 30 and returned to Toronto. Today, business is busier – I have clients all over the world and I work on larger art and design projects, too. Real life has become more exciting than the Internet. I am now an artist with a vestigial fashion blog. 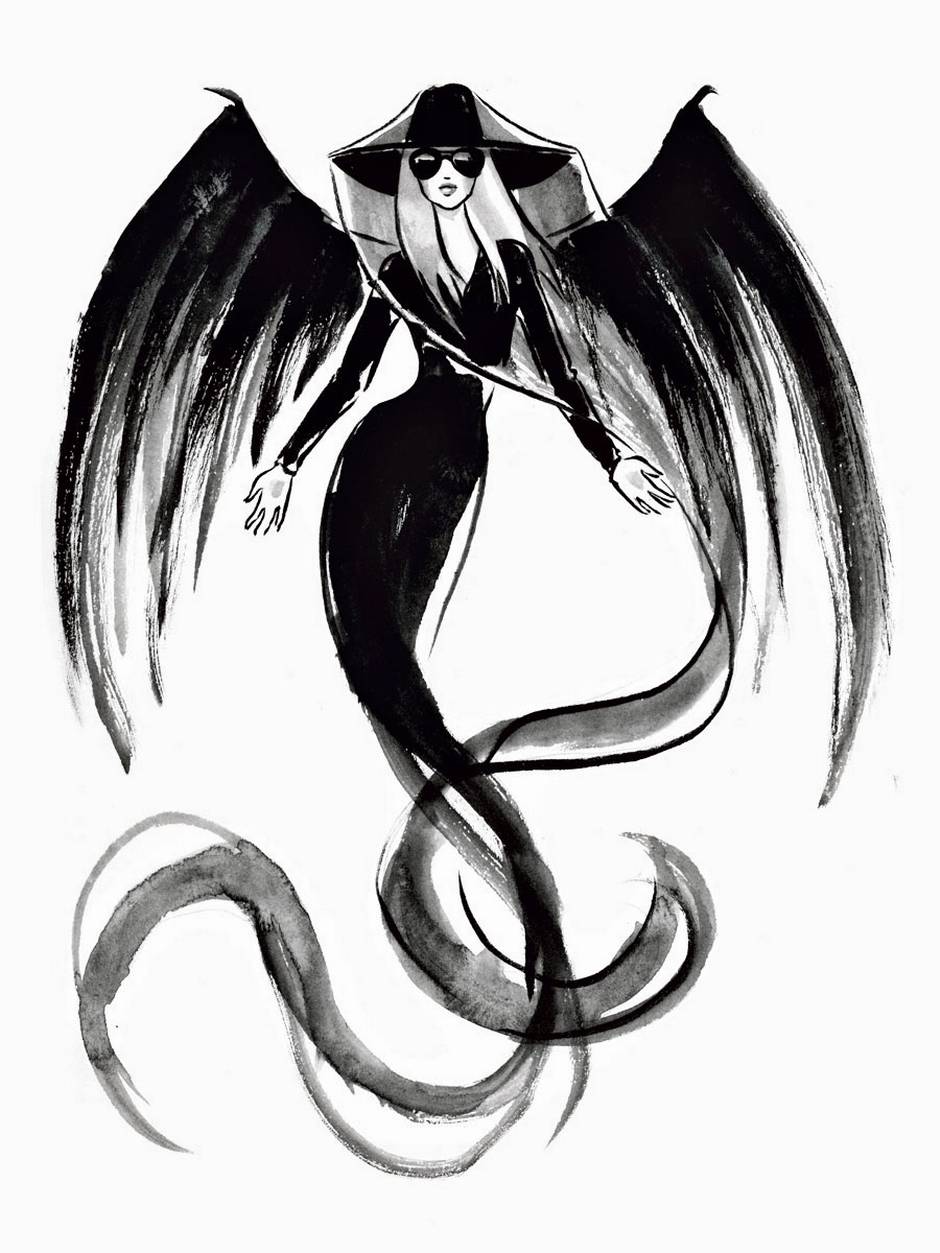 The idea for a fashion-blog funeral was meant as a subtle satire on the media’s “fashion blogs are dead” hyperbole. It might have been too subtle, though: Too many of my followers interpreted my shutting down of the blog as a resignation, when I think of it more as a redefinition.

All media is mortal. Newspapers have been around for a few centuries, but they may be gone one day. Blogging was vital for a decade until social media superseded it. The social-media sites we post on now will also likely be obsolete in a digital minute. Defining your work by the technology that displays it is futile. It’s analogous to how many artists abandoned painting in the 20th century after Duchamp showed how art is made of ideas, not materials.

It took me nine years to figure out what Final Fashion means. The core of my work is the ephemeral nature of fashion, beauty and fame. Everything I do – drawing, writing, performance – ties back into this theme. Final Fashion isn’t a blog – it’s an idea, my idea.

The ultimate funeral was open to all. Even though a lot of people “liked” and “favourited” the event online, only three friends, also fellow bloggers, came. The people that matter will show up to your funeral.

I made a messy little shrine and my friends shot me lying in front of it, unposed and unfiltered. We lit some sage and, as we passed it around, we expressed gratitude for what our blogs gave us – soul mates, independent careers, a URL of our own. We all agreed that being a blogger isn’t a big enough dream for us. Now we are more ambitious. It’s time to make art. 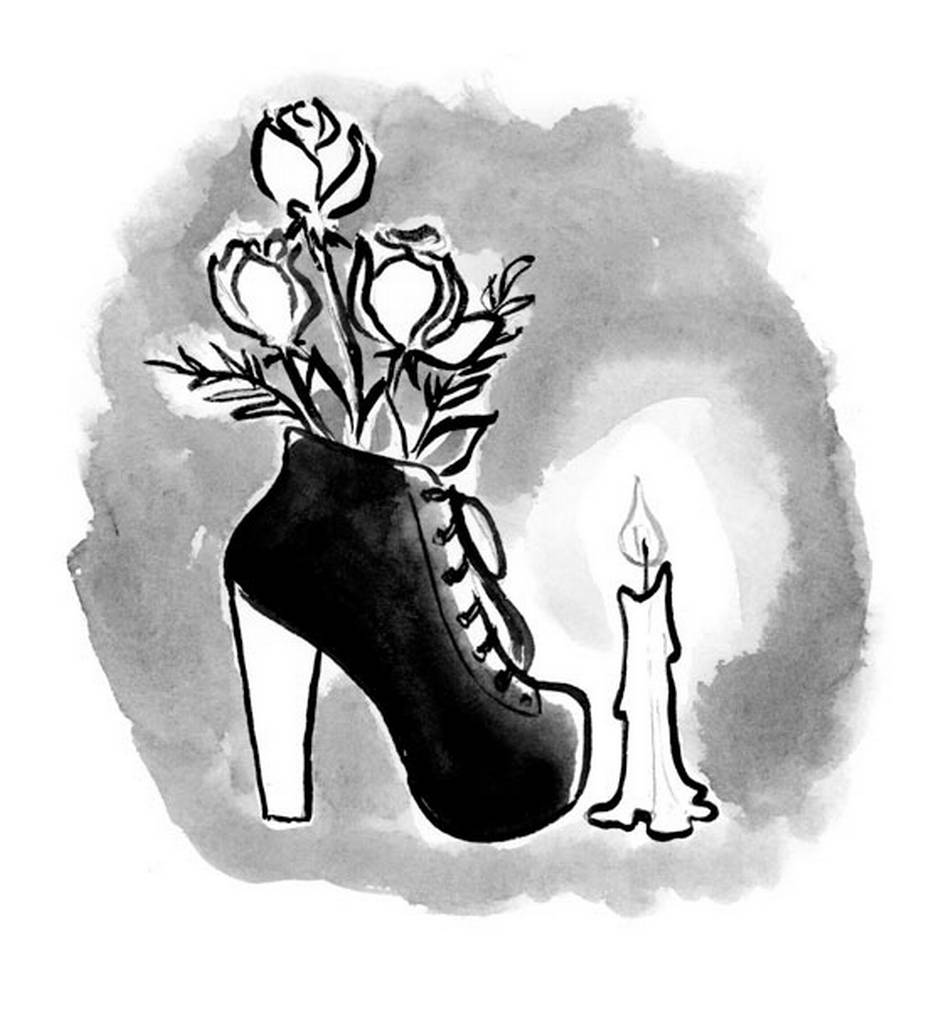