Nobody is actually from London. These days, you're just as likely to hear Russian or Chinese as English in the city, whether you're in the Tube or lunching at the Wolseley. Whatever racket you may be in, it's the fashion to live in London and this is especially true of, well, fashion: Of the 83 designers who presented at the spring/ summer 2014 shows, just over half were British. The rest, including such stars as Roksanda Ilincic, Eudon Choi and Erdem Moralioglu, were likely in town on a visa. While that's hardly surprising in a metropolis such as London, contrast it with New York, where the fashion, whether it's by Michael Kors, Jason Wu or Thakoon Panichgul, may be daring, but generally jibes with that city's melting-pot rep. London, on the other hand, is more like a sartorial salad bowl – not that you'd find a decent salad this side of the Channel.

"In America," says Tim Blanks, the former host of TV's Fashion File, "you're American before you're anything else; in Great Britain, you're you before you're anything else. I think that's partly the island nation [mentality] at work, but there's also an acute individualism and tribalism here. The fashion culture is capable of absorbing different traditions, from the punkiest punk to the most bespoke gentlemen."

British consumers have always appreciated a bit of exoticism in their fashion, going back to the days of the Raj. Today, though, the fascination with foreign accents is at a high, resulting in culture-mashing collections quite unlike the top sellers in New York department stores. Among some of the bigger London labels, Mary Katrantzou, who sells out of cutting-edge boutiques such as Matches in Notting Hill and Browns in Mayfair, has embellished her designs with touchstones – vibrant seaside hues, Greek key patterns, a laser-printed out-of-circulation drachma – from her native Greece. In October, the London-based Chinese designer Huishan Zhang, also sold at Browns, won the Dorchester Collection Fashion Prize for a line inspired by Chinese film and math.

Ethan Koh, a Singaporean who in 2011 launched a collection of luxury handbags in exotic skins and fiery colours, credits his home island's spice markets as well as shadowing his grandfather around the family crocodile tannery as influences. "Every city is known for something," he says. "In Paris, heritage is important. In Milan, it's handcraftsmanship. In London, it's the unique charm. There's a trust and a respect here of different cultures."

Coincidentally or not, London's embrace of foreign-born talent has overlapped with the biggest boom British fashion has enjoyed to date. In 2012, Oxford Economics estimated that sales of U.K. designer clothing grew in the last decade by about 20 per cent a year.

In Blanks's view, the catalyst for Britain's fashion success isn't necessarily its status as a crossroads of the world, but the presence of institutions such as Central Saint Martins, the fabled alma mater of Galliano and McQueen.

"I think if you were a fashion student anywhere in the world, you'd want to go to Saint Martins," says Blanks. "It's the best fashion education in the world."

Currently, about 45 per cent of fashion students at Central Saint Martins come from outside the European Union, and many more from non-British jurisdictions within the union. When you consider that nearly half the brands showing during London Fashion Week last year were Saint Martins grads, the industry's multicultural fabric begins to make sense.

Steven Tai, the 29-year-old Macau-born, Vancouver-raised designer, is one of them. Based in London since graduating from the school a year ago, he now designs West-Coast-cool sportswear punctuated by skillful Eastern pleating and sells it at 127 Brick Lane, an East End boutique that also carries Gareth Pugh and J.W. Anderson. Tai says that, flipping through the clothing racks at school, you could spot the global influences. "You can't hide who you are," he says. "It's kind of like reading someone's signature. You can sense the history by looking at what they're producing."

Success at Saint Martins, Tai adds, meant making that part of yourself known. "It's about how unique the work is that you bring to the table. And heritage gives that personal touch or originality. It's not something you can fake."

By contrast, says Koh, "there are Asian designers in New York, but they don't feel very authentic. I really see the ethnic values here."

"Shoppers," he continues, "already have all the European luxury brands. They want to see something different, a unique voice. We're not trying to be British."

Why Antwerp has become a must-stop for fashionistas
May 12, 2018 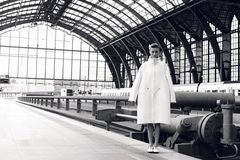 Craving counterculture? Check out this North Carolina city
May 12, 2018 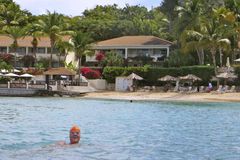