Toronto's Yorkville Village is getting ready to host its second fashion week, one that promises to be even more representative of Canadian fashion than the last. This year, Toronto Fashion Week (Feb. 5 to 7) has partnered with The Collections, a group that has produced shows for some of the country's buzziest designers, to bring together fashion names from across the country.

One of the names in the lineup is Nina Kharey, who will be showcasing her line Nonie. Kharey, who is based in Calgary, was drawn to this year's fashion week because of the partnership. "Both will bring a lot of people in the industry together, and that's a great reason to be a part of it," she says.

It's a sense of excitement that's echoed by Toronto designer Hilary MacMillan. "Seeing two great powerhouses work together is really a big bonus for the Toronto fashion scene," says MacMillan. For her cruelty-free line, MacMillan looked to the dreamy 2006 Sofia Coppola film Marie Antoinette for inspiration. "The colour palette of this film along with the juxtaposition of elegance and power, structure and indulgence has influenced the tone of this collection," she says. The line will include elements of rose quartz, placid blues, metallic undertones, silver sequins, white faux fur and faux patent leather.

Presenting its first fall/winter collection, Toronto's Wil Studios will debut a line of leather accessories. Co-founders Rahul Madan and Eric Richards promise they will feature unique silhouettes that compliment their signature aesthetic, and a collection that offers their take on youth in a dystopian future.

On a similarly otherworldly plane, Toronto designer Hayley Elsaesser is bringing a spacey take on her poppy prints to the runway. "If you picture an alien crash-landing onto fashion week and adapting to their surroundings by trying to dress stylishly to blend in, but still looking otherworldly, that's what you can expect," she says of this season's Cosmic Dread collection. "I feel like I've really been able to spread my wings in the last year."

For Montreal's WRKDEPT, London club culture provided inspiration. Exploring the underground nightlife that gave birth to many of their own style icons, co-founders Andy Long Hoang and Tinashe Musara say this season's collection will feature an eclectic mix of colour with a key message being that we are all royalty.

Toronto fashionistas, take note, and be sure to swing by the shoppable Re\Set Designer Showroom in Yorkville Village to score some fresh off the runway looks.

French fashion house Louis Vuitton is setting up shop at Toronto's Yorkdale Shopping Centre. Celebrating its new fragrance collection, Les Parfums Louis Vuitton Pop-Up will include six debut fragrances as well as the brand's fragrance accessories. Open until Mar. 15, it will also host a calligrapher who can personalize gifts.

With its highly recognizable logo, Gap is celebrating its evolution with the second edition of Logo Remix. This limited collection of pieces features logos remixed by a group of nine celebrities, including singer Sza, hip-hop producer Metro Boomin and mental-health advocate Maya Jama, and is available now in-store and online. For more information, visit www.gap.com.

Online auction site eBay Canada is collaborating on a limited-edition Winter Cozy collection with Cambie Design, a Toronto-based housewares company that works with artisans in Peru, Morocco and Canada. The scented candles, ceramic mugs and wool blankets are all available in cream and clay-toned accents through Mar. 6, with 100 per cent of proceeds being donated to Covenant House. For more information, visit ebay.ca/Collaborations.

There are fashion people and Fashion People – I embrace both
February 1, 2018 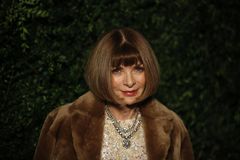 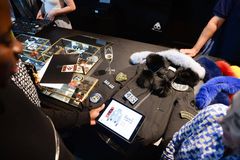