Fresh-faced, home-grown beauty Sara Canning's buoyant personality makes her the perfect foil for the dark side, as her résumé can confirm. Most notable was her role as sassy Aunt Jenna in The Vampire Diaries (she was only two real-life years older than Nina Dobrev, who played her niece), who eventually met a unseemly, gory ending at the hands of the town's vampires. Finally she is getting to show her sunny side in The Right Kind of Wrong (from Jeremiah Chechik, the Montreal-born director of Benny and Joon), a light comedy about the moment you realize that maybe you don't have everything figured out quite as well as you thought you did. We talked to the perky-in-a-good-way, Newfoundland-born, Edmonton-raised 26-year-old while she was elbow-deep in peanut butter cookie dough and planning her best friend's waterslide road trip.

I can hear the East Coast from here!

I lived in Gander until I was 11, but my accent is still pretty strong – it gets really thick when I'm talking to my parents or friends from back home. Sadly, there's not a ton of room for it in the film and television world. Well, except for Republic of Doyle …

From one coast to another … how is living in Vancouver?

It's really settled into my bones. I'm at the point now where when I get off the plane in Vancouver, I just sigh. I'm so blessed to be bicoastal. I'm just at home here as I am in Newfoundland. We're really close to Stanley Park, which I love. I'll be heading to Toronto for a few months, though – I just found out some really incredible news that I'm not allowed to talk about. Oh god, I shouldn't have even said that! It's a project with a lot of buzz … oh god, I shouldn't have said that!

You used to figure skate when you were little. What was the best part about it?

Yeah, I was a figure skater for 10 years. I wore alllll the spangles. It was definitely the beginning of my acting career. … I think for me it wasn't so much about the costumes as it was the performance: Everyone would get a solo and I would try my hardest to play these epic characters in a two-and-a-half-minute song. It also taught me discipline – I skated six days a week, usually before school. I think the reason I've gotten the roles I have is because I can be pretty obsessive.

Aunt Jenna was eight years older than you. How did they age you?

I was 21 when I booked Vampire Diaries, and Jenna was supposed to be 29. It was all about wardrobe and styling. I mean, they didn't draw lines on my face or anything. But I've always been an old soul anyway. I've always been able to go for older roles. I even had to show ID once, because no one believed my real age.

Your death was a huge shock to the fans.

On the ferry recently, I heard someone yell, "AUNT JENNA!" And I always get people asking me if I'll come back as a ghost …

What's the vibe of your new film, The Right Kind of Wrong?

It's been called a super-quirky romantic comedy, but it's more than that. I got to work with Catherine O'Hara. … I think I was more excited about her being in it than myself. We shot it in Canmore and Banff – it was like seven weeks of adult summer camp. All but two of the cast was Canadian, and I think Canadians are the funniest people in the world. My character is married to one guy, but meets another. Ryan Kwanten [of True Blood] is one of my love interests. He constantly surprised me, which is one of my favourite things about acting – throwing two people together and see what happens.

The plot sounds a bit like Take This Waltz – were there any other similarities?

Oh god, I love that movie. Sarah Polley just …[deep sigh]. She so captures that idea that nothing is simple. That "what if" feeling. With The Right Kind of Wrong, it's about that moment of "Oh my god, where did you come from?" That feeling that kind of liberates you and squashes you all at the same time.

What's the best way to describe your personal style?

I love vintage. I'm always looking for clothing with stories, like a dress that a grandmother would have baked bread in. And I'm really into androgyny, too – bridging that line between masculine and feminine. It's funny how my clothing gets influenced by whatever show I'm working on. After I did the film Black Field, which was super dark and Gothic, I became obsessed with high-necked lace tops. And after my last job [a film about Eadweard James Muybridge, a 19th-century photographer who shot landscapes in Yosemite], I'm all about corsets and anything with big buckles.

So your closet is nuts?

Totally nuts. I tend to hold on to things – like old sweatshirts – for sentimental reasons, but I'm getting better at donating stuff. I love the idea of someone new infusing my clothes with their own stories.

I'm a huge believer in the transformative powers of wardrobe and hair and makeup. I like to take the guesswork about the character out of the equation … like, here she is! And the right footwear is key, too … what you wear completely changes how you hold yourself and move across a room. 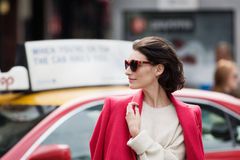 Meet the 'Insatiable Critic' and her love affair with handbags
August 28, 2013 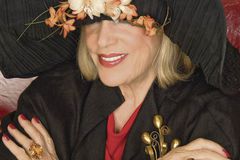 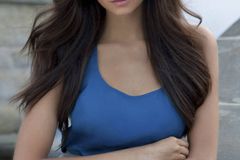