One miserable December afternoon, on a Toronto side street melancholy with mud puddles, I divorced my daughter. During a heated driving lesson, I surrendered my beloved to an uncaring world, and it broke my heart.

The cruel imperative to let go was modelled by my father.

When I was 17 and invincible, I sneaked out of my parents’ house for 64 consecutive nights to sleep at my girlfriend’s. Crossing the tracks to downtown, her hovel was my haven.

I recall a painfully long moment of silence, as if he were observing a Remembrance Day ritual. He was about to lose something forever. As I postured for defiance, I was also softened by the sincerity of his dilemma.

All he could muster was, “What the hell, Steven? Why?”

“I won’t give this up,” I replied with certainty, but without drama.

His 75 inches of imposing fatherhood shifted nervously. Sadness weighed down his impressive shoulders.

“The world’s gonna teach you about your folly, Steven, not me.”

Looking back, I remember this as his finest moment of parenting.

Would I be able to exhibit the same virtue, 40 years later, with Danielle, my 17-year-old firecracker? She’s a sassy lass, whose tongue is sharp and firmly planted in her cheek. She spews stuff like, “Daddy, be curious, please. Be engaged in my life.”

The fine art of mockery, an ancestral code of conduct inherited by daughters to manipulate their fathers, comes to Dani just a little too honestly. With her foot on the gas pedal, I knew I would be tiptoeing through a teenage minefield.

Dani and I had practise breaking up a few years back.

When she was 14, we had an idea, worse than assassinating Archduke Ferdinand in 1914, to go shopping together one Saturday at the Toronto Eaton Centre. She needed a dress to impress. The article proved elusive. I could feel the tsunami of terror forthcoming.

Being victim to Dani’s oppression was not exactly a new experience for me. I had the Father’s Aid Society on speed dial.

My poor old artificial knee could not keep pace with the treasure hunt. Add a dose of my insensitivity to her plight, and we were catapulted to the doorstep of Hades. This wise and hormonal monster targeted me with her orthodontic smile, and blurted out: “Steven, let’s break up.” (She always uses my given name when she decides I am a toddler.)

I was struck by her clarity. This was far more conclusive than her standard fare of, “We’re in a fight.”

I realize the act of granting liberty to a young teen in a mall is nothing compared with letting Dani take the wheel on Highway 401.

The driving lessons started out well. She anointed me with, “Dad, I like it that you give it to me straight. Mom only says positive things. I learn better with you.”

Like Pavlov, she had just endorsed negative reinforcement. She had tried to impress the educator in me. It was a tactic to distract me from my own intensity.

But I was not fooled. Her blades were always at the ready.

The lessons went well until we got to parallel parking. She forgot to check a blind spot on an almost empty cul-de-sac. I regarded this to be a heinous crime. Automotive treason. I warned her a million times. All I could see were the jaws of life in her future.

I tried muting my madness. I didn’t utter a syllable. But my darling, who is the Einstein of emotional intelligence, knew better.

She chose her words carefully: “I prefer a supportive approach today, Steven.”

“Sure, Dani, I’ll support you all the way to the emergency ward.”

Her upper lip disappeared. “And people pay you to work with teenagers?”

The car’s interior was swept into an emotional hurricane. I wondered out loud – my final salvo – if there was insurance for PTSD.

She gave me the evil eye, just like her grandmother would when I used to lose my socks or eat vanilla cake for breakfast.

Waving a white flag, I blurted out, “Let’s break up.”

A biblical rainbow descended from the heavens. It lit up that dour avenue in full splendor. Contempt morphed into bouts of hysterical laughter. We switched spots in the car, and I drove us home. We were both liberated.

Never again would I teach her driving. This divorce was final. Nature would instruct from here on in. Darwin took over.

Just two weeks later, somehow the Province of Ontario decided, through some cockamamie evidence-based scheme, that Dani was fit to drive the streets on her own.

Probably her examiner was seduced by Dani’s poor-little-ole-me simper. She can play the damsel in distress on cue.

That same night, she declared, “I am taking the car to babysitting.”

This was the same little piece of heaven who sucked on my pinky finger for the first 45 minutes of her life. My sweetie, who would always beg me to linger just a little longer at the beach, with her piercing blue eyes mirroring the sea.

She never knew I didn’t sleep the night we divorced, shattered as I was by her vulnerability.

The roads and the people who drive them can be cruel. She’ll have to figure them out on her own.

World, please look out for my girl. 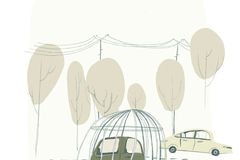 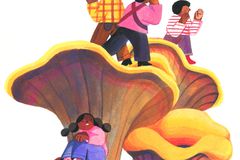 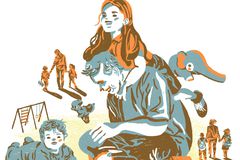