I have been asked countless times when I first knew my son had attention deficit hyperactivity disorder (ADHD). I always laugh, a hard edge creeping onto the end and say, “I’ve known it was ADHD before I knew I was pregnant.” He came out of me in a burst, my pregnancy marred by anxiety and anger, his feet boring into my ribs in staccato thrusts, more movement than his twin sisters combined. He was walking by 10 months, angry the entire time as if trying to escape the impatience in his soul.

I shouldn’t be surprised. Our family has a deep well of anguish in its past. He combines his restlessness with anger and sadness. At eight years old, he still does not have the words for the dissonance in his soul. I struggle with him and for him, but sometimes feel that I have been depleted past the point of replenishment. I let my relationships fail because he consumes me, and I am driven to exhaust myself supporting him. I listen as I am told that my life is too complicated to be a part of and potential partners tell me that love should be easy and seamless, but my love for him proves otherwise. His sisters come to me as I crumble in the mornings, tired of the fight, to let me know that they love me, while he sits stolidly by, watching my tears.

A shopping trip never fails to bring on tears either, from him or me. Recently we went to buy a new video game. He stood in front of the collection and I could see the anxiety welling up in him as he took each case down carefully, turned it over and scanned the back for more information. He hopped from foot to foot as I stood to the side waiting for him to tumble to the ground, bringing the display down with him. He began to get upset, knowing that once he made a choice, he would be wedded to it. Minutes passed and he finished perusing the selection. So he started again, this time with a high-pitched whine creeping into his voice. We left that day with a game, but he spent the whole car ride home agonizing over his decision. Although impulsivity usually marks those with ADHD, his has begun to turn into anxiety.

As a parent to a child with ADHD and oppositional defiant disorder, I feel very alone. I am envious of those who slide through parenting, those who are not afraid to take their child into public. I make light of the frequent e-mails from the teachers who use words such as angry, defiant, depressed, anxious and oppositional. I laugh in hysteria as I am called into the school once again, as I make countless appointments with pediatricians and therapists. I read the books on parenting, try to limit the screen time, watch his sugar intake. He is on medication No. 2, and we are waiting to see if that is the mythical magic cure that I have been looking for. I have listened in stunned silence as he casually mentions suicide in conversation.

Some days, I have nothing left. I imagine parking my car in front of a forest and just walking away. As a mother, I receive the brunt of the anger. This is well-documented in the academic research on ADHD and its comorbidities. I often wonder if he would be better off with his father full time who, although more rigid, is loving nonetheless. Then I dig deep into my core of strength, shake my head and try again.

ADHD is one of those invisible disorders that can cause the sufferer so much pain. Children with ADHD are often labelled as troublemakers, despite the growing awareness and increases in diagnoses. People who have never seen a child or adult with ADHD can be quick to judge it as a made-up illness caused by bad parenting or boredom. ADHD is often diagnosed in conjunction with other disorders such as oppositional defiant disorder and conduct disorder, and various learning disabilities. As children get older, they can turn to drugs or alcohol to self-medicate or get in trouble with the law. As an adult if you have ADHD, you have an increased risk of car accidents, reduced work performance and difficulties with relationships. Although some children outgrow the symptoms or learn to manage them, approximately 60 per cent of those diagnosed carry their symptoms into adulthood, according to the Centre for ADHD Awareness, Canada.

Some days he makes his disorder known by dressing up the cat, using the furniture as an obstacle course or by dancing and singing for me. Those days give me hope. They let me know there is a child in him still. Other days he sits sullenly, angry at noise, angry at chores and angry at the burning inside his body. This can’t be easy, the constant movement of his mind and limbs.

Maybe it is my empathy that causes the struggle, as if I can feel his lonely, sad discomfort and give it a voice, when that voice should remain silent. Under his volcano is a great child who wakes me with a kiss every day, who looks for opportunities to form connections with his peers, who has a scientific mind and seeks to understand the universe. He struggles with building empathy and is unable to understand how his actions make others feel.

The other day I went to his school to pick him up for another appointment with a specialist. He joined me in the office, bundled in his snowsuit, pants swish-swishing as we walked outside. He looked at me, the sun reflecting off of his scratched glasses and said, “Today is a good day, Mommy.”

My pact to him is that no matter how worn out I feel, I will never stop trying to be his voice until he learns how to manage his own. I will not stop until he can look up and find something good in every day, no matter how small that goodness might seem at the time.

After growing up with undiagnosed ADHD, I’m discovering a new self-image
April 13, 2018 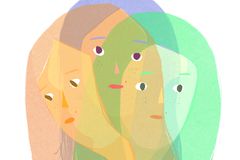 Facts & Arguments
Before my ADHD diagnosis, I was alive but not living
October 31, 2017 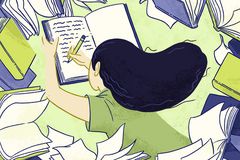