The bike was exquisite – all retro flair, like a bike in a movie.

To mark my only daughter’s 16th birthday, we decided to replace her old bike, a gift from my father – her grandfather – four birthdays and 6.5 inches ago. She wanted a seven-speed weekend cruiser, in soft lavender.

The vintage frame was the watercolour mauve of the lilacs that grew in my grandparents’ yard. Its step-through design could manage all manner of raiment, from sweatpants to sundresses. The brown wicker basket was empty; my mind quickly filled it with fresh-picked field flowers, a notebook, a thick dog-eared novel passed friend-to-friend. I could picture my daughter, laughing – flawless – soaring through summer, her whole life ahead.

As I sat on the stoop in the still-warming sun waiting for my child to awake and lay claim to her prize, my mind wandered back, a lifetime ago, to a time when a girl in flared denim pants and a corduroy hat got her first bike.

A wheelie-bike, as was the fashion that year, it was eyeshadow blue. It had sky-high handlebars with bright streamers that never got tangled; a long white vinyl seat flecked with sparkles that seized then reflected the sun. Training wheels, I remember, but I trained so hard that one fell off, and I would tilt wheel-to-foot, foot-to-wheel up the sidewalk.

One day that last irksome wheel wiggled free. I remember my dad, then, sweating beside me in plaid polyester, gripping the seat as I pedalled like crazy, soaked in adrenalin, because of course, by God, it could go either way and if it went badly, well …

Then I was flying, unfettered; a rainbow of bread clips chik-chik’d in my spokes. If there was a comeuppance that day, time has been kind to it. In the picture taken of me with my bike, I was half an inch tall; in real life, I was a giant.

My next bike was a 10-speed racer, all lugged steel and drop handles, with tube shifters fused to the crossbar. It was gold, a shiny metallic more C3PO than “Tuscan Sun.” I made believe that I loved it – that I was the girl with the golden bike – but the truth of it is that my dad was feeling penurious that day and it was one of two colours on sale. Heading home toward a passel of preteens poised to jockey and judge, my mind frantically crafted the marketing plan that would spin that lurid bike into gold.

I captained that discotheque bike through the 1980s, hands resting with casual cool on my hips, suppressing the urge to lunge for the handlebars. One day I rode hands-free through fresh tar, earning a welt on my ankle the shape of a cat. One day my first boyfriend doubled me home. I remember I wanted the whole world to see.

Some years later, done high school and newly matriculated, I set out to reimagine myself as the venturesome sort that I felt I must be. I had a little walking-around money that summer and, unencumbered by my father’s fiscal restraint, I acquired a sky-blue mountain bike, a pragmatic purchase that still made me feel nauseous with spendthrift excess.

It had a handsome square frame and large knobbly tires; finger brakes and thumb-shifter gears that seemed to say, “don’t let go.” It promised off-road experience, though I never left the city. That bike carried me for more than three decades, to more than one school and through more than one boyfriend.

I could not have foreseen it but, as my cerulean friend entered its own golden years, it also carried my daughter, tugged behind it in a pull-along trailer and, later, in a front-mounted child seat, her eyes squeezed shut, her small hands outstretched to receive the full force of the wind.

But as I waited for my beautiful girl to wake, it struck me – that blue bike still stood in my shed, the kiddie-seat bracket still screwed to the frame.

And my soft mother’s heart dropped.

I eyed that new lavender bicycle, then, brimming with romance; awaiting its owner, just turned 16. I saw her fill that brown basket and pedal away – to a life of beach boardwalks and countryside trails, perhaps toward some boy or some girl I don’t know, in a city I’ve never seen – making a life with not-my-own choices, and memories that don’t include me.

For what else is a bike but a veiled rite of passage, conveying us ready-or-not toward who we’ll become? And what wouldn’t we give to backpedal through time, to reclaim those sweet moments, time fragments, long-lost?

Recoup months we surrendered to pandemic plans, full of fear and impatience and maybe too quick to say no. Restore days given over to big-people problems – deadlines, bills, rent cheques due – adult things that turned bedtime routines into just one more chore to be done. Revive chances we missed, even decades ago, when our own moms and dads yearned for time that we just couldn’t give – we were off riding bikes, learning how to get by on our own.

How I longed to retreat, then, to simpler days before life picked up speed – when a bicycle was just a bicycle. When tired little legs only pedalled so far. When every day’s journey would end with a firm tucking-in and a soft kiss goodnight.

And I knew what to do.

Before my sweet, winsome girl could appear and just shut it all down with a wave of her hand, I called up the bike shop and commissioned a seven-speed cruiser – sea green.

I knew as I did that I could not always keep up with her, nor dissuade her from seeking out her own path. That I had to fill up my basket with plans of my own. But I hoped that for a little while longer – a few more years, perhaps – we could ride on together. 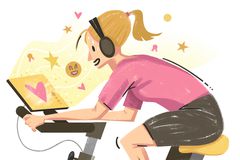 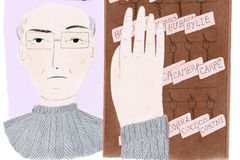 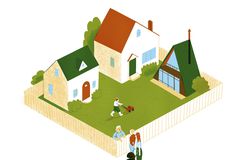