Somewhere along the way, I made a choice not to point out the racist phrases addressed to me. I grew up and did my medical training in Canada, I love my job and I feel Canadian to my core. I’ve practised family medicine as a Mauritian-Canadian physician for 20 years. I’ve worked in three provinces, and racism is a fact of life for many racialized Canadians. Aside from a few horror stories that I will spare you, I’ve been relatively unscathed thanks to my sense of humour, particularly my sarcastic inner dialogue that gets me through the day (while I smile till my cheeks hurt). I usually choose to let things go, to make sure patients always felt comfortable and happy when they left my consulting office. But I wish some people would think twice before they speak.

Read more: Lift your spirits with some of our favourite recent First Person essays

‘Pourquoi you’re brown, maman?’ Racism from the mouths of babes

I could never fathom the undercurrent of hostility I encountered. Until one day, I heard it coming from my toddler’s mouth. My husband has Scottish roots with light skin and reddish blond hair. Our son, who is three, is not as dark as I am.

Earlier this year, I was at his daycare getting him dressed to leave when he pointed to a mixed-race baby in the hallway. “Maman, I don’t like the brown baby.” “Why do you say that?” I asked, shocked. “I like the other babies,” he replied, adding: “Caca is brown maman, that’s a caca baby.” I was rattled that he’d just linked excrement to skin tone. The day before he’d also noted my dark skin for the first time: “Maman,” he said, “you’re brown.” The issue of skin tone had never come up before at our house.

I’m Métis, but grew up white in an adopted family. I’m still trying to figure out who I am

It has been about 10 years since I learned my birth name, and I still hold it close like some hidden, unrefined treasure. To some, the significance in a name may never be pondered. Yet, when I learned my name, it felt as though a missing puzzle piece was finally fitted into my life’s mosaic. A question surrounding my identity was finally tangibly answered.

So many of my other questions have not been so easily solved. They’ve required plenty of personal work in the quiet of my home and the office of the psychologist I met as a resident physician. This one was finally answered. It legitimated my connection to my life before my adoption. It allowed me to claim a connection to my heritage and certified that my experiences as an adopted child were real. It linked me to this Earth and to my ancestors like nothing else ever had. There have been moments when I’ve, mostly playfully, toyed with the idea of making a formal name change.

I’m Black. I’m male. Give me the benefit of the doubt, please

For as long as I can remember, I have been very aware of the challenges that come with my complexion. It hasn’t been good enough to be a first-generation Canadian. When people look at me, the first thing they see is my Black face, for good or bad, but mostly bad. I think they call it bias.

My mother raised me to be proud and strong, while also warning me that the older I got, the less cute and innocent I would be and the more threatening and menacing I would appear. She was right. I’ve been stopped by the police driving while Black more times than I care to remember. I see white people tense up when I enter an elevator and I notice when I am followed around a store. This is a part of my lived experience so when people ask me how I am doing, what do I compare it to? Living in a racist society is all I have ever known.

I’ve often been the only racialized woman in the boardroom. But are you really surprised?

If the framed photos on the walls at Queen’s Park don’t lie, I’m the first and only racialized woman to have been appointed Deputy Minister of Economic Development in the history of the Ontario government. Not the only woman, though it’s a post that’s been largely male-dominated, and not the only racialized person, as there have been two racialized men in the job. The photos don’t go back a hundred years, but I’m willing to bet there’s no need for a fact check on this one.

I had a successful, 30-year career in the public service. I worked exceedingly hard and am proud of my accomplishments. I supported the government of the day in managing many tough files – Ontario’s response to the Syrian refugee crisis and the North American free-trade agreement among them. It was truly a privilege.

However, I cannot count the number of times I’ve been told, in the friendliest way, that I got to where I did because “I checked so many boxes.”

Please stop asking my Canadian-born child, ‘Where are you from?’

Like any visible minority, I have been on the receiving end of microaggressions all of my life.

“Where are you from?” is the most common one.

Most of the time, I laugh it off and respond with “Scarborough.” That’s not technically accurate. I grew up in what is now the former borough of East York but nobody knows the specific area. I went to university in Scarborough and I generally feel most at home in the eastern edges of Toronto, so I say “Scarborough” as a shorthand for the east end of Toronto. My tongue-in-cheek answer gets laughs. Of course it also gets the inevitable follow-up question, another microaggression: “No, where are you really from?”

My skin is light. Dad told me I’d take less of a racist hit - but then I moved to a small town

I stare into the mirror at my hair, soaked in Matrix SoColor, pulled back with pink clips. The dye runs along my hairline, blackening my light brown skin. Two babies back-to-back, postpartum depression and a move to a small town – all this in just over a year – has taken its toll. In desperation, I yanked my waist-length hair back in a ponytail and chopped it off. I hoped for a revelation. Instead, I went on mood stabilizers. Now, I’m ready to fix this badly self-hacked job.

The beauty parlour squats a few blocks from the town centre on the first floor of an old brownstone. You can hear the rumble of passing trains even inside this place.

I scan the room. Four older women sit in a row under the blow-dryers. Locals. They stare openly. I smile. No one smiles back. I pick at the skin around my fingernails. I’m the only Indigenous person here. 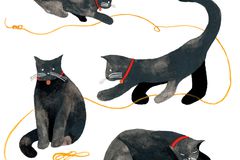 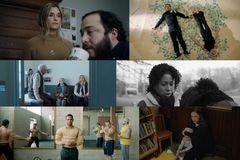 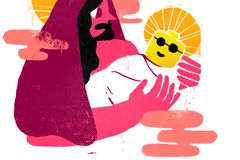