A few weeks ago I was out for a walk with my one-year-old and my stepmom in her and my dad’s neighbourhood. It’s the kind of neighbourhood where, despite many years of connection to and renting in the community, most millennials and Gen Y folks could never hope to buy a house.

We ran into a neighbour on the street, a boomer peer to my parents, who had stopped to engage us in some physically distanced chit-chat. It was a one-sided conversation in which she casually and obliviously spoke to us at length about the renovations she and her husband are doing at their cottage, i.e. their second whole house in addition to their first very large one. Tearing up the floors, what a pain, but it’s good to have a project in these times etc. I reverted to the smiling, polite version of myself that I become around anyone with white hair, and quietly listened to her describe the renovations until she was finished. Pleasant goodbyes were said and we continued on our way.

Rob Carrick: ‘No one is saying boomers didn’t work hard’

At the end of our walk I said, “You know, maybe we’ve gotten to a point where boomers should know that it’s no longer okay to go on and on to younger people about their second homes.” My stepmom grimaced slightly and held up three fingers while mouthing the word “third.”

Seriously, in a multigenerational setting, your latest upgrade to your second or third home is no longer appropriate small talk. You will need to come up with something to chat about other than your property.

I wouldn’t expect the neighbour to know the context, on our end, of this seemingly harmless interaction: that these walks with my stepmom have ended up being largely devoted to in-depth conversation about the housing crisis affecting Ottawa. For months we had been grappling with this issue, from opposite sides of the growing have/have-not divide between us. We had been in the middle of one of these conversations when our neighbour bumbled into it.

Parenting during the COVID-19 pandemic has been chaotic

I’m an older millennial whose work has involved various forms of supported, transitional and affordable housing for the better part of a decade. I started in this field in the Downtown Eastside of Vancouver, where 10 years ago we were talking about it as an unsustainable crisis. Since then, this crisis has only spread, virus-like, across the country sparing almost no city or town. I have diligently saved a down payment, but the pandemic and other circumstances have come together to cause homeownership to slip out of reach just as it was almost within my grasp.

I didn’t realize how important, how ingrained this dream was in me until this happened.

Boomers, as a generation, are well informed about the pandemic, and the risks that disproportionately affect them because of their age group. I know that many, especially immune-compromised people, looked on in anguish as younger generations gathered with no concern for the consequences as the virus surged. It was an existential threat to them, yet younger people didn’t seem to care; it didn’t affect them personally. Flip this dynamic on its head to better understand the housing crisis we now face. Lack of accessible, secure housing is an existential threat, and it disproportionately affects younger generations, while benefiting many older homeowners. Imagine the anguish to be dealing with this while some people go around as if absolutely nothing is wrong, gleefully proclaiming to each other about this or that house on their street that just sold for more than a million dollars.

In this neighbourhood there is a mix of detached and semi-detached homes, rental apartments, full-to-capacity affordable units, full co-ops and a support centre for young single mothers (which, rumour has it, will be torn down for a luxury condo). Young moms walk up and down these streets with their strollers. Some of them are lucky to live in small apartments in the nearby housing co-op. I see them every day as my stepmom and I go on our walks, traipsing up and down unaffordable streets looking up at unaffordable houses. There is something that just seems wrong, even primally unjust, about so many young families existing this way in a neighbourhood of mostly older, retired empty nesters living in large houses with backyards.

This is a trigger point of anger for a lot of people right now, including young families who need this kind of space the most. They are crammed into small apartments they are paying too much for and have no real security in, with more than half of their incomes going to either helping someone else pay their mortgage or to a deep-pocketed corporation that will hike rents as much and as often as legally possible. These are people who, through no fault of their own, will likely never be able to afford the privilege of living in their own home no matter how hard or long they work.

There is a limit to the politeness of the precariously housed class toward the well-housed class when it comes to this crisis that has so profoundly shaped our lives. You have benefited from the same thing that has utterly disenfranchised us. You sit in big houses while we work in often wage-stagnant jobs to live and take care of your generation’s grandchildren in tiny cramped apartments. How long do you expect us to collectively stand here and politely smile?

So you won the generational and housing lottery big-time. Do you really want to go around rubbing it in people’s faces who lost? “What does she think is going on here?” I said about the neighbour that day, pushing the stroller, suddenly angry. “She’s not thinking about it at all,” my stepmom said.

In addition to actually thinking about it, there are things you could do. You could educate yourself on the housing affordability crisis. Research the roots of it and solutions that have worked elsewhere. Look up how many people are affected in your city, how many people are facing potential homelessness after the pandemic, how many people are on wait-lists for affordable housing and how long those wait-lists are (for me it would be a wait of more than 10 years). Write to your local MPs and put pressure on them to do more to address the lack of affordable housing. For the grandparents out there, if you can’t be motivated to do it for your adult children, do it for your grandchildren.

And if this is too much for you, the very least you could do is not brag about your second and third homes to people who will probably never own one.

My son isn’t like everyone else, but he still needs a welcoming place to live on his own
August 15, 2021 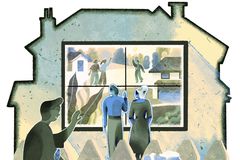 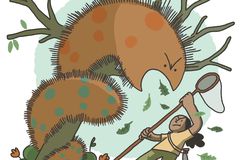 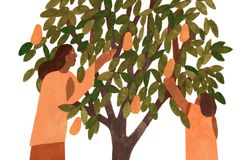