We are winter people, ice people, nice people. There is only one dominant season for Canadians, the one that defines us (whether we like it or not). Cold. Clear, icicle cold. The season that extinguishes all others. The one season that enters Canadian conversations all year long (even in 40 C weather). Only a Canadian would talk about winter on a scorching hot, humid summer’s day. It snows in a Canadian’s mind all year long, little white flurries of brain activity. Winter is not simply a season, it’s a state of mind. A state of being. A frozen Canadian, suspended in disbelief for a period of anywhere up to six (or is that sick?) months.

Many countries get their identity from the weather, especially hot countries. The weather is marketed; it’s what brings outsiders in. In Canada, one could argue, it’s what keeps outsiders out, and insiders (Canadians) left in the cold. The image of Canada as a cold country is only true when discussing climate. The people are warm and nice. The season is actually a magnificent season, a Dr. Zhivago-like winter. And, that’s the problem. Winter isn’t marketed enough, like it is in Russia, in Switzerland, in Austria.

There are pockets of winter selling in Canada, such as the Rideau Canal in Ottawa, or the tremendous skiing out west and at Tremblant in Quebec, or the Carnival in Québec City. But the overall impression is to avoid winter or, if you can’t leave, to merely cope with winter. The beauty and vast magnificence of winter must be thawed out with respect to advertising. We need to create a winter nation in the minds of tourists or even immigrants who would potentially like to live here – but they’ve heard that it’s too cold. Winter isn’t bad; it’s the bad impression of it that is bad. Even many Canadians don’t understand winter. They curse it. They flee it. They get nervous about its arrival, anxious about when it’s eventually going to leave.

Canadians must believe in winter; come to terms with it; embrace it; and finally sing its praises. The pandemic events of 2020, particularly the travel restrictions, have forced some reluctant Canadians to live through and even embrace and relearn a Canadian winter. Former prime minister John Turner was fond of saying when confronted with severe Canadian weather: “Are you a Canadian or a tourist?” There may be some snowbirds who, come the end of this winter, might appreciate what they tried so hard to escape from every year. Has it taken an event that occurs once every hundred years or so for some Canadians to value a season that many have made an effort to physically get away from and erase from their minds?

The belief in winter is a leap of faith – into a towering snowbank. Sometimes we have a mental white-out and like to deny that it exists, that it won’t come again next year (or even this year). It may actually take many years – even generations to come to terms with winter. I know an English woman who hates winter, and her inability to cope, she says, is because she didn’t grow up here and never learned to walk on ice.

We want winter to be warm – it isn’t. We want winter not to be blustery. It is. If we know the enemy, it eventually becomes an old friend. It’s something to count on, to depend upon, then we’re comfortable with its challenges. Winter is just another reality, another weather plane, another landscape to enjoy.

Once we don’t fear winter, we can enjoy its pleasures, get to know its cold warmth on a sunny January or February day where the sun is brilliant (but far away). The winter sun makes the long, slender, clear icicles slowly drip and glisten in the noonday sun. Winter is visual – most people don’t understand that. It also begs participation. Winter is not for meditation like summer, winter is to be examined, to dive into – deep.

Winter is a season, not a non-season. It’s a legitimate child of nature, not the illegitimate bastard that some think it is. It has a right to belong. It has seasonal legitimacy. It also has a right to be understood. There is no other season that the word “understanding” applies to so much.

Once one travels through the states of “winter grief,” the final stage is to let the play begin, to accept that winter can skate circles around the other seasons. In what other season can you walk across a lake? What other season commands such respect?

Spring is welcome. Summer is enjoyable, fall is marvellous, but winter is … different. This does not mean it doesn’t have a positive emotion attached to it. Winter is a marvel. It is “awe” (not “Ah”). Winter is a good thing. It is meaningful, it is worthwhile.

There are rules to winter. It does not suffer fools gladly. It’s like fire – it’s not to be treated with reckless abandon. Its beauty always has an undertone of respect attached to it. It’s cold beauty, it’s old beauty, it’s a bold beauty. This old season (often called the “old man”), this mature part of the calendar year, has wisdom that the others do not. Winter has learned from all the others. Everything eventually ends with winter – it’s the last in the seasonal cycle. But, even winter ends (usually on its own terms, time and accord). It’s this independence that is striking. It’s brash. It’s unique. It towers above all others. It is the lion of the seasons, the noble one, the majestic one. The Canadian one. No one owns winter like a Canadian. No one misunderstands winter like a Canadian.

But, then again, most Canadians don’t know the treasure they have. 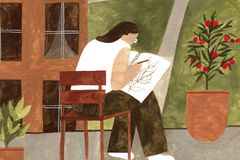 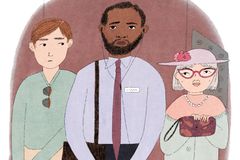 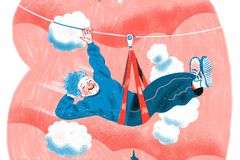