He had been clear that he wanted no fuss. No parties. No pink flamingos on the lawn.

The album is my idea – some way to celebrate my father’s 80th birthday that is special in some way without too much pomp or ceremony. My mother, my brother and I make up a list of family and friends, and ask them to contribute a photograph of my father and share a story that relates to the photograph. Soon the letters start arriving in the mail – some written by hand, some typed, some in Hungarian, some in broken English. All have to be edited and compiled. As the editor in the family, the task falls to me to make sense of this hodge-podge of words and images.

My Uncle Julius sends a faded black and white photograph – one of the only surviving family portraits of my father with his brother, mother and father. The photograph is like most taken at that time, stiff and formal. No one is smiling. The three of them stare directly at the camera while my father gazes off at an angle. He looks determined and fixed on a point in the horizon. My uncle writes about the summer of 1943 when my father served in the Hungarian army. He hated being in the army so much that he forced himself to eat three pounds of raw bacon and ended up with hepatitis. They sent him home to the hospital in Cluj where he stayed for about a month. My uncle writes: ‘He was as yellow as a lemon. Even though the liver problems plagued him for years afterwards he still said it had been worth it – he felt he had sabotaged the war effort.”

There’s a livelier photo of my father and his life-long friend Bandi. It’s winter and they are wearing black fedoras. They look cocky, more like gangsters and not like medical students about to graduate. He writes about how my father had: “a way with women but one time he pushed his luck too far.” Apparently, he was romancing two women at the same time who happened to be twins. My father sent them each a letter via Bandi’s younger brother – who had strict instructions on how to deliver them. Unfortunately, the letters got switched and were delivered to the wrong parties, and all hell broke loose.

I select a photograph that shows my father a little older. He has already lost most of his dark wavy hair and he is holding me on his lap. My mother and brother are behind us. We all stare at the camera – again no one is smiling. My mother has dark circles under her eyes. It is taken in England at a Red Cross refugee camp. The photograph is dated 1956, the same year that Soviet tanks rolled into Budapest, the capital city of Hungary and the place of my birth. Within days of the ill-fated but spirited civilian resistance, about 200,000 Hungarians escaped the country. My family was among them. I write about my first memories of my father as we make our escape in the middle of the night, trudging through muddy fields and a dark and foreboding forest to freedom. He carries me on his shoulders for hours and I remember that he tells me: “You have to be very quiet Jula or you’ll wake up the wolves.”

One of his bridge buddies sends in a contribution, too: My father unshaven, a deck of cards in his hands. Every Tuesday from 7:30 to 11 p.m. “the boys” gather at one of their homes to discuss family matters, exchange a few jokes and when the conversation dries up, to play a few hands of bridge. Although they criticize each other mercilessly, they are dear friends and love to play cards. Stephen writes: “On the 80th birthday of Loli, the founding father of our bridge club, we wish him a long and happy life and many accomplished grand slams.”

My cousin Peter’s family writes 10 Things We Love Most About Loli, including: “His legend is everywhere. We recently bought a car and the salesman recognized our last name as the name of this funny doctor he had had as a child who would let him squirt water out of syringes in his office.”

My daughters write about feeling safe with their grandfather even on a terrifying ride at Disneyland, about his fine taste in art, his love of cheap Chinese eateries and expensive chocolates. They write about his famous short cuts that always got everyone hopelessly lost on road trips in Florida They write that he cherished every pair of “silly boxers” that they’d ever given him as a gift.

And there are many more stories describing his rapturous appreciation for music. His loyalty and friendship. His willingness to always help someone in need. His love of a good story and his ability to bend the truth when deemed necessary. Even though I knew how much Dad was loved and how quirky he was, it moved me to see it expressed in so many different ways.

At last, the gluing and binding are complete. The leather book bulges in my arms as I hand it to him on a sunny July afternoon.

He takes the book, opens it, flips through it and begins to read a few pages, including the one where my mother writes: “How do I love thee? Let me count the ways…” and another where my brother writes a long thank-you note that begins: “There is no single moment that captures the bond that we share. Thank you for accepting me even when you didn’t understand what I was doing.”

He reads a few more pages and then slowly closes the book.

“Thank you,” he says lifting his glasses from his face and wiping a tear from the corner of his eye. “I think I’ll have to read the rest later.” 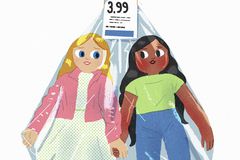 My favourite Toronto ravine is as sacred as any church. I’ll gladly clean it up
June 8, 2021 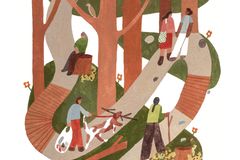 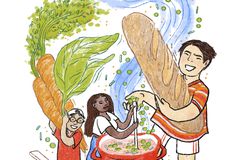