Jean Mills
Contributed to The Globe and Mail
Published May 18, 2021 Updated May 18, 2021
Comments
Text Size
Please log in to listen to this story. Also available in French and Mandarin. Log In Create Free Account

We have just come off the ice after my first-ever curling game at a little two-sheet club in a small Ottawa Valley community. I’m new in town, and joining the curling club was recommended for meeting people – and I mean meeting everyone, including the high-school principal, the dairy farmer two concessions over, the stay-at-home mom with two toddlers, the local vet, the lady with the dress shop on Main Street, a few high school students. Yes, everyone.

So, I join the curling club, and after a few lessons, there I am, Monday night, throwing rocks down the ice as directed and trying to stay upright while sweeping. And despite my many missed shots, our team wins.

If cribbage has taught me anything, it’s to play life one peg at a time

Now, as we sit around a table in the club room enjoying beverages, my new curling colleagues decide it’s time to teach the rookie one of the truths that all curlers know.

I nod. Everyone nods. Of course, in a team game, that makes sense. But they’re all still grinning madly, so I know there’s more.

“And when you lose…” Long pause. Confused, I look around. They’re all still grinning and nodding.

I miss curling. I haven’t been on the ice for more than a year, since our world shut down last March, the curling club along with it.

I miss more than the game, of course. Curling is a social sport, full of etiquette and traditions – shaking hands before and after a game, standing still when the other team is throwing, congratulating good shots on both sides and resisting the urge to leap in the air and celebrate loudly when your team makes a raise-double-takeout to score one and win on the last shot of the final end. (Okay, maybe if there’s a TV camera on you as you play for a national championship and a chance to represent Canada on the world stage…)

I miss my curling community, the laughs on and off the ice, the unexpected freaky shots which leave everyone in stitches, because who knew a rock could ricochet there, there and there and leave you lying four? Mostly I just miss the people, of course.

But I also miss standing there looking at how the rocks are lying and figuring out what to do next, and what comes after that. The strategy, the planning, the looking ahead: If I do this, she’ll do this. If I miss this, she’ll probably do this, then I can do this…

During this beleaguering pandemic, planning and looking ahead are two different things. How can you plan when you don’t know what’s coming? When so much of the future depends on decisions and actions and unseen, unknown factors that you have no control over? Someone else is calling the shots. Often it feels as if this relentless virus is calling the shots.

When you win, it’s a team effort. When you lose…

When I was still a fairly new curler, keen and eager to help out, I volunteered on our club’s Match Committee. My job was to create the schedule for the Mixed League, one of the busiest nights at our club. Off I went, with templates in hand, to make up the draw. When it was posted, some people complained. This team had too many late games. This team had too many early games (difficult, in an agricultural community where farmers needed to finish milking and chores before coming to the club).

They complained loudly to my face. They complained quietly but pointedly behind my back. They demanded a meeting to complain in public. I did my best and there were lots of people who came to my defense, but I went home that night in tears. The dark side of curling – of people, really – had revealed itself to me, and it was spectacularly hurtful.

But the next time I was at the club, I found myself standing next to one of the senior ladies. Reta. She’d been around forever. Delivered her rock straight from the hack without sliding out, very old-school. Reta had seen it all, on and off the ice, including the complainers making my life miserable at the meeting the other night.

If pandemic life has shown me anything, it’s that most people are doing their best to call the right shots and triumph over this life-changing COVID-19 opponent.

It’s also shown me that loud voices all around us will complain if they see things differently or feel they’re not being treated fairly. The loudest voices are always looking for someone to blame.

It’s shown me that when conditions change, strategies have to change, too – mask-wearing, school openings and closings, vaccine supply, vaccine rollout, quarantines and testing and on and on. It’s all new, and we all just have to keep doing our best.

But perhaps the most significant thing this pandemic has shown me is that blaming the skip doesn’t help any more in life than it does in a curling game. When we win – and we will win – it will be because we worked together as a team. 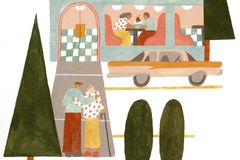 My bruises come from martial arts but it wasn’t always that way
May 16, 2021 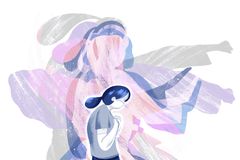 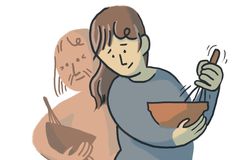