I had a new addiction. I wanted to stop, but I couldn’t. I was preoccupied, day and night. Sometimes, I even forgot to eat. And if I woke up in the middle of the night, I’d try to squeeze in a quick fix.

It began after we brought home a second pug, to keep our first one company. When they curled up in bed together, like two little loaves of bread, I felt compelled to capture their overwhelming cuteness in a photograph. When the puppy leapt over the three-year-old’s back, determined to get to the food bowls first, I took a flurry of pictures. No matter what the twosome got up to – racing around the backyard, chasing birds and squirrels or playing tug-of-war over a toy – I filmed their endlessly entertaining shenanigans. Immortalizing the adorable dog duo in digital form started to monopolize my time. It was a clear case of cuteness overload.

If I could speak with my dog, imagine what I’d learn?

My teenage son looked up from his iPad one morning and said, “Why don’t you post all those pug photos on Instagram?”

“Instagram?” My eyebrows shot up my forehead. What a brilliant idea. Why not share them with the world? It seemed almost selfish to keep the precious images all to myself. It might even raise me up a notch or two in my son’s esteem. I decided to dive headfirst into the social-network pool. (Little did I know that it would turn out to be a whirlpool, and it would quickly suck me down into its vortex.)

After downloading the app, naming my profile @2perfectpugs and posting a photo, I anxiously awaited the first “like.” When a tiny, red heart flashed onto the screen, my own heart fluttered with excitement. It was instant validation. Someone out there had recognized my pugs’ bewitching charm.

“It was me, my son said, bursting my bubble. “It’s like Facebook. But instead of friends, you need followers. You have to follow other people, then they’ll follow you back,” he said, dismayed by my ignorance.

Taking his advice, I searched for other pug accounts and followed them. I noticed they all had hashtags at the bottom of their posts, so I added them to my posts, too: #squishyfacecrew, #obsessedwithpugs, #flatnosesociety, #pugmania and #dailydoseofpug. The strategy worked. In a matter of days, I had more than 1,000 followers. I raised a fist in the air. I did it! My son was impressed.

But my jubilation was short-lived. Doug the Pug had 3.8-million followers. He wore flashy outfits and struck funny poses and posted witty remarks. He travelled to all the big American cities, conducting “meet and greets” with adoring fans and schmoozing with celebrities on red carpets. A jolt of competitive envy edged out my former feeling of pleasure. Clearly, I had to step up my game. Sweet images of my pugs, sleeping snug in their bed, weren’t going to cut it.

My focus was now fixed on increasing the number of followers and likes. In the winter, I shot my pugs prancing in the snow, wrapped in colourful scarves and coats: 50 likes. An improvement, but I had to do better. I studied some of the other pugs I was following. The Pugdashians had an entire room dedicated to their costumes. Dresses. Jewellery. Wigs. I couldn’t compete with that level of dedication and financial investment. But humour also seemed to be a key ingredient in their posts.

I had an idea. St. Patrick’s Day was approaching. With a fist full of treats to reward compliance, I adorned my elder pug (the puppy would never sit still long enough for staged shots) in an emerald-green cap, hung a tie around his neck and positioned him next to a bottle of Irish whisky. Admiring comments poured in from all over the world: Australia, Brazil, Japan, Russia, Scotland and Sweden. Five hundred likes! Now, I was hooked.

I’d wake up each morning and check the latest posts from my international pug pals. Pugs in Japan posed in front of cherry blossoms and temples. London pugs posed in front of Buckingham Palace and Tower Bridge. Instagram was a cheap and easy way to vicariously voyage around the world. Some days, it felt like I’d traipsed across the four corners of the planet, before I’d consumed my morning coffee.

Making entertaining videos was the next necessary step up the ladder of notoriety. I recruited my son’s help. I filmed our pug puppy leaping over a log at the park. Then my son put it in slow motion, added a shimmering, mauve filter and music (the Chariots of Fire theme song): 200 likes. Not bad, but how could we possibly compete with films such as the wedding of Puggy Smalls to his girlfriend, Pop Sausage, (a dachshund)? Their extravagant honeymoon featured scenes in a fancy hotel. They wore white, terrycloth bathrobes, while sycophantic waiters filled flutes with champagne.

The pressure to be creative and original was never-ending. Everyday had a theme: Sunday Funday, Matchy Monday, Tongue out Tuesday. The latter was my favourite, some pugs simply yawned, while others licked ice-cream cones or latte foam or another pug’s ear.

Instagram had taken over my life. My screen-addicted son became annoyed by my constant distraction. After school one day, he said, “Can you please stop checking how many likes you have and talk to me?”

Even the pugs were chagrined, despite all the extra treats they got during photo shoots. They’d paw at me, with a pleading look in their eyes: “Put down your phone and play with us, please!”

I had all the classic symptoms of an addiction: mood swings, glazed eyes and frustrated family members. Maybe that was why Facebook (the owners of Instagram) had blocked Canadian users from seeing how many likes other users had garnered, hoping Instagrammers would shift their focus back onto the photos, instead of on their popularity. At first, I was resentful and angry, like a child whose toy had been taken away. “I want my likes back!” But when I was forced to forget about the numbers and refocus on the lovable, squished-up pug faces that had inspired my initial interest in Instagram, all the tension drained out of me and joy seeped back in.

Besides, deep down, I knew that self-esteem should be based on more than the number of likes received for a photo. And social media should never replace face-to-face interactions with friends and family – and pets. Still, in moderation, exchanging photos with other pug-lovers is a fun way to pass the time. 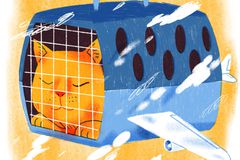 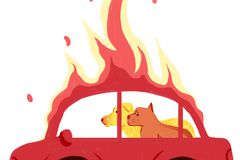 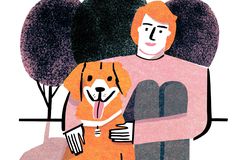