“What the hell are they doing there?” Was it a backhoe tearing up the sidewalk? A pile of dirt freshly deposited on a neighbour’s front lawn? A pickup laden with equipment backing into a nearby driveway? Whatever it was, dad had to know what was going on.

Suburban Halifax in the 1970s wasn’t exactly a thrill a minute. Our little neighbourhood clung to the edge of civilization: the forest began down the block and didn’t stop till it hit Manitoba. A fire station moved in when they started tearing down the forest for new subdivisions, but that was all the action you were likely to see in Rockingham.

On the plus side, that small-town vibe knit neighbours together. If you needed an egg, you asked, and not just because everyone knew everyone, but because the nearest grocery was a mile away and there were no such things as corner stores in that far-flung suburb. Everybody’s kids played with everybody else’s in yards both front and back late into the evening. Sirens were rare. There was precious little excitement, which is probably why my dad’s principal hobby was staring out the picture window at whatever small drama unfolded that week in our little world.

“What the hell are they doing there?” He made it sound like an accusation: who were these people waltzing into this quiet suburb – his quiet suburb – and depositing gardening soil? Or performing scheduled maintenance? Or renovating things? If this was nosiness, it was entirely benign, driven by a sense of responsibility and concern, of ownership for the neighbourhood and its inhabitants. That’s a core feature of small towns and their ilk: connection, of people to a place and to each other.

If something especially noteworthy was happening, some extraordinary feat of engineering or construction, it required close monitoring and dad got out the binoculars, an old pair of Hoya 7X35s he had bought on vacation in the Bahamas.

He’d scan the horizon like a ship’s captain, itching to give orders to the crew. Sometimes he would even wander over to personally scrutinize the work. I’m certain he didn’t hesitate to give his opinion of how things could be done differently or better, but in a way that said, “I’m one of the guys.” Being the man of the house, a father of four and a manager for decades, it’s not easy to let go of the need to direct.

Dad sold the house a few years ago, after mom went into a nursing home. He took the binoculars to his retirement residence – it had a city view of which he was especially proud. When he moved again, he lost the view and the need for binoculars. Then mom died. He’s been giving away things that are meaningful to him over the last several years, slowly divesting himself of memories and family history. Vintage textbooks went to the grandson who followed him into engineering. The silverware went to a granddaughter. And me? I got the binoculars.

That’s when I discovered, “What the hell are they doing there?” is hereditary. From my 20th-storey perch in downtown Toronto, I can watch what the hell they are doing for miles around: passenger planes on approach to the city centre airport; harbour traffic coming and going; the Gardiner Expressway getting replaced one monster chunk at a time; an army of cranes rising and falling, throwing up progressively taller condos all around. It’s my TV. I scan the horizon daily and watch while a city reinvents itself before my eyes.

The value of an old pair of binoculars increased dramatically when COVID-19 drove everyone into quarantine. In a shut-in world, it’s become important to do something as simple as stepping out onto the balcony and confirming there’s a world where things are going on outside our four walls. That view is nothing like the detached houses, front lawns and peace and quiet of my childhood. Unlike my dad, I’m not about to stroll down to the Gardiner and offer my opinion of how the construction should go, but checking in with the neighbourhood – however vicariously – creates a connection. I can pick up every detail and imagine a dozen different stories for each, as I sweep the horizon with an old pair of binoculars with only one working eyepiece. I think that’s why dad loved doing it: the connection it provided with the world, if only as a spectator. That’s become more important than ever, now that the outside world has receded beyond our grasp.

I like to think about the world dad saw through those old binoculars, and the one I see now. It’d be easy to wax nostalgic about them, but 40 years of our little lives in our little suburb passed through those lenses: they have a history for us. Dad’s world has shrunk, while mine has grown. He has his retirement home to putter around in, walks around the block and visits with my sister. He’ll always be the man in charge, checking on things and offering advice, solicited or otherwise: it’s who he is. It’s who he needs to be.

But he doesn’t need binoculars to keep tabs on things any more, so he’s handed them off to someone else who can scan the horizon, check in with all the goings-on and wonder incredulously, “What the hell are they doing there?” 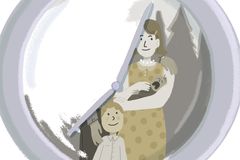 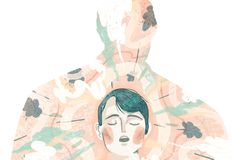