“Of course you can have my books.”

That was Dad, at least a year before he died. We didn’t know he was sick then but we were talking about his will nonetheless, because that’s the type of person he was. Dad was a planner, like me. Rather, I’m a planner, like him.

Besides my left-handedness, I take after Dad in more than a few ways – some of which I didn’t really notice until after he died, which is pretty funny because now the similarities seem so obvious. There are the big ears, the studiousness, the introversion, the ridiculous unwavering commitment to punctuality. And there are the books.

As a teen, I discovered James Baldwin on Dad’s bookshelf while in search of Black writers. As a kid, I had read most of The Baby-Sitters Club books, followed the Sweet Valley twins into Sweet Valley High and dipped and dabbled in a few other books that centred white American girls. Without fail, in those books, the authors’ introduction of Black or non-white characters was always so jarring that it othered me before I knew “othering” was a thing. Even as a preteen I knew that every character who wasn’t singled out as being “African-American” or “half Japanese” or whatever, was white by default, obviously.

I found Baldwin’s Go Tell It on the Mountain on Dad’s bookshelf. Baldwin’s honesty, which some might call anger, is one of the traits I most admire about him. Dad’s copy had a review from The New York Times describing it as “beautiful, furious, extraordinary.” I wonder if we’d find a Baldwin text that couldn’t be described in this way? I wonder now what Dad would have said.

I was probably too young to really appreciate Baldwin at the time, but Go Tell It on the Mountain was a gateway to other Black authors. Back then, it started with African-American writers, especially those of the Harlem Renaissance. Back in the 1990s, that was the go-to for people like me looking to read Black writers. That, and Eric Jerome Dickey. When I returned to Dad’s shelves and picked through the titles, I noticed books on the Caribbean and from the Caribbean. Finding these books shaped me as a reader. I developed a thirst for books and a taste in books. I would go to the public library and bookstores knowing what and who I was looking for.

Over the years, Dad’s book collection grew substantially, as did mine. I sometimes talked myself out of buying books because did I really need more? But I decided that I would stop denying myself books, especially ones by Black authors. Buying those books meant I was supporting them and letting publishers know there was a market for all types of stories by all types of writers.

I don’t know how many books I have, but I know that my collection, bolstered by the books I’ve inherited from Dad, brings me joy. I’ll probably never read some of them, but having them around makes me feel fulfilled in some way. I like to think that I’m the keeper of something important and that if in some dystopian future a reader needs a title that’s gone out of print, I could provide it. I wonder if books could be my legacy?

Some of Dad’s books are falling apart, like his copy of Black Skin, White Masks by Frantz Fanon. It seems Dad bought it when he was a student at York University, which explains the brittle, yellowed pages and the price on the sticker. Books like these are now classics, and while I’m sure they’re unlikely to go out of print during my lifetime, what’s more important is that they’re Dad’s books. Since he entrusted them to me, it’s my job to care for them until I pass them on. Who knows when someone will need them?

After Dad died, when I visited Mom, I’d spend time with the bookshelves in her basement. Sometimes I’d sit on the carpet in front of them and just enjoy their energy. I’d speak to them like people do with plants, pick up certain favourites and plan to share some with people I thought might enjoy them.

When I sit in front of my shelves, I dream of a library in my own home one day. I want at least one room dedicated to books, where their energy can be absorbed from a comfy papasan. And there will be plants because that was another one of Dad’s loves.

I’ve learned a lot about him since he died, partly because people feel compelled to share memories they have and partly because I continue to discover Dad through his books. Now when I look at his book collection, I see each one as an important piece to understanding the person he was. Besides being my dad, he was an educator, an academic, an Anglican and a diplomat in love with his small island nation.

There are too many things we didn’t talk about. We never really talked about what we were reading. I don’t know what kinds of books he most enjoyed or if he had a favourite. I wonder what he’d say about the writings on race and revolution in his collection, and I wonder what he learned about masculinity over the years. While there are many questions I wish I had asked and so many conversations I wish we’d had, I’m happy to have his books. Because I see the collection he left behind as a way to know him better, and I look more closely now.

I tell my middle-school students that they are lucky to have access to so many diverse books these days. My dad’s bookshelf mitigated whatever limitations existed for me while I was growing up. I learned that I love fiction, especially short stories. They made me want to write and helped me find my people out there in the world.

This was Dad’s legacy – not the books per se, but the way his collection made me believe that I could find books about me and for me, books I could see myself in. And what a difference it has made.

This week, First Person celebrates fathers and fatherhood. Read them all: tgam.ca/first-person 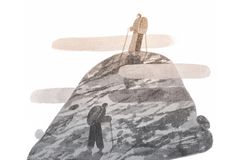 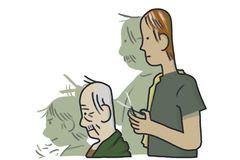 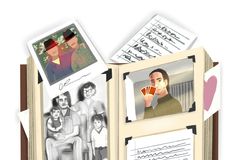