What is it about Christmas that makes so many music idols decide that this is their opportunity to come out as soul artists, mournfully droning out Christmas classics like dirges, or worse, long-lost love songs? There’s something about O Holy Night that brings out so much angst that you would think someone found out that their girlfriend has another girlfriend.

It was the blues artists who started it. It felt very cool when Have yourself a Merry Little Christmas came out sounding like something you’d hear in a downstairs N’awlins bar and we could stand there with our glass of acidic white wine and feel sophisticated, before we learned that red wine was better for us. Then the country artists got in on it, making up their own sad songs about lovers leaving and dogs being run over – at Christmas. Most of us have had those Christmases when we would rather not watch A Wonderful Life during whatever downward spiral is playing out in our lives, or replaying from Christmases past.

We’ve all staged our own small boycotts during those most awful years, in significant acts of minor defiance – not putting up Christmas lights, leaving the tree in the closet, missing brunch, being sick, mouthing during singalongs – these are ways we find to exorcise our Christmas demons. Denmark may have the right idea where they literally dress up as demons and terrorize the countryside for a few nights.

I went on strike for several years after a devastatingly public relationship breakup that happened over Christmas, complete with the dog dying in the arms of the teenager that ran over him. I gave away all the decorations that the ex had imported that year in a pathetic midlife attempt to start a business, and half of everything else. I quit giving gifts to friends. I stopped wearing red. I didn’t laugh at A Christmas Story.

We have all been there. If we’re not there this Christmas, we do not want to be reminded of the time we were there. We do not need Bryan Adams making us feel even worse about Christmastime. The season already feels like everyone else is having a merrier time than we are.

My mother – a teacher who raised five children more-or-less on her own – had one time that I know of that she called her own: Christmas Eve. When everyone was in bed, gifts placed under the tree, dishes of candy and oranges set up on the dining table for us to wake up to, and a bird defrosting in the sink, she would turn on the radio and listen to Handel’s Messiah at 11 p.m. It kept her up till one in the morning. As I lay in bed, I could hear the ethereal voices and trumpets celebrating the wonder of redemption. Yeah, Messiah has some sad parts, too, but over all, it’s pretty upbeat. My mother did this every year as long as I lived with her, even during her own desperate years.

Despite my own postbreakup haze, that childhood memory of my mother, sitting by herself on the couch on Christmas Eve, being taken to whatever private world she needed by the music, was truly redemptive. It kept me connected to the hope that Christmas is supposed to bring – even when personal joy eludes us. When I gave up Christmas, I still listened to Christmas music – no decorating, no baking, no lights – just music.

Eventually, I had a child, which would have forced a return to full-on Christmas, but their mixed ethno-religious heritage meant I could minimize the whole thing in the name of ecumenical parity. Christmas Eve came at our convenience, sometimes several nights in a row just like Hanukkah. We had a table-top tree that a roommate had given us from a garage sale, decorated only with blue lights. We lit two sets of candles. But the poor kid had to listen to Christmas music from about Remembrance Day onward, as music was what I like the best about this season. Like the people of Whoville, it wasn’t about the stuff, or even the food.

Whether unto you a child is born, or stars appear unpredictably across the desert; whether you’re dreaming of a white Christmas or dashing through the snow; whether you see ships come sailing in your mother kissing Santa, most Christmas songs – except the Old English Hey Nonny Nonny ones – are not meant to be sung with angst and weltschmerz. So don’t croon Silver Bells, or be sad that the night is silent. King Wenceslas was trying to be a good guy – he brought food and drink to the homeless and let his page and that homeless person walk in his footsteps. You know, so that it was easier.

People do have reasons to be sad at Christmas and mental-health issues are more intense at this time of year than any other. We just don’t need the music that once made us happy resonating with that.

So, Mariah, step up the pace on that Little Town of Bethlehem and Taylor, stop dragging your babe in the manger. If Bing Crosby could make us feel good about snow with his melancholy voice, surely you can, too. 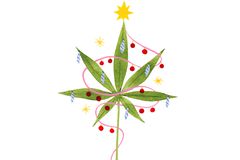 The joy of a musically mangled Messiah
December 18, 2018 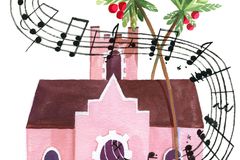 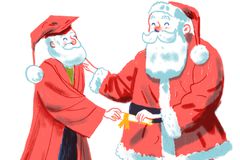