Cat person? Dog person? What am I? Neither, I delight in telling all who ask. I’m a bird person.

My mighty gods are winged and fickle: Zeus is a five-year-old, lemon-yellow and lime-green budgie with the temperament of Gandhi. Zephyr is two years old, spotted black, white and robin’s-egg blue, like an abstract painting. His temperament is akin to Donald Trump’s.

Zeus is gracious, giving and patient. Zeph is bodacious, suffers from Me-Me-Me syndrome and always has to be first – to the food dish, to the lettuce, you name it. Despite their differences, they are best buddies.

Their daytime haunt is a wooden rack to dry clothes. It sits in front of an east-facing window, with paper underneath it and toys hanging from it. From here, they watch the neighbourhood goings-on, keeping a close eye on Henry, the chunky tabby who lives across the street and thinks any nearby lawn is his personal litter box.

Henry often sits in his front window, facing west, surrounded by sheer curtains. I wonder if he can see my birds.

I also wonder if Zeus and Zephyr are keeping an eye on Henry when he’s behind the glass or if they are more concerned when he saunters over for a look and to use the loo.

My birds – also known as the boys – roam free. Their cage door is always open and they can go to their playground in front of the window. When watching TV, I bring the cage into the room and they fly in and join the fun. They are fond of football and hockey as they think all of the cheering is for them. Curling, not so much.

I am the flock leader. Both birds were about four months old when they became part of the family. As babes, they were taught to sit on my finger and shoulders, and tolerate a smooch on the breast. With clipped wings, they had little choice unless they wanted to run like the wind across the hardwood floor. Once their wings grew out and they could take full flight, hanging out with a human became optional and now depends on whether they are in the mood for such shenanigans.

As a kid, I yearned for a cat or a dog. My parents and my allergies squashed that dream. I budgie-sat for a friend about 25 years ago and fell in love with Sweetie. Sweetie did not fall in love with me, but did teach me that budgies are, for me, allergy-free. Since then, my life has been filled with feathers and chirps. And lots of love.

Initially, I had only one bird – Scoop. He was a pet-store purchase with clipped wings and was probably a bit scared. I was timid and unsure with how to deal with him. He was a fast runner and a good biter and I would throw a dish towel over him to catch him. He soon realized there was a safe zone behind the stove and my little 35-gram friend and I would have showdowns, with me sprawled across the kitchen floor trying to coax him out of seclusion.

I soon realized that he was probably a bit lonely, and from that point on I’ve always had two budgies. And I’ve always had boys. They supposedly pick up speech much more easily than their female counterparts. You can tell gender by looking at their nostrils. If the surrounding area is blue or purple, it’s a boy. Beige or tan means it’s a girl.

One year for Christmas, I gave my parents a budgie. I asked my dad beforehand if I should get mom a budgie – she had one as a child and loved it. He said absolutely not and so I got them a cage and a lovely robin’s-egg-blue-and-white boy. I somehow managed to keep the bird a surprise – despite the fact that on Christmas Eve, Dad said he could hear a bird chirping. I told him he was hearing things.

They sure were surprised to find Kia in his cage under the tree. He, too, was a pet store purchase, but tame from Day 1. We brought him out of the cage and he was happy to sit on our fingers and shoulders. He was smart, too – they taught him to say “pretty bird” and “baby bird” and were thrilled when he would perch on a glass of water and take a sip.

My mom would put water in one of her lovely depression-glass bowls and put it near his cage and he would fly out and take a dip. His bathing on the coffee table in the living room never failed to amuse and delight us all. He was beautiful inside and out.

The term “bird-brain” is a misnomer. Budgies remember people, they remember the layout of houses and they know what and whom they like and don’t like. Despite their small size, they have their own distinct personalities. One of the sweetest budgie boys I’ve ever had was with me for two years. Others have brought me joy for more than a decade. I have been the flock leader to eight precious babes.

My little friends have taught me more than I have ever taught them. I have learned that curiosity is essential to an interesting life, vegetables are good, friendships require much give and take, and sunshine makes me happy and want to sing. 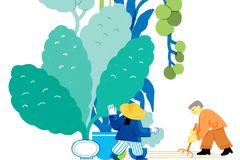 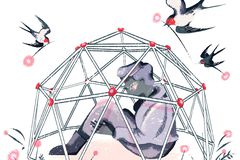 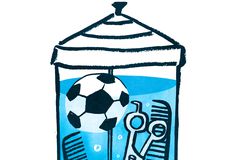